Posted on February 10, 2020 by DrinkPreneur in Beverage Innovations with 0 Comments

Tri-state restaurateurs, caterers, and foodies will be the first to sample and stock up on the newest in fine kosher wines, spirits, and creative cuisine when the 14th annual Kosher Food & Wine Experience (KFWE) returns to New York on Monday, February 17, 2020. The popular showcase will take place at Pier 60, Chelsea Piers (23rd St. and West Side Highway, NYC).

Hosted by Royal Wine Corp., New York’s foremost kosher showcase will welcome visitors with samples of more than 700 notable kosher wines and spirits from around the world – many with 90+ ratings – all under one roof. In addition, dozens of the area’s foremost chefs, caterers, restaurateurs, and gourmet specialty companies will serve delectable bites of their unique kosher creations, from traditional fare to poke, buffalo, and barbecue to fusion cuisines from France, the Caribbean, and beyond.

According to Nathan Herzog, President, Royal Wine, “We see an exceptional bounty of wines from every major production region in the world coming to market in 2020.” Of special interest, he says, are extraordinary bottling such as Château Léoville Poyferré Saint Julien 2017, Château Giscours Margaux 2017, Flam Noble 2016, Champagne Drappier Rosé de Saignée, and Herzog Single Vineyard Calistoga 2016.

After more than a century of family history linked with the world of wine, Baron Edmond de Rothschild expanded the legacy in 1973 with the founding of Compagnie Vinicole Baron Edmond de Rothschild, which restored and replanted estates in France and Argentina. Baron Benjamin de Rothschild, together with his wife, Ariane, continued in his father’s footsteps in the production of top-quality wines of the highest standards. In 1986 they produced the first kosher vintage of Barons Edmond et Benjamin de Rothschild Haut-Médoc. By 1995, many highly regarded estates from Bordeaux such as Château Giscours Margaux and Château Yon-Figeac Saint-Emilion Grand Cru had followed suit, producing kosher wine in cooperation with Royal Wine Corp.

In celebration of the 30th anniversary of this landmark in wine history, Baroness Ariane de Rothschild will honor the event with her presence. She will be available for interviews regarding the historic cooperation between the Rothschild and Royal Wine Corp.

“Baroness de Rothschild Herzog is not only is a primary figure in the world of kosher wine,” said Herzog, “but she is an exemplar of philanthropy and commitment to Israel. It is a great privilege to welcome her to the 2020 Kosher Food & Wine Experience.”

“Nearly all the wines and spirits and much of the food on view are kosher for Passover,” noted Herzog. “The Kosher Food & Wine Experience is the perfect opportunity to preview outstanding options for the holiday at every price point.”

The Kosher Food & Wine Experience began in 2006 as an intimate wine-tasting event for a handful of guests. It quickly became the largest and most popular event of its kind, each year growing in attendance, exhibitors, and sheer variety of products on offer.

Today’s KFWE spans from New York and Miami to Hollywood and London. In New York alone last year, more than 1,500 bottles of wines and spirits were poured, attracting over 2,500 industry professionals, consumers, and press. The 2020 edition promises more samples of the latest products, limited editions, and Passover delicacies than ever before.

Organizers owe this unstoppable success to three recent trends: the phenomenal growth of foodie culture, the unprecedented mainstreaming of kosher food into the American market, and the burgeoning production of premium kosher wines from around the world. 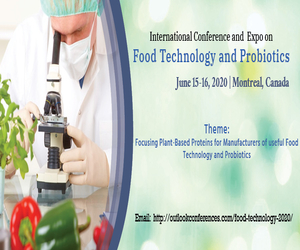