Posted on April 22, 2019 by DrinkPreneur in Brand News 0 Comments 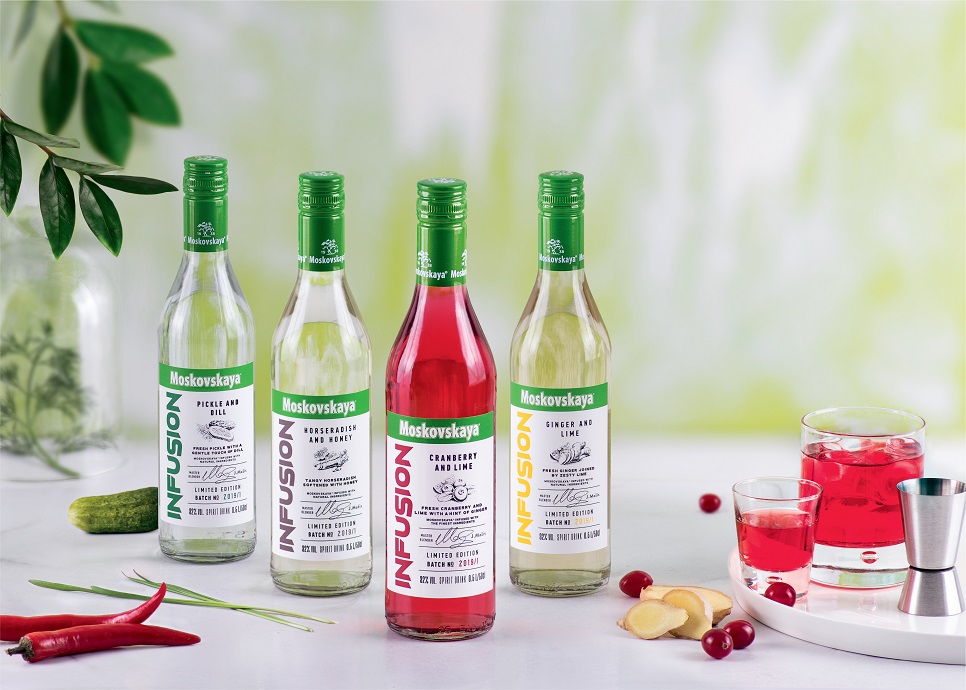 “Moskovskaya is one of the oldest Russian vodka brands, but it doesn’t mean that it can’t change with time. Even when developing something new, Moskovskaya stays loyal to the Russian heritage and traditions. The market is changing, consumer habits are changing, and we are bringing a new twist that builds on old vodka and infusion-making traditions and enriches them with East European botanicals and spices. For some this will be something new and worth trying, for others – something they have been waiting for years,” says global brand director of Moskovskaya Vodka Renatas Alekna.

The master blender of Moskovskaya Infusion, Janis Mazis, was inspired by the ways how vodka is enjoyed by Russian consumers as well how classical vodka cocktails can get new twist by adding a bit of spice or local East European herbals. Historically Russians drank vodka together with, as they call it, zakuska (закуска – Russian), a small snack that is eaten or drank after a shot of vodka – a pickle, a slice of dark bread and lard, so that was the inspiration for Pickle and Dill infusion, enriching it with bay leaves and peppercorns. Horseradish is widely used in East Europe next to the fat meat dishes as well as to make one of the most unique infusions, also known as Chrenovucha, which is again consumed with food and nice to drink in shots.

Cranberries are probably the most common complement to vodka. They are used for infusions or, even more frequently, cranberry juice is mixed with vodka or drunk after the shot of vodka. This time we have added some spice and freshness. Also, ginger is becoming more and more popular in today’s cuisine and as an ingredient in beverages; consumers who will try Moskovskaya Ginger and Lime infusion shots will notice the familiar taste of a Moscow Mule cocktail but with a quite rich and fresh taste due to the additional ingredients we use.

“Many of these authentic tastes now will be found in Moskovskaya novelties,” Renatas Alekna explains. New infusions will be bottled at 32% abv in 0.5-liter bottles, and, during the year of 2019, will be available in the Baltic States, Italy, Ukraine, Spain, Greece, Armenia, Georgia, the US, UK and Australia.