Posted on June 15, 2017 by DrinkPreneur in Exhibition 0 Comments
Map Unavailable 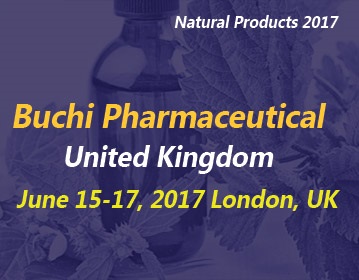 Marine Drugs and Natural Products 2017 is the chemistry of marine organisms is relatively unexplored and represents a vast resource for new medicines to combat major diseases such as cancer, AIDS or malaria. Research typically focuses on sessile organisms or slow moving animals because of their inherent need for chemical defenses. Standard research involves an extraction of the organism in a suitable solvent followed by either an assay of this crude extract for a particular disease target or a rationally guided isolation of new chemical compounds using standard chromatography techniques.  Moreover, it is likely that for every compound that does make it to the market, a better drug with distinct chemistry, improved bioavailability and less unwanted side effects can be found either in chemical libraries or among the much larger number and diversity of natural products.

In recent years, marine natural product bioprospecting has yielded a considerable number of drug candidates. Most of these molecules are still in preclinical or early clinical development but some are already on the market, such as cytarabine, or are predicted to be approved soon, such as ET743 (YondelisTM). Research into the ecology of marine natural products has shown that many of these compounds function as chemical weapons and have evolved into highly potent inhibitors of physiological processes in the prey, predators or competitors of the marine organisms that use them. Some of the natural products isolated from marine invertebrates have been shown to be, or are suspected to be, of microbial origin and this is now thought to be the case for the majority of such molecules. Marine microorganisms, whose immense genetic and biochemical diversity is only beginning to be appreciated, look likely to become a rich source of novel chemical entities for the discovery of more effective drugs.