Posted on January 9, 2020 by DrinkPreneur in Product Reviews 0 Comments 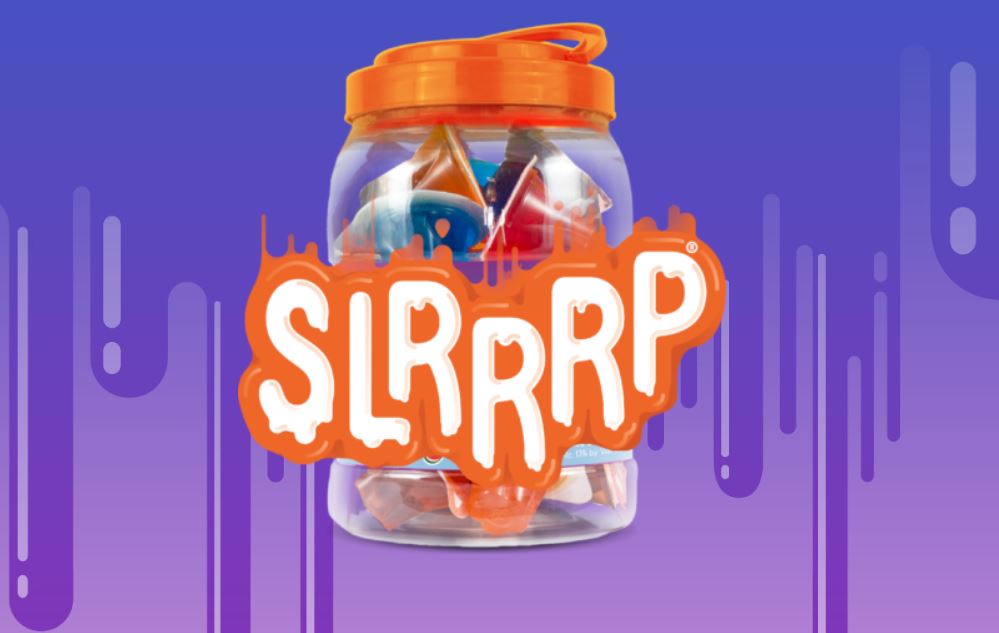 If you find traditional drinks as dull and mundane and say… vowels, then the good people at Slrrrp have come to your rescue. This alcohol-infused gelatin comes prepackaged in a party pack of five different flavors ready to consume on the spot whether they’re refrigerated, frozen, or just plain room temperature. The gelatin is infused with a premium vodka that’s been distilled six times to create a smooth taste that compliments each flavor. The gelatin itself is plant-based, making this product vegetarian-friendly, unlike traditional gelatins that tend to use animal scraps. Because the product is plant-based, it’s also less chewy and easier to consume than conventional gelatin brands.  Slrrrp is not for the traditional cocktail party attendees hoping to sip their way through the evening. Slrrrp is for those that don’t want to wait and are ready to get the party started immediately.  Why sip when you can Slrrrp?

The sweet taste of blue raspberry is met quickly with an after taste of vodka. The one-two punch provided by the combination is eye-opening and will help shake the cobwebs off of any party-goer needing a boost. Sweeter than some of the other flavors, Blue Raspberry is in the top half of the options.

Mango Unchained likely gets its name from the similarly titled Tarantino flick about slavery. This may be considered questionable taste, but the questionable taste is a conveniently adept description for this summer shot. Instead of the mango masking any of the vodka’s strength, they seem to combine into an overpowering flavor that can best be described as just consumable enough to tolerate in the name of a good buzz.

Peach Bottom is similar to the Mango flavor in that a sense of fruit is there, but it doesn’t pair as well with the vodka as other flavors. None of these are meant to be sipped, but Peach Bottom’s best redeeming quality is the name. Even then, the beach bottom pun was done better by Spongebob.

This is easily the fruitiest flavor of the group. The strawberry flavor isn’t going to mask the vodka, but it does it a lot better than the other options. Sweet, but flavorful, it’s not quite as much of a shock to your taste buds, and, for reasons I’ll never be able to explain, the vodka flavor feels more appropriate in this combination -the best of the group.

A more subtle fruit flavor than the others, Watermelon Guzzler also has a strong sense of vodka but is a more manageable combination of flavors. A more sophisticated option for those that want more of a cocktail flavor, but like the others, it is best if you consume it as quickly as possible.