Posted on January 19, 2016 by DrinkPreneur in Product Reviews 0 Comments 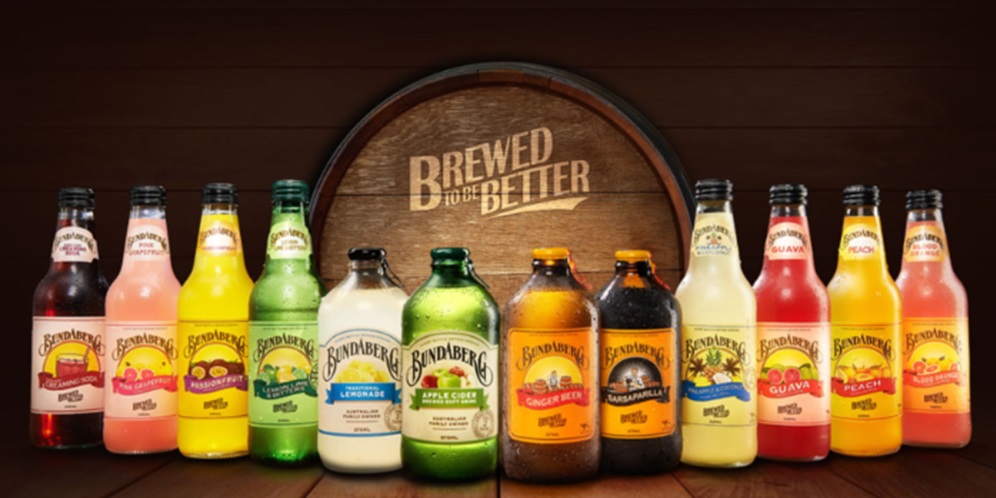 “In most cases, family businesses are stronger because of the complementary skills of their members.“ This fact was proved by one Australian family which established a brewery in early 60’s and named it Bundaberg according to the town where it is located. Time was passing, brewers gained more skills and knowledge which were used for creating new concepts of beverages. Now this company works for over than 40 years and it’s name is known all over the world.

In 2006 Bundaberg became international distributors. They are exporting production to United Kingdom, New Zealand, United States of America, and Singapore. Now their brewed beverages are successfully spread in more than 30 countries. This company has wide variety of flavourings including passiofruit, lime, pink grapefruit, blood orange and guava. Moreover, this company uses only natural ingredients and even grows sugarcane and ginger by itself, so the Bundaberg can assure the best quality of their production.

Furthermore, Bundaberg has unique packaging – a 375ml glass bottle which reminds the barrel. This company has their policy and believes that the packaging should represent the quality of the product inside, so they always prefer the glass instead of plastic bottles. Of course, it may affect the costs, but quality always comes first.

Currently, there are 12 different drinks which Bundaberg could offer to their clients including non-alcoholic beer, cider and sparkling fruit drinks. But today we will review the beer type beverages which were the company’s road to success. 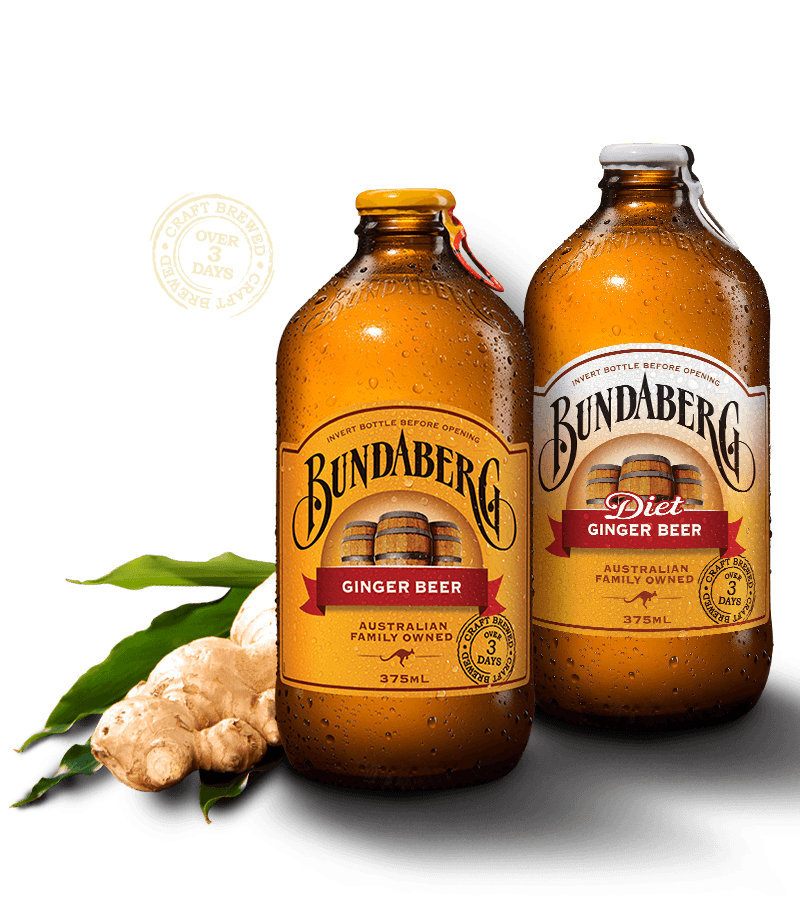 The drink, which hit the supermarkets in late 70’s expanded in the 1980’s and spread to Australia and New Zealand. That was the rock of the Bundaberg production and it is still Australia’s favorite. As always, the quality of ingredients describe the quality of the product. The main ginger beer ingredients – ginger and sugarcane – are locally grown, so the brewery crew exactly knows what to expect for the final taste. From the time you open the bottle, the bubbles from the inside try to jump out and bring very well expressed ginger aroma to your nose. You sip the beer and feel the sweet taste seasoned by the slight ginger spiciness.  When you try to remember what this taste reminds you of – the ginger tea with honey appears in your mind. And genuinely, the taste is quite similar to tea, which we drink on cold winter evenings to shield yourself from flu or to strengthen the immune system. The main difference between ginger tea and ginger root beer is that non-alcoholic beer is sparkling and served cold or room temperature. Despite that fact, Bundaberg ginger beer also has a warming effect and the light and pleasant taste. 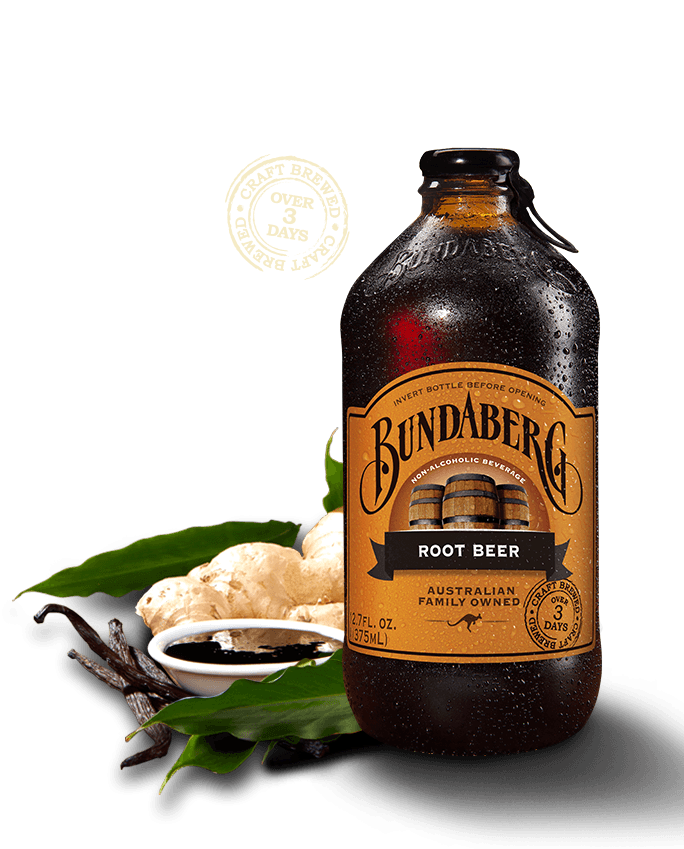 Another Bundaberg non-alcoholic beer was brewed for over three days using ginger, sarsaparilla, licorice roots, vanilla beans and molasses. These three medical herbs were used in drink for the healing properties they have. For example, sarsaparilla treats from cough, fever, chronic pain and many other diseases while ginger root is one of the herbs which has not only healing effects, but is also known for the warming properties to the body. In addition to this, the licorice root was added because it contains anti-depressant compounds and helps to avoid depression. All these herbs in one plate makes a very healthy drink, although it has a very specific flavor and surely not everybody likes it. Body of the beer is very dark and rooty so after tasting this beverage, you can feel a bitter taste which comes from the herbal mix and then cane sugar and molasses provide a sweet aftertaste which reserves on the roof of the mouth. There is a saying that you have to “grow up “to the taste which root beer has. So while some people just adores root beer, other founds it really revolting.

All in all, the secret of Bundaberg production success is not that drinks are gluten free and have no GMO containing ingredients or allergens.