Posted on August 29, 2017 by DrinkPreneur in Brand News 0 Comments 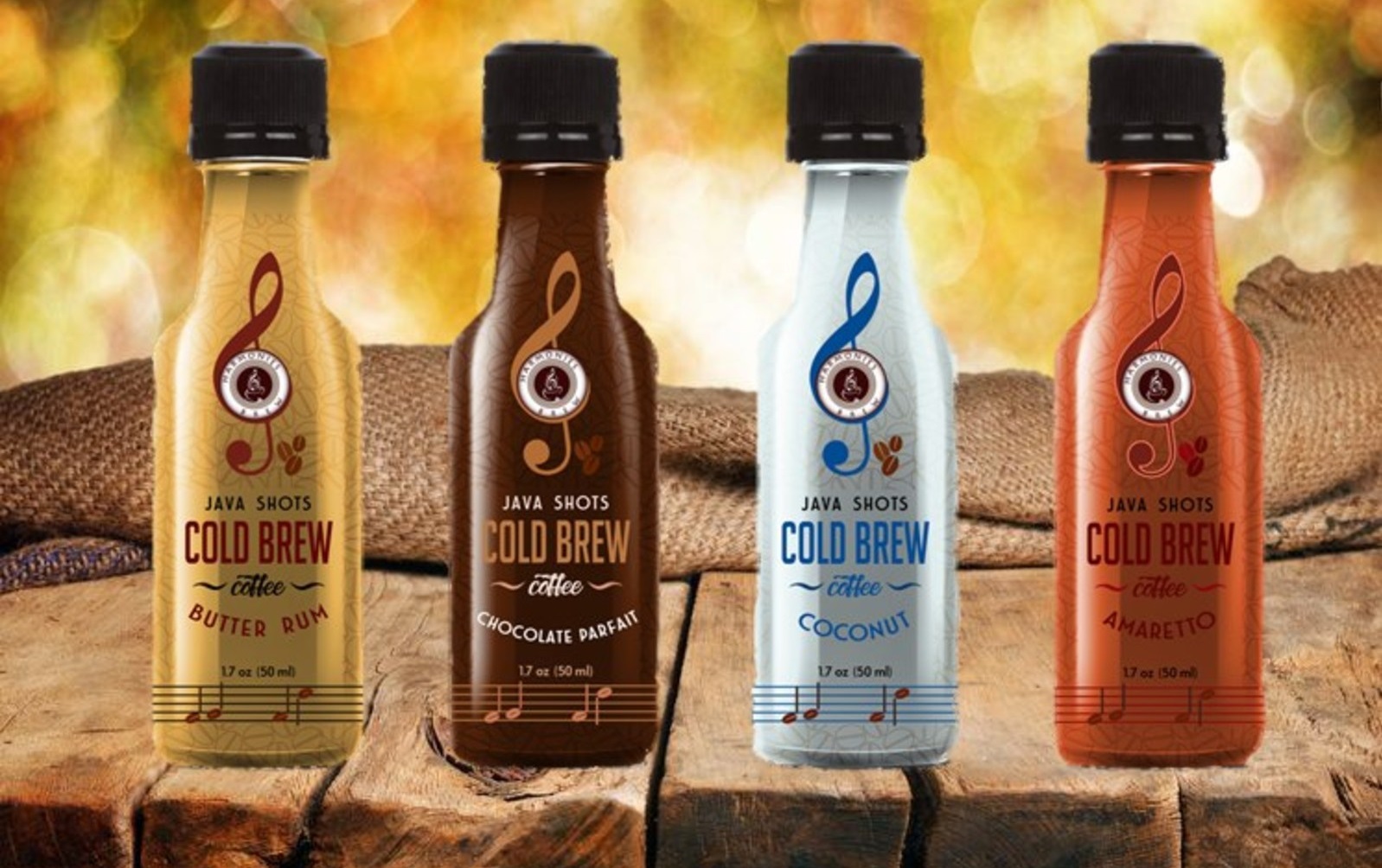 Harmonies Brew announced the launch of its newest product line: Java Shots! Java Shots are 100% Natural and Organic Cold Brew Coffee shots that are equivalent to a double espresso, making them a great natural and convenient energy booster. Harmonies Brew gathers premium coffee beans from around the world and utilizes a unique brewing process to extract their natural flavors and caffeine to create a drink with a smooth, delightful taste. They have incorporated the brew into great tasting RTD coffee beverages, starting with the Java Shots, which launch in Nov. 2017.

Harmonies Brew began as an artisan company in 2014 to help support its sister 501(c)(3) non-profit Harmonies of Hope, and now it is a growing wholesale and manufacturing company that donates a percentage of its net profits to supporting youth in the arts. Harmonies of Hope is a performing arts after-school program tailored for youth regardless of economical background to teach them vocals, dance, instruments, and drama.

The program does not turn away any interested child due to lack of funds. Harmonies Brew CEO Sereatha Virtanen stated, “At Harmonies Brew, we believe that ‘Great Coffee is like Great Music; it is all in the composition.’ We have true passion for the arts and believe that all youth should have equal access to learning and performing within the arts. Harmonies Brew’s mission is to make a positive impact within the community through delivering quality coffee products — one child, one community, one bean at a time.”

Not only is getting a boost from nature a great concept, Java Shots also uses organic coffee as a base in the world of energy boosting drinks. “Our goal is to become a healthier alternative to other energy shots on the shelves that give consumers a great-tasting, convenient source of natural energy boost when they need it,” states Philip English, Executive Manager of Operations for Harmonies Brew LLC.

“It solves the No. 1 consumer dissatisfaction of not being able to find a healthier choice of an energy-booster that tastes good. Our products are 100 percent natural and organic, and are convenient for when you need that lift most during your day.”

Java Shots’ appearance is very appealing, consisting of a 50 mL bottle similar to those used to serve alcohol on a plane. The bottle’s design combines the Harmonies of Hope non-profit and the coffee blend of Harmonies Brew with a musical note that accentuates the product’s affiliation with the arts. These unique little coffee shots come in four very appealing flavors of Coconut, Butter Rum, Amaretto, and Chocolate Parfait.