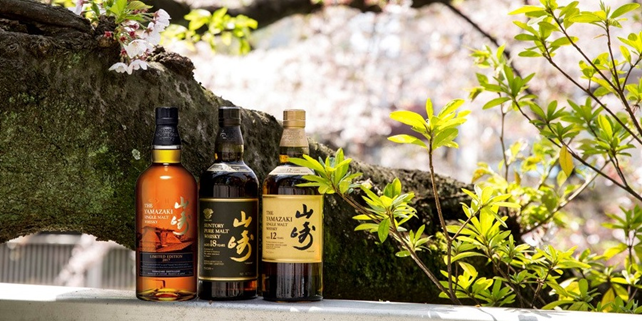 Shoppers at dekantā will be among the first to sample Suntory’s Yamazaki Limited Edition release for 2017, as the world’s largest e-commerce retailer for high end Japanese spirits is the only online store offering the whisky for pre-order. The 2017 edition is the latest of Yamazaki distillery’s annual limited edition single malts, a tradition that began in 2014. The bottlings have grown increasingly popular, and new releases are shrouded in secrecy. Those who pre-order bottles of the Yamazaki 2017 Limited Edition will have first access to taste and experience a spirit which represents a piece of Japanese whisky history.

“We’re thrilled to be able to offer our clients a taste of this very special whisky before anyone else online,” said dekantā founder Makiyo Masa.

“This year’s bottling is expected to build on the reputation of previous releases, which have offered us some of the most delicate, smooth and deep whiskies in the world. With experimentation at the forefront of the Yamazaki Limited Edition range, the tasting notes of each new release are notoriously difficult to predict. We look forward to seeing what the world will make of the Yamazaki 2017.”

Included in dekantā’s extensive collection of whisky from Yamazaki distillery is a bottle of the Yamazaki 50 year old single malt, which claimed a Guinness World Record for the most expensive standard-format bottle in the history of time when a bottle was sold at a Hong Kong spirits auction for HK$1.003m (US$129,186) last October. Currently priced at US$119,999.99  on dekantā, this is as decadent a drinking experience as they get.

Other rare releases available on dekantā include the Yamazaki 25 year old and the Yamazaki 18 year old, which have both won international whisky awards, and the Yamazaki sherry cask 2013 edition, which was declared the best whisky in the world in Jim Murray’s 2015 Whisky Bible.