Posted on April 3, 2017 by DrinkPreneur in Beverage Innovations 0 Comments 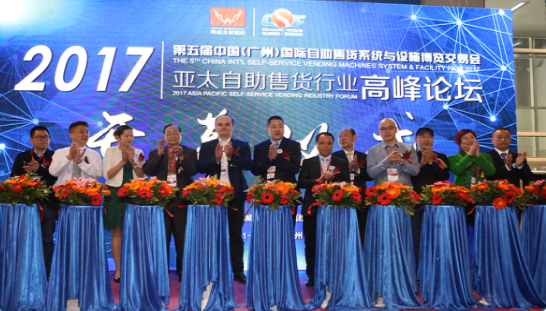 Bustling with business talk and footsteps, China VMF 2017 witnessed numerous contracts signed on site and the birth of a new record for trade volumes and many exhibitors received oversea orders on site.

According to the result of our questionnaire, most of the oversea visitors were here for purchasing vending machines, components, looking for supplier, signing agreements with some producers, etc, which gave exhibitors various business opportunities. Judging from the situation on site, it could be told that most of our visitors were varied satisfied with the quality of the show and most of them enthused that they would love to attend the next edition.

One of the most impressive aspects of the show was the diversity of vending machines. A wide range of goods sold by vending machines could be found on site, from the most common ones to the most unconventional ones, such as fresh fruits, vegetables, seafood, meat, lottery tickets, fresh squeezed juice, facial masks, hot meals, etc, which strongly indicated the trend of diversity.

Drawing the Attention of Media at Home and Abroad

Besides, with a relatively high position in the industry, Vending Info, Autoxinxi, Guangdong Radio and Television Station, Guangzhou Television, TVS, Asia Pacific Economic Times, Nanfang Daily, New Express Daily, Vending Report from Germany, Vending International from UK, The Amusement Industry Catalogue from Russia, VENDING TIMES from America, Casino Life & Business, Casino Inside and Vending Inside from Romania, InterGame from UK, Your Vending from Ukraine, etc, also posted detailed reports before or after of the show.

China VMF 2017 has concluded with great success. If you are interested in the next edition, please follow our website or twitter for the latest development of China VMF 2018. You can also register as our exhibitor or visitor through the given information below.