Posted on December 5, 2018 by DrinkPreneur in Brand News 0 Comments 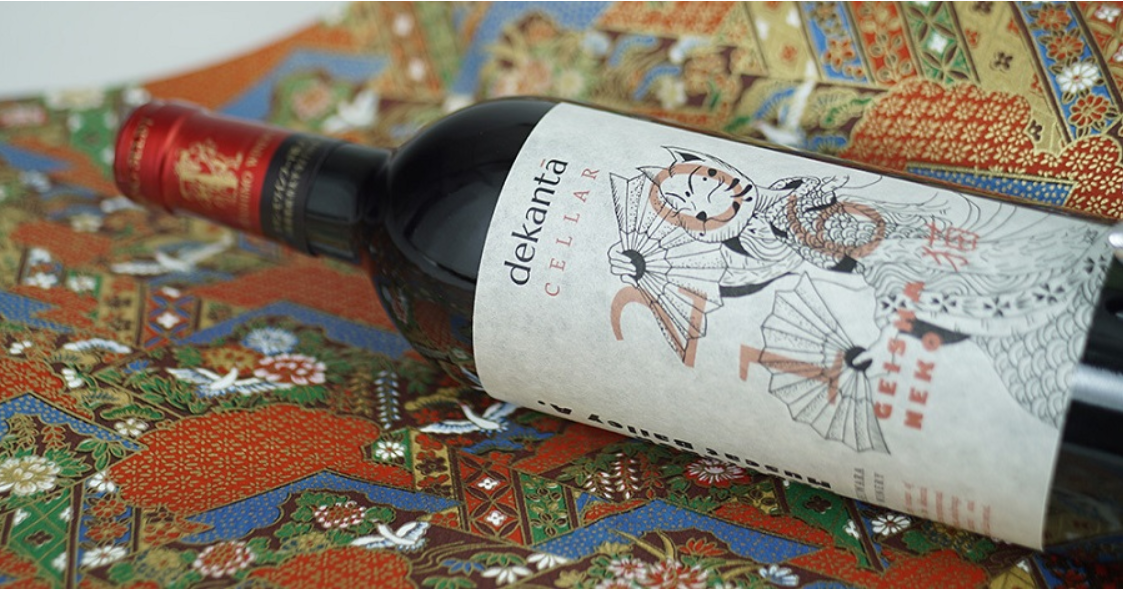 A full-bodied red wine from Katashimo winery in Japan, Geisha Neko 2016 is the first private label release from the dekantā Japanese Wine cellar.

Having launched an inaugural selection of 40 Japanese red wines in February 2018, Japanese whisky and wine specialists dekantā have introduced a new line of independently bottled wines, starting with a red wine from the Katashimo winery with an illustrated label influenced by Japanese cultural history.

Geisha Neko 2016 is a full-bodied dry Japanese red wine from Katashimo, one of the few wineries remaining in Osaka, and one that still maintains conventional wine-making methods to produce wine that that suits the Japanese taste. This release marries the sweet berry fragrance of Muscat Bailey A with the smoothness of Merlot. Muscat Bailey A is a hybrid variety of the Bailey grape and the Muscat Hamburg, a domestically grown grape designed to withstand extremes of the Japanese climate.

The illustrated label depicts the character of the cat geisha, ‘Geisha Neko’, a reference to the way in which ukiyo-e artists of the Japanese Edo period used anthropomorphize animal characters to bypass censorship laws and continue preserve freedom of expression. Famous courtesans, geishas and stars of Kabuki theater were often depicted as animal characters in social and political art, in which visual clues were used to hint at the true identity of the subject.

“We wanted our first private label release to embody all that is unique about Japanese wine production,” said dekantā Director Makiyo Masa. “The alluring cat geisha presents this characteristically Japanese wine of Katashimo distillery beautifully, as a delightfully subversive luxury.”

From locally cultivated grape varieties to global varieties domestically grown, the dekantā cellar is a curated selection showcasing the best of red wine produce from across Japan. Several are winners of international awards; many are chosen to spotlight smaller, upcoming wine producers; all have been hand-selected for quality and their place in the origin story of Japanese wine.

Rich and full-bodied, the Geisha Neko 2016 is bursting with notes of red and black fruit, including strawberries, blackberries, and plums. The palate delivers some dry spice and liquor-ice, before a gentle dryness comes in on the finish, delivered with a full and satisfying mouth feel.

Geisha Neko 2016 and other Japanese wines are available for worldwide delivery from the dekantā cellar.