Posted on December 18, 2017 by DrinkPreneur in Brand News 0 Comments 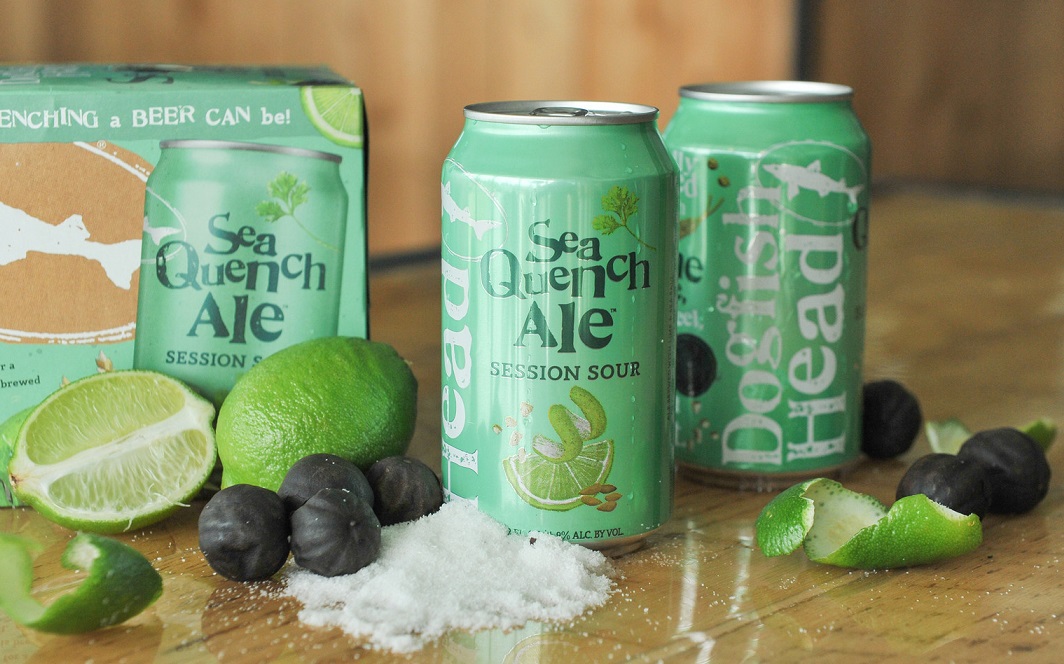 Active lifestyle craft beer fans looking to bring a different kind of six-pack to 2018 are checking out Dogfish Head Craft Brewery’s SeaQuench Ale, a 4.9% ABV session sour brewed with lime juice, lime peel, black limes and sea salt.  At only 140 calories and 9 carbohydrates per 12 ounce serving, SeaQuench Ale is easy on the waistline but super flavorful, making it the go-to beverage for fitness-minded folks looking to kick back and imbibe with zero guilt and 100% enjoyment.

SeaQuench Ale has been designed to be the most thirst-quenching beverage ever made by Dogfish Head. It’s a fat-free, low-carb beverage at only 9g per serving, while comparatively, most sodas have about 39g, the average energy drink has approx. 29g, and popular mixers like cranberry juice, grapefruit juice and pineapple juice, can weigh in at over 30g of carbs per 1 cup serving.  Enjoying a SeaQuench Ale in moderation is a significantly less caloric and less carb-rich option than sugary drink cocktails, smoothies or sodas.  If you love margaritas, minerally Pinot Gris or even crisp light lagers you will be smitten by SeaQuench.

A mash-up of three famously sessionable beer styles combined in sequence – Kolsch, Gose and Berlinerweiss – SeaQuench Ale is a session sour brewed to commemorate (and disintegrate) the 500th anniversary of the Reinheitsgebot aka the “German Beer Purity Law”.  Sam Calagione, founder and CEO of Dogfish Head Craft Brewery described the conception of the beer, “For SeaQuench Ale, we set out with two goals. First, to make an intensely approachable and flavorful lower calorie, lower carb, true indie craft beer.  Second, to objectively design the most thirst-quenching beer Dogfish has ever made as one that active-lifestyle beer fans will enjoy.”

According to a number of leading media outlets, the mission Calagione set out to achieve has been accomplished.  National online and print media sources have raised a glass to SeaQuench Ale celebrating the beer as an industry leading, consumer preferred low-cal beverage in the marketplace loaded with goodness and packed with flavor.