Posted on November 13, 2014 by DrinkPreneur in Beverage News, Market 0 Comments 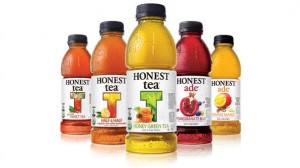 by The Coca-Cola Company.  This eight-fold increase in seven years is in line with the tremendous growth of Honest beverages sold in the U.S. that enabled the mission-driven company to hit a major milestone in early 2014 with the sale of its one billionth beverage.

“It’s exciting to see how our growth is starting to have an influence on the decisions our supplier communities make about whether they should choose organic and/or fair trade practices,” explained Honest Tea’s co-founder & TeaEO Seth Goldman. “While we’ve made a lot of progress, this mission report helps us understand how much more we have to do.”

The report explores topics such as the social INVESTMENTS

in communities where ingredients are sourced; examination of continued efforts to reduce environmental footprint through packaging changes and resource management; and the role of engagement and communication with consumers in an effort to move the mission of democratizing organics forward.  Report highlights include: