Posted on February 13, 2017 by DrinkPreneur in Marketing 0 Comments 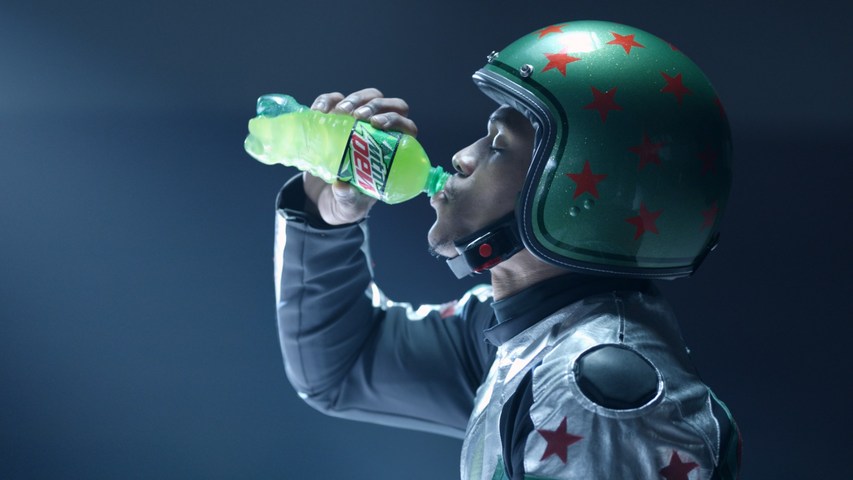 DEW will use NBA All-Star 2017 as its tip-off for The Courtside Project, a series of creative projects by NBA players, cultural creative icons and fans that will celebrate NBA lifestyle throughout the season. Through this boundary-pushing series, DEW aims to get fans closer to hoops culture off the court including everything from style and music to art and tech.

“Basketball’s influence extends beyond the sport into music, style, art and more. It’s the ‘game beyond the game’ and what we are celebrating through The Courtside Project in New Orleans and throughout the rest of the season,” said Ryan Collis, senior director of marketing, Mountain Dew.

The DEW All-Star fan experience, Courtside HQ, will serve as home base for these unique projects that celebrate hoops lifestyle. For the first project, DEW is teaming up with Don C. – hoops style trendsetter and founder of the luxury sportswear brand JustDon – to announce a Capsule Collection – Don C for DEWxNBA – to be released later this year.

“Growing up in Chicago, idolizing the greats from the game, the NBA has always been a source of style inspiration for me – from my first pair of sneakers to seeing the players walk down the tunnel on game days,” said Don C. “With this collection, I am excited to creatively expand on the ever present inspiration of the players, style icons and fans through my designs.”

For the second project, hip-hop artist, actor and long-time DEW partner Joey Bada$$ will be on hand to film the music video for the first live performance of his new track “Victory”—a love letter to basketball—which drops Wednesday, Feb. 15. Fans will have a chance to secure their spot for The Victory Party featuring Joey Bada$$ and DJ Irie by visiting www.mountaindew.com/nba/courtsidehq.

Additionally, players from the DEW roster, including 2017 NBA All-Stars Westbrook, Irving, Giannis Antetokounmpo and Isaiah Thomas, will be on-site throughout the weekend where they’ll let loose and give fans a glimpse into their passions off the court.

These appearances and projects will unfold in an undeniably DEW-themed space, mashing together classical architecture with DEW’s signature neon green, and will feature a full photo studio, designed and run by Brooklyn-based creative house, The Madbury Club. The space will serve as a hub for a rotating roster of NBA players, legends, musicians, DJs and NBA trendsetters.