Posted on October 31, 2016 by DrinkPreneur in Marketing 0 Comments 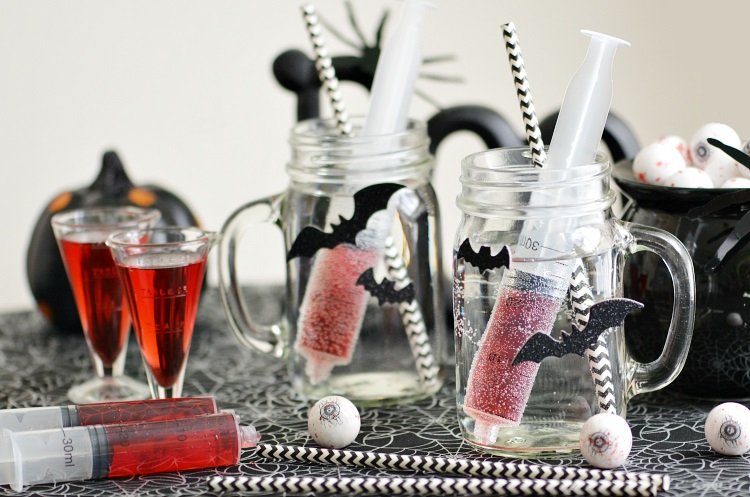 Halloween has a reputation as one of the most alcohol-fueled days of the year, and issues aren’t limited to just October 31. New data from 500,000 DUI offenders monitored 24/7 for drinking estimates that this year alcohol violations on the Saturday before Halloween will be 4½ times higher than a typical weekend. Drinking violations on the holiday itself are also expected to jump 19 percent compared to average.

Compiled by Denver-based Alcohol Monitoring Systems (AMS), the data looked at behavior patterns for high-risk, repeat drunk-driving defendants who were monitored for drinking with transdermal ankle bracelets. Because the testing protocol is automated and takes place every 30 minutes, 24/7, it allows social researchers to examine trends in the behaviors of alcohol offenders.

“The people we monitor have been court-ordered not to drink, know they’ll get caught, and know there will be consequences, including jail time. So you can imagine the rate of drinking for those who aren’t being monitored,” says Kathleen Brown, AMS spokesperson.

Resources for a safe and sober Halloween 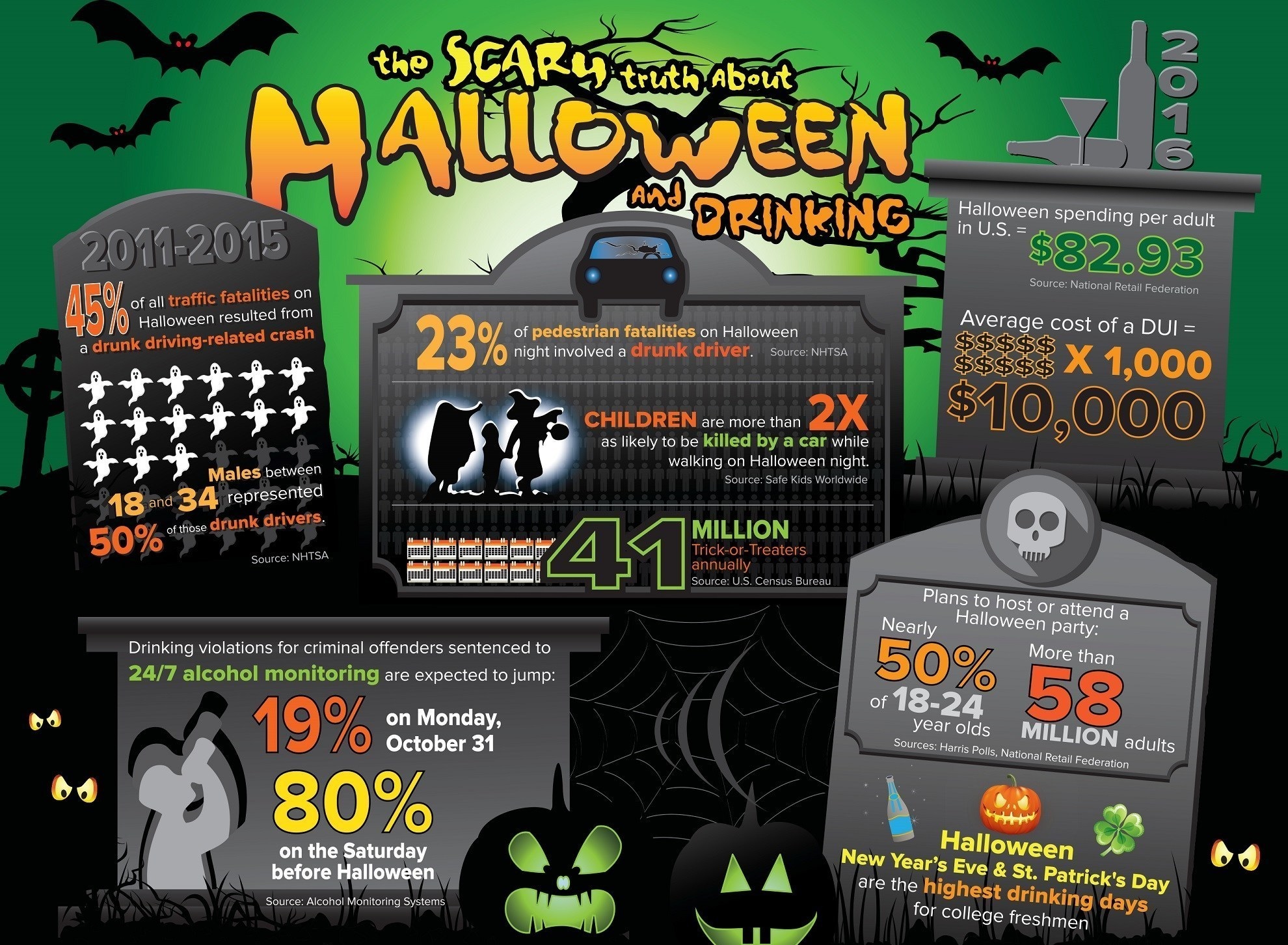 AMS has released its updated Scary Truth About Halloween & Drinking Infographic to call attention to the dangers and risks of binge drinking and DUIs on Halloween.

In addition, for 2016 AMS has launched a Safe and Sober Halloween Resource Center to provide communities with tools to drive awareness about these problems.

The National Highway Traffic Safety Administration (NHTSA) reports that between 2011 and 2015, 45 percent of road fatalities on Halloween resulted from drunk driving. Brown notes, “That’s what makes holidays like Halloween so dangerous. When people drink, they make bad choices, and injuries and fatalities skyrocket,” says Brown.