“Better-For-You” Beverage Trend Will Grow Even More In 2017

Posted on December 16, 2016 by DrinkPreneur in Market 0 Comments 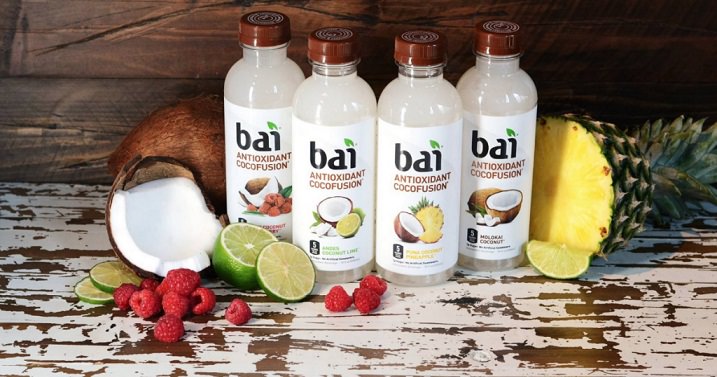 Bai was acquired for upwards of 10x sales

Last month, Dr. Pepper Snapple agreed to acquire healthy beverage maker Bai Brands, the maker of 5-calorie drinks and antioxidants, for $1.7 billion. The deal is expected to close in the first quarter of 2017, and Bai is expecting sales of $435 million over the next 12 months.

In capitalizing on the “better-for-you” beverage trend, PepsiCo also announced in November that it has entered into an agreement to acquire sparkling probiotic drink company KeVita Inc. for a reported $250 million.

According to industry insiders, Bai was acquired for upwards of 10x sales, reminiscent of the 2007 $4.2 billion Coca-Cola acquisition of Glaceau, maker of Vitaminwater.

Data service SPINS reported at industry convention BevNet Live 2016 earlier this month that U.S. sales have topped $40 billion annually in the organic and natural segment of the business.

The Bai and KeVita news is a signal that a “better-for-you” beverage revolution is underway, as moms battle the rise in obesity and diabetes among children and adolescents across the country.

Adding more pressure on the soda category, several cities have approved taxes on soda, including San Francisco, Oakland and Chicago, as lawmakers try to legislate health.

That means investors are likely searching for the next opportunity in the sector, which leads us to Irvine, California-based True Drinks Holding, Inc.

True Drinks makes Aquaball- a sugar free, naturally-flavored water with a ball-shaped bottle designed with familiar characters from Disney and Marvel like Elsa and Iron Man. It has zero calories, no artificial colors or flavors, no high fructose corn syrup and is a good source of vitamins.

The company previously announced it has partnered with distribution giant Niagara Bottling and earlier this year released a preservative-free formulation.

A recent study by the Robert Wood Johnson Foundation titled Sugary Drinks and Latino Kids shows that Latino children under the age of 5 who drink sugary drinks had 2.3x the odds of becoming severely obese, while Latino toddlers who didn’t consume sugary drinks had 31 percent lower odds of obesity.

“Our sales greatly exceeded our initial velocity expectations of 10 bottles per flavor per week and reflect consumers’ desire for healthier options for their families,” said Jeff Culbertson, EVP Sales at True Drinks. “Our dollar sales will continue to increase as we expand distribution to all of our retail partners’ stores.”