Posted on July 6, 2018 by DrinkPreneur in Packaging 0 Comments 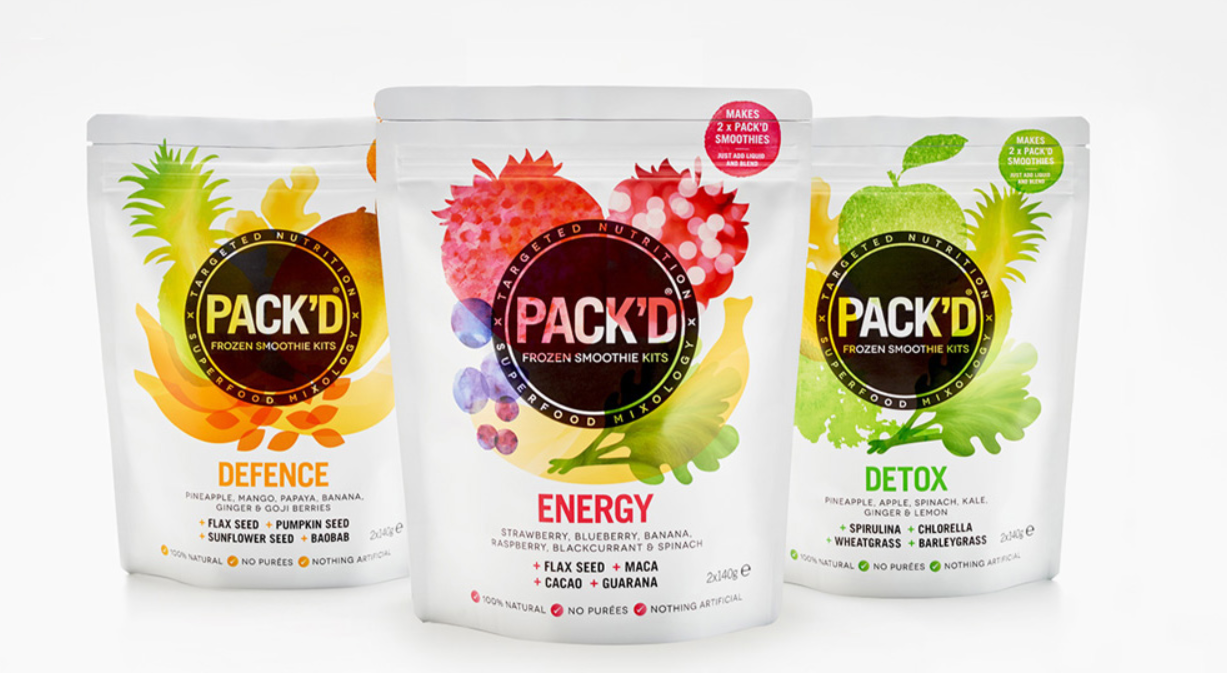 PACK’D is on a mission to fuel potential; having pioneered a revolutionary way to create nutritious smoothies in seconds with their original, Great Taste Award winning range of three functional smoothie kits and their latest trio of Frozen Protein Smoothie Kits. June 18th 2018 sees the small, ambitious team launch to Crowdcube with their latest crowdfunding campaign with a target of £500,000 (equity of 10.24% as per their pre-money valuation of £4,383,000) in order to facilitate the next phase of growth.

The team are raising funds for new product development, stock for new listings and marketing to drive awareness, as well as capital to push their new webshop and home delivery service. PACK’D has also signed a written agreement with one national retailer for a listing of 9 new SKUs and a new Frozen Ripe & Chopped Avocado is also set to be released with a national retailer later on in 2018.

Launched in 2015, PACK’D have now produced over two million Smoothie Kits for their customers. A natural nutrition brand which has grown from a Prince’s Trust market stall to one of the UK’s ‘Top 50 Startups’, the company now has over 1500 product listings, it has seen 2000% sales growth since 2016 and an average of 20,000 PACK’D Smoothie Kits are purchased every week.

Luke comments, “We’ve grown fast, but we’re far from finished. We need more stock to meet demand, bigger marketing to reach more people, and new products to stay ahead of the curve. With your support, we can turn a rapidly expanding business into a worldwide brand. Whether that’s £10 or £10,000.”