Sports nutrition: Curcumin may support against oxidative stress in muscles

Posted on September 30, 2014 by DrinkPreneur in Beverage News, Ingredients 8 Comments 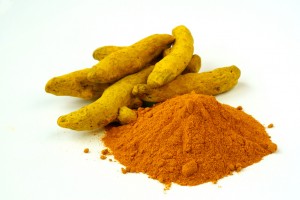 Researchers found that supplementation with Meriva® reduced muscle distress as evidenced by MRI (Magnetic Resonance Imaging) in the posterior or medial compartment of the thighs and was associated with less discomfort in the lower limb and a blunted systemic inflammatory response when compared to a placebo. The hallmark of DOMS is delayed (from hours to days) muscular discomfort and stiffness after unaccustomed or strenuous exercise, with soreness being felt most strongly 24 to 72 hours after the exercise.

This randomized, placebo-controlled, single-blinded clinical study, is the first one to investigate the effects of Meriva® on DOMS and involved 20 male, healthy and moderately active volunteers, randomized to Meriva® 1 g, twice daily (200 mg curcumin b.i.d.) or a matching placebo.

Supplementation was initiated 48 hours prior to a downhill running test and was continued for 24 hours after the test (4 days in total). Muscle soreness was quantified by magnetic resonance imaging, laboratory tests and histologic analyses on muscle samples obtained 48 hours after the test. Volunteer-reported discomfort intensity was also recorded: they were asked to indicate the site of pain on a drawing representing the lower limbs, and to rank pain intensity on a 0-4 point scale, where 0=no pain, 4=disabling pain when descending or climbing stairs.

The observation from the study suggests that curcumin as Meriva® may be beneficial to attenuate exercise-induced DOMS and larger studies could provide statistical significance also for parameters like the histological evaluation of muscle – that only showed a trend to improvement in this study.