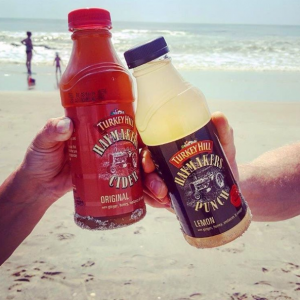 Ask a wise farmer about thirst-quenching beverages, and you’re likely to hear a story passed down through the generations about a concoction known as switchel. And now, as Turkey Hill Dairy kicks off a year-long celebration of its 85th anniversary, it pays tribute to that beverage — and its own farming roots — with a new line of drinks called Haymakers.

“Before sports drinks and fortified waters there was switchel, and it helped get farmers through the hottest summer days of the hay harvest,” said Turkey Hill Product Development Manager Derek Frey, whose great-grandfather, Armor Frey, founded Turkey Hill in 1931.

“Recreating that recipe with a 21st century twist was the inspiration behind Haymakers.”

Switchel came to the American colonies in the late 17th century and, by the 19th century, became a traditional drink enjoyed by thirsty farmers. Recipes often varied slightly, with some — like the flavors in Turkey Hill’s Haymakers lineup — adding a splash of apple cider vinegar. The end result was a beverage that curbed thirst during summer days in the fields. 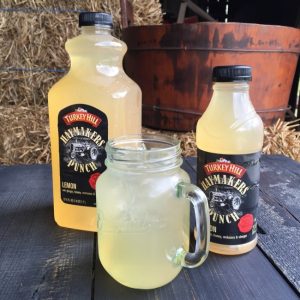 Each natural ingredient in switchel — and today in Haymakers — was carefully selected to deliver key benefits. The ginger soothed and settled the stomach, while the vinegar quenched thirsts even better than plain water. Ingredients also changed based on what was widely available in each region. Farmers in New England and other northern states typically sweetened their beverage with molasses, while southern farmers preferred honey.

Haymakers is the latest chapter in a series of drink innovations for the 85-year-old Dairy. Turkey Hill’s drink innovation history includes the development of an apricot and prune beverage called Beep for Breakfast in the 1960s and a 1994 United States Patent for a unique, half-gallon iced tea container.