Posted on February 4, 2016 by Adomas Pranevicius in Beverage Startups 0 Comments

A huge variety of different beverage products reach the market every year. Some of them are copies of well-known products, while others are unique products, but all are created to attract a target market. MyDrink Beverages sure had some memorable projects regarding the unique qualities of their created products. One such product was a cinnamon soft drink called Cinnamora. Today, I have a pleasure to talk to Mr. Skanda Wijeyekoon, founder and owner of Cinnamora.

I researched natural products that could help with diabetes as I had an interest in this condition. I found a lot of research showing that cinnamon offered a potential benefit for better diabetic control and I wanted to give the public quick and easy access to cinnamon. I eventually decided on a cinnamon soft drink that we could make available on the shelf in every grocery and convenience store in the nation.

I had some difficulties trying to create a low calorie drink that mixed cinnamon with water. Ultimately, I contracted MyDrink Beverages to help with the recipe. They were able to come up with a cinnamon-based recipe that was both tasty and low in calories.

How did you come up to this innovative idea to use cinnamon as your main ingredient?

Research has shown that, among natural products, cinnamon had the most potential to improve diabetic control for people suffering from that disease. It is also a natural antioxidant and it has been shown to be effective in controlling cholesterol. Cinnamon also has a unique taste, so I realized that I had stumbled upon a spice that could potentially elicit a lot of demand. 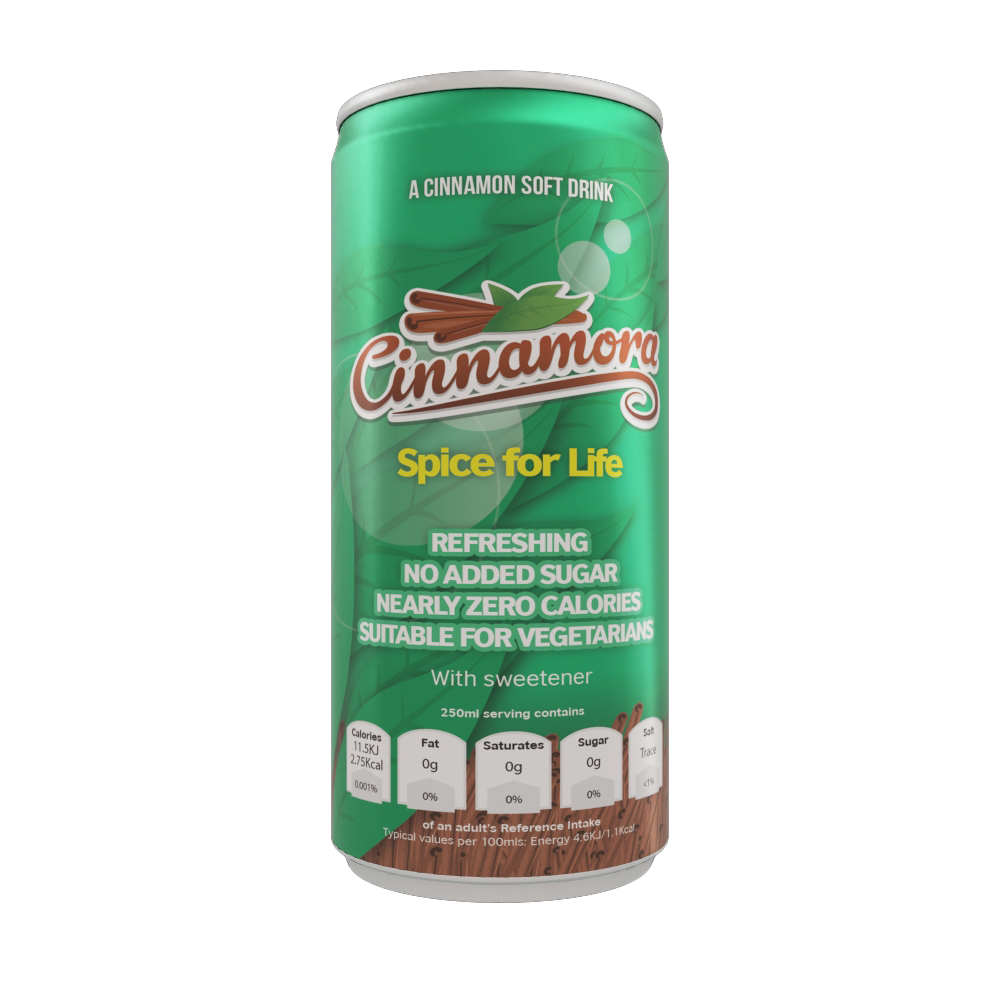 Did you made any memorable mistakes along the way that you won’t be making next time? What’s next for Cinnamora?

We used sucralose which is an artificial sweetener, but it would have been preferable to use an all-natural product. Currently, we are working on changing the recipe to use a natural sweetener and possibly a Cinnamora plus alternative with a slightly higher cinnamon content. Cinnamora is designed for all cinnamon lovers and that segment of the public who want healthy, refreshing rehydration. Our goal is to make Cinnamora the next coconut water.

What other difficulties or challenges have you faced while attempting to get Cinnamora into the hands of its target market?

Cinnamora is a new concept. People are set in their ways and introducing something new is always a challenge. There are many ways to do this, but to choose the most efficient way on a tight budget is difficult.

As someone who had the courage to start a new beverage business, what advice could you give to people who are thinking of doing something similar?

Be ready to accept the fact that you are going to make a loss for the first few years and, in fact, you may still not succeed. The most important thing is to maintain an attitude that allows you to enjoy the journey and learn along the way. It’s equally as important to have a backup plan.

Cinnamora is a unique beverage with nothing close to its concept in the market. Are you planning to go international?

Our marketing efforts are currently focused on the local market, but we are not averse to expanding our reach across borders when the time is right.

Did you have any doubts about the success of Cinnamora as you moved through the various stages of developing this product?

Cinnamora is making progress, but it is still too early to call it a success. I always thought it was an interesting concept and the initial feedback has been positive. I cannot say that I am 100% sure about our future success, but I have a good feeling about this and I’m confident we’re going in the right direction.