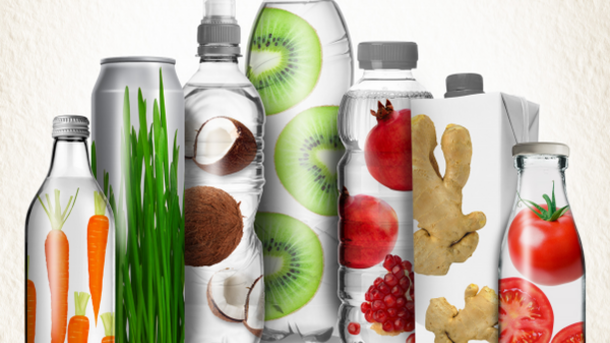 The global beverage market is projected to sell  948.7 billion liters in 2017, according to Statista. Cracking into those sales won’t be easy with well-established brands dominating the market, but even these mega corporations need to give consumers what they want. The name of the game for many consumers in 2016 was health-consciousness, and capitalizing on that focus will continue to be a main priority into 2017. Following these five beverage industry trends of 2017 will be the key to capturing market share in the year to come.

With health conscientiousness on the rise, people are moving away from sugar-laden sodas and sports drinks.This is driving up sales for many different types of bottled water. In 2015, the sparkling, mineral and seltzer water segment’s market share grew an estimated 15.7%, according to a Mintel GNPD report. Plain and simply put, people are drinking a wider variety of waters than ever before.

I’ll Have Milk, But Hold The Dairy

Milk’s health benefits have been engrained in our minds since we were kids, but new research suggests it may not be as healthful as we once thought. For example, a Harvard Nurses’ Health Study found drinking milk did not actually make much of a difference when it came to making strong bones.

Studies like this have persuaded a growing number of consumers to abandon dairy milk for alternatives such as almond, soy, and cashew milk. The dairy alternative’s segment volume grew 5.5% to 242.2 million gallons between 2015 and 2016, according to  Information Resources Incorporated. This growth is projected to continue to increase in 2017.

Power to The Plants

As with 2017’s other beverage trends, 2016’s healthy living movement has also driven a move toward plant-based food and beverage products. Since 2011, the vegetarian population has grown by 25%, and the vegan population by more than 250%, according to Mintel GNDP. These health-conscious consumers are looking for products for every segment of their life that reflect their lifestyle, and beverages are no different.

In turn, The plant-based beverages segment grew 5.2% to $1.7 billion between 2015 and 2016, according to Euromonitor. Even though many beverages are vegan to begin with, those that tout plant-based nutrition may be especially appealing to those focused on fitness.

Beverage brands have traditionally relied on artificial coloring because of its reliability throughout the manufacturing process. However, 2017 may be the year more companies start swallowing the extra cost to bring naturally colored drinks to market.

Following concerns that artificial colorings might cause health complications, foods that eschewed artificial colors saw a 16.6% increase in sales, reported the Wall Street Journal. What may have been an expensive transition for these companies ended up putting them in a position for future success. We anticipate a similar trend emerging in the beverage industry, so making that investment ahead of time could improve ROI even further.

More and more, companies are using terms such as craft, artisan and handmade to describe their products and instill a sense of authenticity in the brand. Even beyond these traditional terms, 269% more companies used the word “ancient” to describe their products in 2011 vs 2016, reported Mintel GNDP. This trend even extends beyond retail brands, with restaraunts adopting artisnal and hyperlocal strategies to bring in diners.

Health conscientious consumers are more likely to read labels, so attracting them with an authentic story will help them go from liking your product to loving it.

“For some consumers, ‘value’ may be more about a brand’s philosophy, authenticity, and commitment than anything measured in dollars and sense [sic],” wrote the National Coffee Association. Focusing on creating value to the consumer is the best way of turning them into customers and hopefully advocates.

Utilizing the increasing trend of consumers health conscientiousness will prove to be extremely beneficial to any beverage company. Following these five trends will give you a head start on competitors in 2017.

Mat Brogie is a COO of Repsly, Inc., and a long time mobile technology consultant. With deep experience designing and implementing mobile retail execution solutions for some of the world's largest CPG companies, Mat has developed a passion for mobile computing, particularly around retail execution best practices.

View all posts by Matthew Brogie →