Posted on July 11, 2016 by DrinkPreneur in Beverage News, Packaging 0 Comments 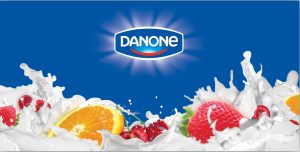 To some observers, $10.4 billion is a hefty sum to pay for a business perhaps best known for its brand of non-dairy milk alternatives, but for French multinational food-products corporation, Danone, the investment is worth it.  The company’s recent agreement to acquire WhiteWave Foods, known for popular brands Horizon Organic Milk and Silk, positions Danone to become a leader in a lucrative—and still growing—natural and organic food and beverage industry.

Market research firm Packaged Facts estimates the U.S. retail market for natural and organic foods and beverages will reach $87 billion in 2019, up from barely $53 billion in 2014.

Packaged Facts estimates that dairy products—including milk and milk alternatives, yogurt, ice cream, eggs, and cheese—comprise 30% of natural and organic food retail sales. This is second only to fresh produce with 35% of the market. Beverages—including coffee, tea, juices, and soft drinks—come in third with 15% of sales.

With the acquisition, Danone will not only control a sizable share of the U.S. market, but the company is now even more formidable when competing with other European food giants—namely Nestle and Unilever—on a global scale. Danone also gains entry into the planted-based foods and beverages category, which itself is a prime growth category.

“The strong get stronger in what is and will continue to be a competitive mainstream segment of the food and beverage industry,” says David Sprinkle, research director, Packaged Facts.

“This deal will be the largest to date in the natural and organic foods industry, and for good reason from Danone’s perspective. Today’s consumers favor fresh and healthy over processed.”

Just how strong is consumer demand for natural and organic products? Findings published in Packaged Facts’ Natural and Organic Foods and Beverages in the U.S., 4th Edition reveal that more than a quarter of American households (25.6%) bought organic foods purchased organic foods in the past 12 months.

WhiteWave reported double-digit growth across several of its natural and organic brands and business segments. Most notable were the 29% and 16% respective gains in the company’s plant-based foods and beverages and premium dairy segments during the last report quarter. WhiteWave’s total revenues increased 14% to slightly over $1 billion thanks in part to its own recent strategic and high-growth acquisitions.

Besides Natural and Organic Foods and Beverages in the U.S., 4th Edition, Packaged Facts has an extensive catalog of food industry reports including Dairy and Dairy Alternative Beverage Trends in the U.S., 3rd Edition (2015); The Yogurt Market and Yogurt Innovation, 2nd Edition (2015); Refrigerated Coffee Creamers: U.S. Market Trends (2016): and many more.