Posted on July 12, 2016 by DrinkPreneur in Beverage News, Marketing 0 Comments 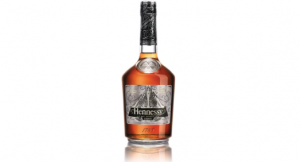 Celebrated as one of the brightest new faces on the art scene, Scott Campbell owns the legendary Saved Tattoo parlor in Brooklyn, NY, where he boasts a client list spanning New York’s art, design and fashion elite.  Embodying Hennessy V.S’ long-standing brand mantra, Never stop. Never settle., Scott has the distinctive style of a pioneer & innovator – a true trailblazer that has continued to push the boundaries of his craft in mediums other than skin.

“Scott Campbell has a signature style that draws on past and present, combining ancient cursive script with a modern eye and execution, which is a perfect visual metaphor for how we at Hennessy honor our own craft,” comments Giles Woodyer, Senior Vice President, Hennessy. 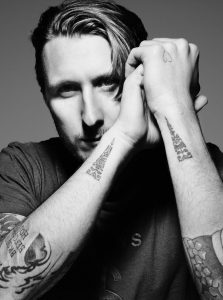 “Scott’s talent, passion and commitment to his craft reflect the same principles that have driven Hennessy for over 250 years.”

Scott Campbell found inspiration for the 2016 Hennessy V.S Limited Edition bottle when traveling to Cognac, France, to get a feeling for the Maison’s history and creative process. In Cognac, he found an unexpected harmony between Hennessy and his own art. “Between the earth, the sun and the grapes, there’s an unpredictable subtlety that goes into crafting Cognac. The use of human touch to create Hennessy parallels my own art, creating a character and taking on a life of its own.”

When Campbell reinterpreted elements of Hennessy V.S’s visual branding, he began by perusing the personal journal, notes and drawings of James Hennessy, the Maison’s second-generation visionary and an inveterate traveler, to glean a sense of his person.

“When you know who an artist is, you can understand his story. When you have a personality to react to, the experience becomes so much deeper. When you see an artifact of a person’s life, you connect with it more,” Scott Campbell observes,

adding, “Given that the House is 250+ years old, you could say that Hennessy is the oldest personality I’ve ever tattooed!”

Scott Campbell describes his art for the V.S Limited Edition as a “conversation between two people, times and places. It’s two seemingly opposite worlds.” Inspired by James Hennessy’s penmanship, the artist infused the V.S label with his own sensibility, drawing a design based on a pair of wings, a universal symbol of freedom and travel that also invites the viewer to project personal understanding onto it. “As an artist, I think that the ultimate accomplishment is to make the viewer feel curious. If a work inspires the curiosity to consider it a little longer, to adopt it in a way, then I think it is a success,” he notes. Decorative elements feature an intricate, highly graphic silver and black motif incorporating Hennessy Very Special’s three stars, an iconic signature of the brand that also happens to correspond with Scott Campbell’s lucky number. On the back label, Scott Campbell emblazoned the quote “Love without Hesitation” because, he observes, “I deeply believe that once you can love without hesitation, you become invincible.” 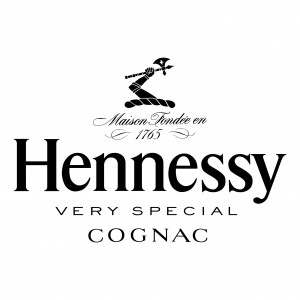 In addition to the 750ml bottle (Priced approximately at $35), a limited number of deluxe sets in commemorative wooden boxes (Priced approximately at $150) are available. The Hennessy V.S Limited Edition Deluxe set features a numbered flask with a leather sleeve, a unique sketchbook with watermarked designs by Scott, and a keepsake booklet that provides a special inside look at the collaboration. Both will be available for purchase beginning in July at fine retailers nationwide.