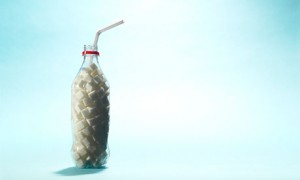 There is a trend here.  An important one.  Soft drinks companies are pledging to cut the calories in our diets.

Two national industry coalitions have made announcements since the summer.  That means discussions have been going on for months.  It also means the companies involved have taken policy decisions which allow for similar initiatives elsewhere.

It’s notable, though, that the two announcements so far are quite different in targets and timescales.

On 23rd September in the United States, Coca-Cola, PepsiCo and Dr Pepper Snapple pledged to “reduce beverage calories consumed per person nationally by 20 per cent by 2025.”  This might involve selling more water and lowering pack sizes as well as promoting lighter variants such as Coca-Cola Life and Trop50.  It does not necessarily imply cutting the calorie content of regular cola.

On 9th October in France, Coca-Cola, Coca-Cola Enterprises, Orangina Schweppes, PepsiCo and Refresco Gerber committed that “by 2015 they will decrease the average rate of sugars in soft drinks by 5%, with the exception of sugar naturally found in fruits.”  The target for 2020 is a 12% reduction.  The baseline is 2010.

These proposals won’t satisfy everyone, but they are significant steps.