What 19 Beverage Execs Taught Us About Growing a Winning Brand 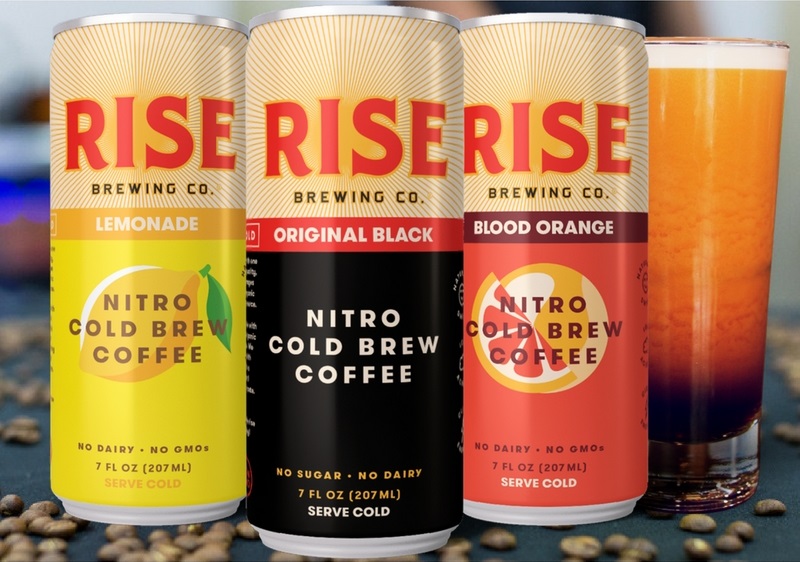 This December, we had the chance to leave the Boston winter behind for the sun and surf of Santa Monica for BevNET’s annual live show.

While we were there we got the chance to chat with countless founders and execs, hearing their starting stories, secrets to success, and advice for other brands fighting to win in the market.

Over the course of the next few weeks we’ll bring you exclusive interviews with some of the industry’s most exciting breakout brands. To start, we’ve boiled all those conversations down to a few main themes we took away from the show. Read more below, or check out all the interviews in our interactive video series here!

Surround Yourself With Top Talent

Almost every person we interviewed cited “people” as being a key to their success in the fast-paced beverage industry. Whether it be team members, mentors, investors, or retailers, surrounding yourself with top talent is critical to taking your brand from emerging to established.

Take, for example, Brigitte Center, Founder & CEO of Brigitte’s Naturally, who noted that it’s important to “focus on the partnerships that you get with retail because they are going to be your champions.” Or, serial entrepreneur Max Baumann, CEO of Bear Squeeze, who explained that it’s important for anyone in the industry to “meet as many people as possible” so you can get in front of more investors and retailers.

Of course, the people who work for your brand are of the utmost importance as well. Kevin Rutherford, CEO of Nuun Hydration, told us that the team he works with has been the secret to his success at the company.

When you run 200ish miles and spend 24 hours in a van, you need friends as crazy as you! Tag your favorite teammates in the comments below and start planning your next @ragnarrelay! #innerWILD #nuunlife ? @squigman

Another standout trend was the popularity of crossover products. Lots of brands are getting creative with how they combine two recognizable standalone products into a single offering. What’s cool is how these crossovers are able to attract a wider audience by making the final product a hybrid of two or three other trending categories.

We chatted with Brian LaBlanc, Co-Founder and CEO of Rivvibe, who produces a beverage that’s part tea and part sports drink. Brian revealed his inspiration for combining two otherwise unrelated products by explaining that big brands often have healthier sports drink alternatives, but they’re not taking with consumers. He thought he could address this need by creating a crossover.

incorporating these flavor combinations draws in tea drinkers and energy drink consumers, and has worked to convert non-coffee drinkers.

Another unexpected coffee concoction comes from Sunniva. CEO Jim DeCicco described his younger brother’s plight of being a perpetually exhausted college athlete who couldn’t find a healthy caffeinated beverage on campus. He started mixing coffee with coconut oil and lactose-free protein to create a “super” coffee that would keep him fueled throughout the day. Jim says the product is taking well on college campuses and in c-stores where “healthy options and innovation doesn’t usually exist.”

?PSA: SUPER COFFEE IS NOW AVAILABLE AT QUICK CHEK EVERYWHERE? "You thought we were going to do a chest bump?" ?

Fill a Gap in The Market

The last major theme that grabbed our attention was how many brands came into existence because of something that was lacking on the shelf. Felicia Vieira, President of Crafted Cocktails, told us that she couldn’t find a cocktail mixer that wasn’t full of artificial ingredients so she decided to make her own.

Poppilu founder Melanie Kahn shared a similar story – a pregnancy craving for citrus led her to create a lemonade that satisfied her more than the options she was presented with. John Mittel, owner of Phocus, was doing a lot of late-night studying during medical school and didn’t want an energy drink or coffee late in the evening. “Why isn’t there just a caffeinated water?” he asked; and viola! Phocus was born.

To see the full interviews with each of these founders, check out our interactive video recap of BevNET Live here!

Frank Brogie is the Content Marketing Manager at Repsly, where he writes about field sales, merchandising, and team management best practices alongside some of the world's fastest-growing consumer brands. Repsly's super easy-to-use mobile CRM powers more than 1,000 brands around the world, including Canon, Adidas, Vita Coco, and KIND Snacks.

View all posts by Frank Brogie →