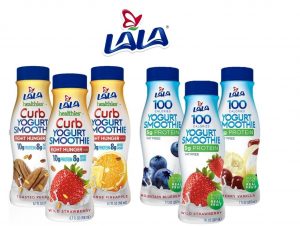 LALA, a Borden Dairy brand, today announced its expansion with the debut of two new products to their signature line of creamy, on-the-go yogurt smoothies—including the first ever portable hunger-curbing yogurt smoothie as well as a 100 calorie yogurt smoothie variety. 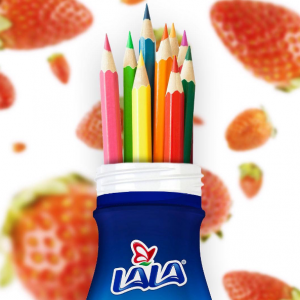 LALA Healthies Curb is the first of the brand’s new Healthies line, which will focus on better-for-you varieties while still offering the great taste and convenience of LALA’s signature Yogurt Smoothies. LALA has plans to expand upon this launch with other healthful yogurt smoothie varieties in the coming year.

LALA 100 Calorie is a delicious portion-controlled yogurt smoothie great for those watching calories without sacrificing taste. While 100 calorie spoonable yogurts have been on the market and performing well for some time, consumers have not had the luxury of a portion controlled, on-the-go drinkable yogurt.

“LALA yogurt smoothies are loved by consumers for the taste, convenience and quality ingredients. We know that 59% of yogurt drinkers consume them as a meal, so we wanted to provide options for people who regularly eat on the run, but don’t want to sacrifice flavor or nutrition,” said Desiree Johnson, director of marketing at Borden Dairy.

“We are continuously looking to provide our customers with added benefits and new LALA Healthies Curb and LALA 100 Calorie are a great way to do so.” 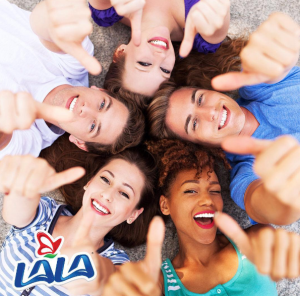 LALA Healthies Curb will be available at grocery stores and retailers nationwide beginning July 2016 in four-packs of 6.7 oz. bottles.

LALA 100 Calorie Yogurt Smoothies start with the flavor and protein of wholesome yogurt. And, because many are watching what they eat, LALA has packaged their on-the-go smoothies to make counting calories easy – only 100 in every serving of LALA 100 Calorie. The flavors include Wild Strawberry, Mountain Blueberry and Cherry Vanilla.

LALA 100 Calorie will be available at grocery stores and retailers nationwide beginning July 2016 in four-packs of 7 oz. bottles.