Posted on October 4, 2016 by DrinkPreneur in Brand News 0 Comments 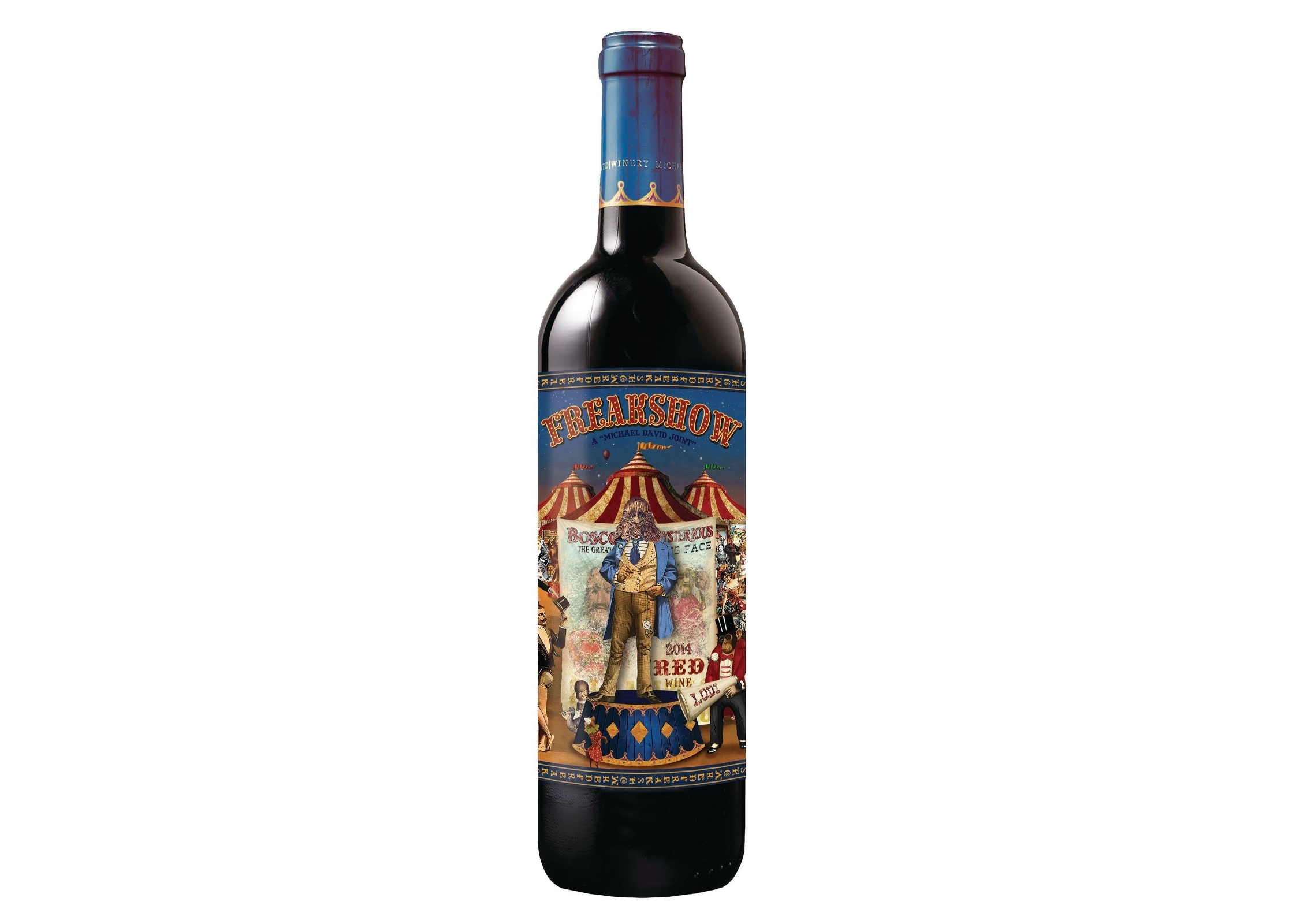 Michael David Winery has just announced a second wine will be added to their wildly popular Freakshow brand. Releasing this fall, the 2014 Freakshow Red will be lined priced with Freakshow Cab at $20.

As the show goes on, a new performer is set to take center stage. We’re excited to introduce the man, the myth, the legend of Bosco! Like Bosco himself, our Freakshow Red is a mashup of man meets wild. Syrah’s untamed and mysterious allure is refined and polished with the addition of Petite Sirah and a tease of Souzao.

It’s an exceptional offering that displays the undeniable brut of Lodi Syrah and Petite Sirah. With aromas of blackberry cobbler, toasted walnuts, espresso bean and hints of brandy. This wine is weighty with a velvet like texture boasting flavors of ripe brambleberry jam, toffee, and dark chocolate mousse.

“We’re very excited to announce the release of Freakshow Red. Everyone’s always asking us, ‘what’s new?’ and this is it!

Blending creates a really fun opportunity for our winemakers to have a little fun. This wine in particular has that true Michael David style all wrapped up in a full bodied, yet balance mouthfeel.

A red blend under the Freakshow line was a logical step for Michael David. We’ve been having tremendous success with Freakshow Cabernet and now our consumers have a new “freak” to get excited about,” explains Melissa Phillips Stroud, Vice President of Sales and Marketing.

The 2014 Freakshow Red is immediately available in most major U.S. markets and will in all markets by its second vintage.

Michael David Winery is owned by brothers Michael and David Phillips, who have built their Lodi winery into one of the fastest growing wineries in the United States. The Phillips brothers released their first commercial wine in 1984 under the Phillips Vineyards label after years of growing grapes for other wineries.

Now celebrating more than 30 years as a bonded winery, Michael and David have over 800 acres of vineyards in Lodi. They pride themselves on their meticulous farming practices and sustainable wine grape growing, which result in superior quality in the bottle. Michael David Winery is located one mile east of Interstate 5 on Highway 12 in Lodi, California.