Posted on January 13, 2017 by DrinkPreneur in Brand News 0 Comments 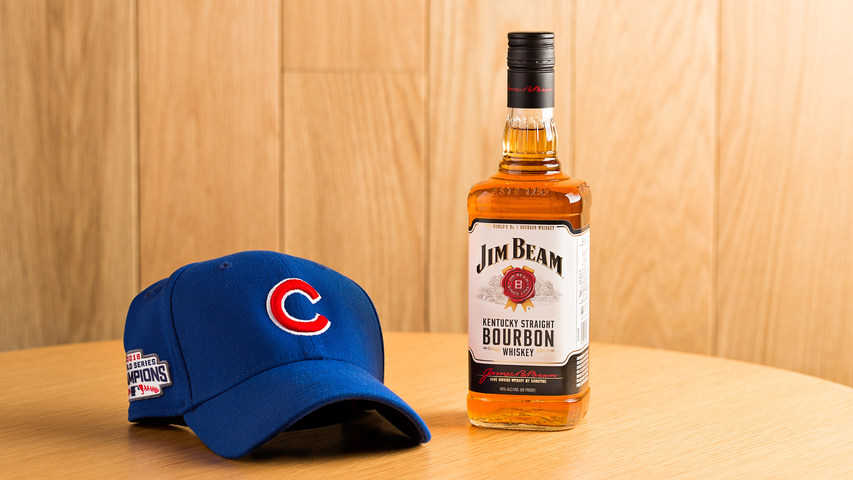 Two American icons are converging as Jim Beam Bourbon, the world’s No. 1 bourbon, and the 2016 World Series Champion Chicago Cubs have signed a multi-year Legacy Partnership beginning in 2017.

As part of the partnership, Jim Beam will have long-term naming rights to the new first base club at Wrigley Field, as well as a new left field bar concept at Sloan Park in Mesa, Arizona. The upper deck patio at Wrigley Field will feature a Jim Beam theme for two seasons leading up to the space’s transition to an upper level club. The existing Hornitos Hacienda, which was named in 2015, will remain in the left field bleachers.

“This dynamic partnership underscores our focus on the City of Chicago, our company’s new hometown, and our broader efforts to be where our consumers work and play,” said Beam Suntory CEO Matt Shattock.

The deal also includes in-game signage behind home plate and on the Wrigley Field video board; fixed signage along the third base wall; presenting sponsorship of several promotional giveaways throughout the season; and other digital and hospitality activations at Wrigley Field and Sloan Park.

To reinforce this partnership with Cubs fans, Maker’s Mark has launched a Chicago Cubs-themed, limited-edition bottle offered in stores throughout the Chicagoland area; Jim Beam will release a Chicago Cubs co-branded offering by springtime. The announcement comes on the heels of Beam Suntory’s global headquarters move from Deerfield, Illinois, to downtown Chicago in the last month, and unites America’s favorite pastime with its native spirit.

“After a truly historic World Series, we’re thrilled to be the Official Spirits Sponsor of the 2016 World Series Champions and can’t wait to make history with Cubs fans for years to come.”

“Our organization and fans value partners who have a strong commitment to Chicago,” said Cubs President of Business Operations Crane Kenney. “Jim Beam has made its commitment clear by calling Chicago home and making an investment in the Cubs to help ensure our long-term success. We’re thrilled to welcome Beam Suntory as a Legacy Partner and know our fans will enjoy their premium spirits at the Friendly Confines.”