Posted on March 5, 2018 by DrinkPreneur in Brand News 0 Comments 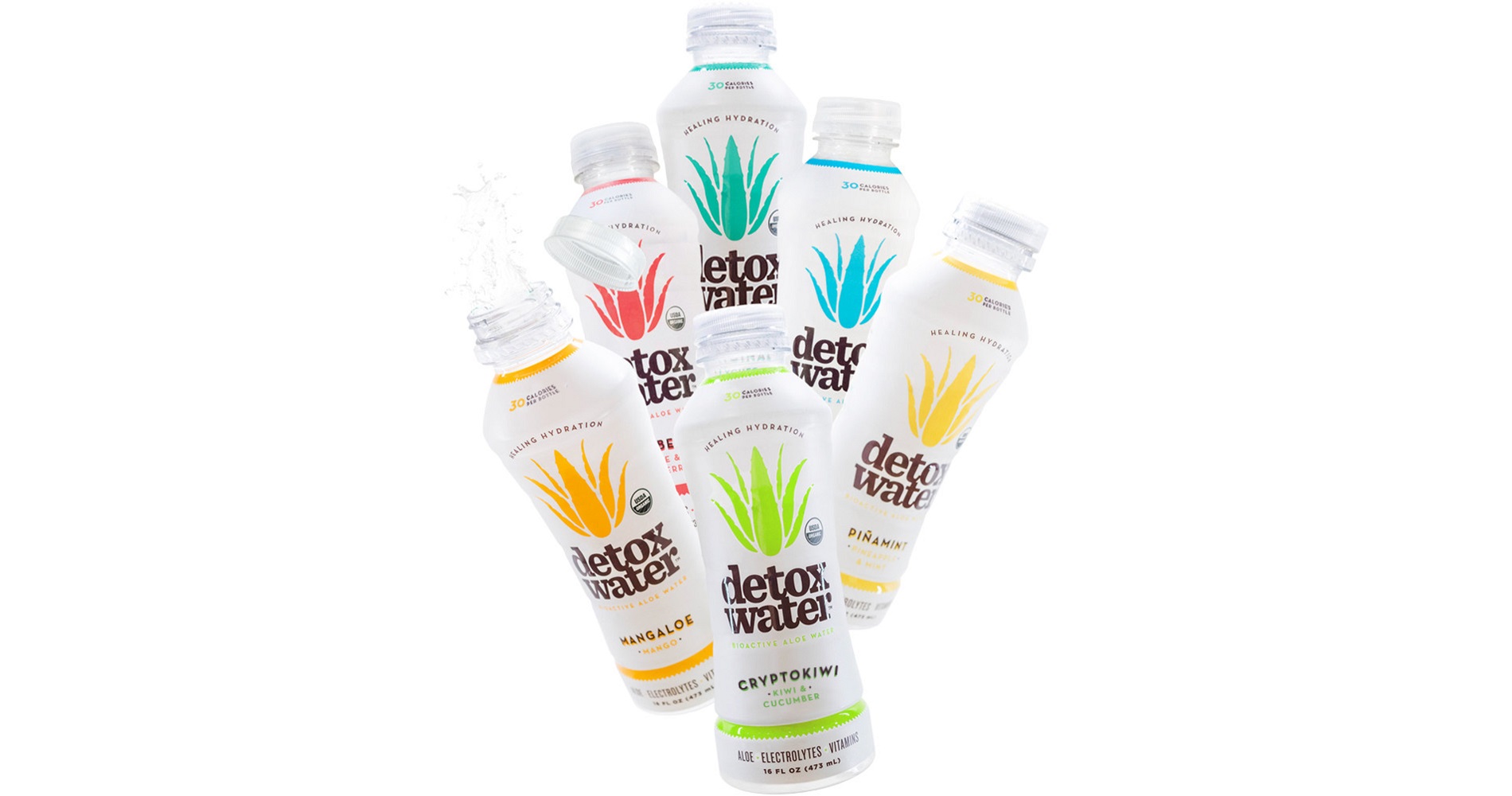 Detoxwater, the premier aloe-infused water brand has officially launched its sixth SKU, Cryptokiwi. The newest flavor was inspired by Denver Nuggets’ Mason Plumlee – a longtime supporter, ambassador, and investor of the brand – whose favorite flavor is kiwi. Cryptokiwi gets its name from the carefully-formulated kiwi flavor (with a hint of cucumber) and from the rise of cryptocurrency, a compelling trend followed closely by the Detoxwater team and Plumlee alike. Cryptokiwi will debut at the Natural Products Expo West in Anaheim, CA on March 8th-11th.

Directly following the flavor’s unveiling at the Natural Products Expo West, Detoxwater will host a launch party at elite West Hollywood fitness center Rise Nation on Monday, March 12th. Influencers and media members will take part in one of Rise Nation’s famed classes, followed by a rooftop happy hour and a visit from Plumlee. The launch weekend will extend its reach to those outside of Southern California as well, via various social media activations including a giveaway of L.A. Lakers tickets and a meet and greet with Plumlee, along with fun Cryptokiwi merchandise and more.

“I’m obsessed with Detoxwater,” said Plumlee. “There’s just nothing else out there that tastes so good and has all health benefits of aloe, especially the anti-inflammatory properties that help me on and off the court. I’m thrilled to be part of the creation of their newest flavor and to help promote it at the launch party.”

Cryptokiwi’s debut will kick off an exciting 2018 for the brand, which has more than doubled its sales in the past year.  Additionally, the brand’s distribution footprint has expanded over 300% and now includes prominent retailers such as Kroger, Ralph’s, King Soopers, Wegmans, H-E-B, ShopRite and Tops, among many others. The new flavor will be available nationwide starting April 1st, 2018. Cryptokiwi will also join the product offerings on the newly-revamped Detoxwater website, which is exploring accepting Litecoin and Bitcoin as a form of payment later this spring. Detoxwater will continue the celebration of Cryptokiwi with a spring marketing campaign including: events, digital, print, and street activations in key markets such as Los Angeles, New York City and Boston.