Posted on October 29, 2018 by DrinkPreneur in Brand News 0 Comments 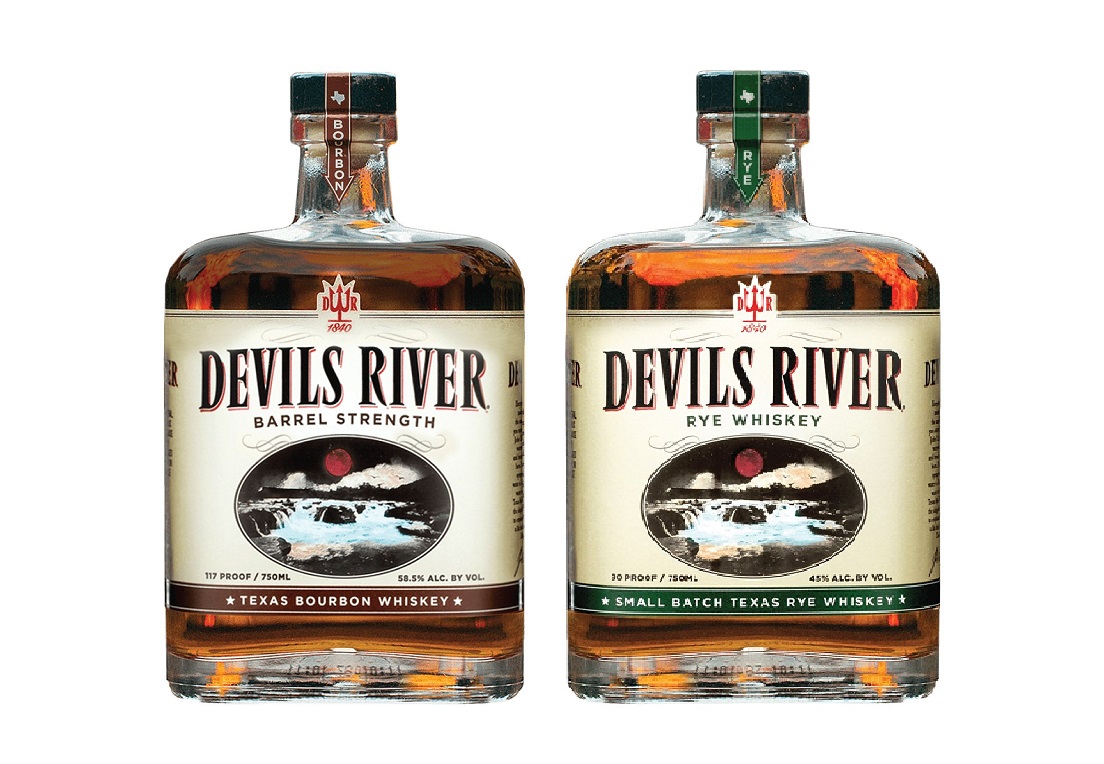 After its 2017 launch, the brand’s original offering of Devils River Small-batch Bourbon racked up the industry awards and quickly became a fan favorite all over the country. The new Devils River Whiskey expressions have already earned critic favor as well, and are destined to become must-have buys among whiskey lovers across the nation. Devils River Rye Whiskey has received Rye of the Year from Asia’s International Beverage Competition and both Double Gold and Gold Medals from The 2018 San Diego Spirits Competition and The Fifty Best Rye Whiskey Awards respectively. Devils River Barrel Strength Whiskey has received a Gold Medal from Asia’s International Beverage Competition.

The first new addition to the Devils River Whiskey line-up is Devils River Barrel Strength Bourbon. This 117-proof bourbon pays tribute to the way bourbon was initially enjoyed – undiluted, served at full strength, straight from the barrel. Retailing at $39.99 for a 750 ml bottle, Devils River Barrel Strength is a high rye bourbon with an unapologetically bold flavor. The bourbon’s distilling process brings forth a bold, yet incredibly smooth taste that develops on the palate and finishes clean.

Devils River Barrel Strength expresses flavors of oak, honey and caramel alongside a distinct peppery spice. “Until the 20th century, this is how whiskey was enjoyed, at its full strength. Our new barrel strength bourbon is a nod to that bold nature found in whiskey’s beginnings,” said Devils River Whiskey president and co-founder, Mike Cameron. “True whiskey lovers will delight in the unmistakable flavors of whiskey in its purest form.”

Rounding out the Devils River Whiskey offerings is bourbon’s spicier cousin, the newly released Devils River Rye Whiskey. This style of whiskey is made with heavier rye and lighter corn, producing a warm rye flavor which has exploded in popularity in recent years. “Rye whiskey is well on its way to becoming one of the most in-demand distilled spirits in the market,” says Cameron.

“It’s rye’s first major comeback since the end of prohibition in the early 1930s– and we’re excited to be able to bring back a part of whiskey history for all to enjoy.” Devils River Rye Whiskey balances the right amount of flavor forward rye, complimented with the ideal blend of corn and malted barley. This brings forth the whiskey’s distinct spicy notes of rye, pepper, and oak, balanced with a slight but rich sweetness of caramel, brown sugar, and orange zest.