Posted on January 17, 2017 by DrinkPreneur in Brand News 0 Comments 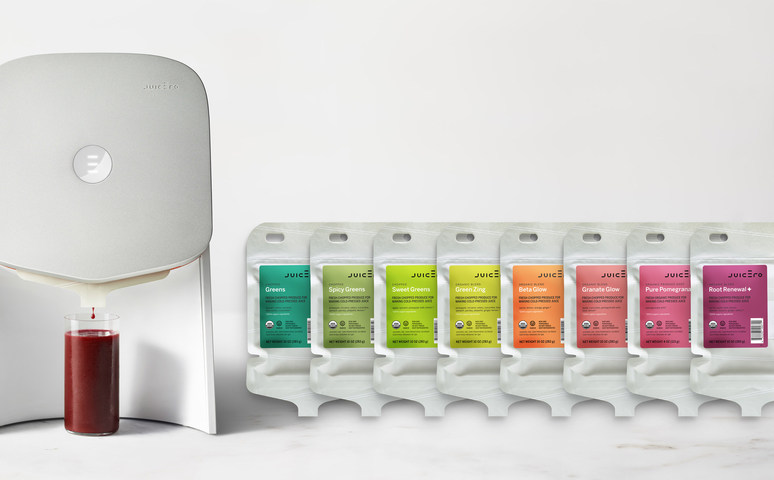 Juicero, the company that in April launched the first professional-quality, connected, countertop cold-press juicing system, today announced a new lower price, more than a year ahead of a planned lower cost version 2 of the Press. Effective immediately, the new price for the home Juicero Press is $399, down from $699.

“We’re so pleased to make Juicero more accessible to consumers,” says Jeff Dunn, Juicero’s CEO. “Our mission is to help more people get more daily servings of fruits and vegetables. This lower price opens the door for more people to enjoy the benefits of convenient, incredibly fresh, delicious plant-based nutrition in their lives.”

The company originally planned to lower the price along with the release of version 2 of the Juicero Press, slated for 2018. After studying consumer subscription behavior and scaling fresh operations faster than expected, leadership determined that an early price drop was a viable move. For example, during a Black Friday/Cyber Monday price promotion, the company doubled its customer base, and has observed higher than estimated average weekly Produce Pack sales.

“We’ve confirmed that the Juicero system is tremendously sticky once consumers get on the platform, so it turned out to be an easy decision to lower the cost of entry now,” continues Dunn. “Once they’re on board, users want to press more juice per week than even our most favorable estimates. Because it’s so effortless and tastes so good, Juicero very quickly becomes part of a healthy daily routine. We see our consumers’ enthusiasm as a signal that Juicero can have a truly meaningful impact on better nutrition.”

Juicero is headquartered in San Francisco and operates a 4.5 acre fresh operations campus in Commerce, CA. Juicero is currently available in California, Nevada and Arizona, with plans to expand in 2017.