Posted on January 25, 2017 by DrinkPreneur in Brand News 0 Comments 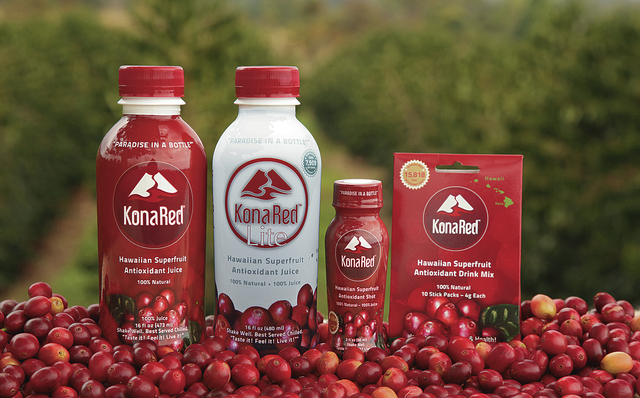 KonaRed Corporation, manufacturers of premium Hawaiian Cold Brew Coffee and Whole Bean Coffee products and the pioneer of the USA coffee fruit category, today announced record growth in the 4th quarter of 2016 which projects to an upward trend of revenue growth for 2017.

KonaRed’s CEO Shaun Roberts commented, “We made big strides in 2016 with our award winning Cold Brew Coffees and new line extensions that are driving our revenue growth.

Our new Bag in the Box Cold Brew Coffee is now available at Costco Hawaii and we’ve been methodically expanding our customer base. Recent successes have included additional distribution in Safeway, Bristol Farms and 7-11 Stores.  Revenues are up and we’ve been diligently working to reduce expenses and focus in on our path to profitability.”

KonaRed is continuing to rapidly bring on large new customers such as Publix with 1,100 stores in the southeastern United States and new Safeway and Whole Foods Market regions. The Company’s award winning Cold Brew Coffees are becoming established as leaders in the fast growing Cold Brew Coffee category.

To fuel the growth, the company completed a $1.14mm strategic investment from the PCF Holdings Group and recently added long time beverage industry icon, James S. Tonkin, to the Board of Directors. Jim is the founder and President of HealthyBrandBuilders and will be a key advisor to the company as we continue our revenue growth.

Mr. Tonkin commented: “Timing is everything with new product trends and KonaRed’s Cold Brew Coffee is making a big mark – right now! I’m looking forward to contributing to KonaRed’s growth at this transition time for the Company as I see the Company lining itself up to be a definitive category leader.”