Posted on September 14, 2016 by DrinkPreneur in Brand News 0 Comments 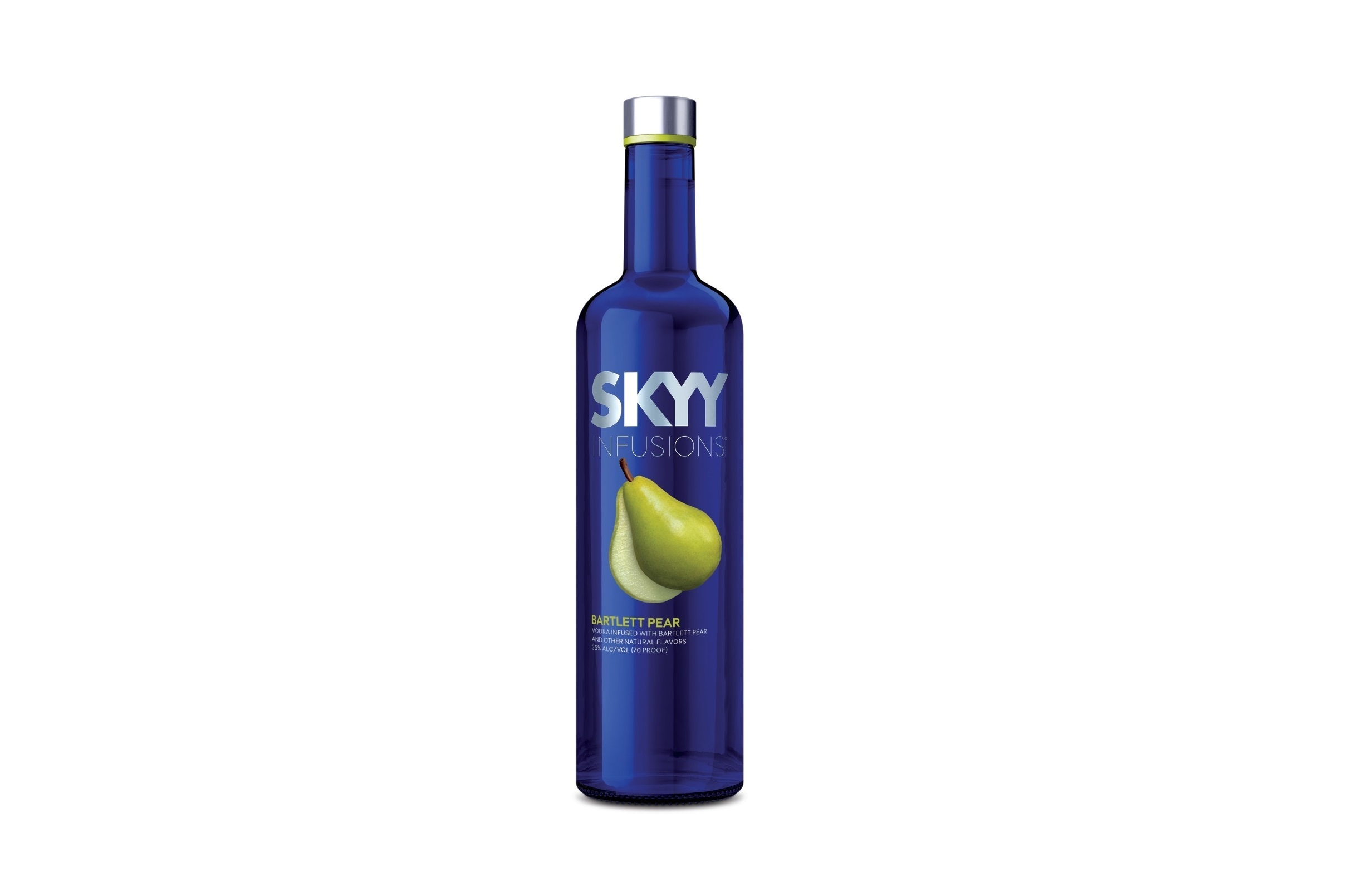 With SKYY Infusions Bartlett Pear, consumers will enjoy notes of fleshy ripe pear with bright juicy flavor, finished with a dry and crisp taste, ideal for autumnal cocktails.  “The Bartlett is what comes to mind when you think of traditional pear flavor,” said Otis Florence, Global Ambassador, SKYY Vodka.

“SKYY Infusions Bartlett Pear is perfect for mixing in your favorite cocktail and pairs beautifully with a splash of ginger beer or in our signature cocktail, The Bartlett Bee.”

“Consumer demand for natural tasting products has been the driving force behind the success of the SKYY Infusions line,” said Richard Black, Vice President of Marketing, White Spirits and Cordials, Campari America. “Repeat purchases of SKYY Infusions made a sharp uptick in 2015.  It is clear that consumers and bartenders alike are looking for more authentic, fresh fruit flavors in their cocktails.”

This new entry taps into the growing pear flavor trend in the U.S. The renewed interest in pear ciders, as well as pear-based liqueurs, has brought attention back to the gentle-flavored fruit, which was first introduced in the U.S. back in 1799.  When selecting the varietal, SKYY Infusions looked to the Bartlett pear – the number-one grown and sold pear in America, accounting for 50 percent of the American pear crop.

SKYY Infusions Bartlett Pear will be featured at on- and off-premise sampling events, and through the franchise’s upcoming winter promotion, SKYY HOLIDAYY. The new flavor will also be highlighted in marketing communications throughout the season.