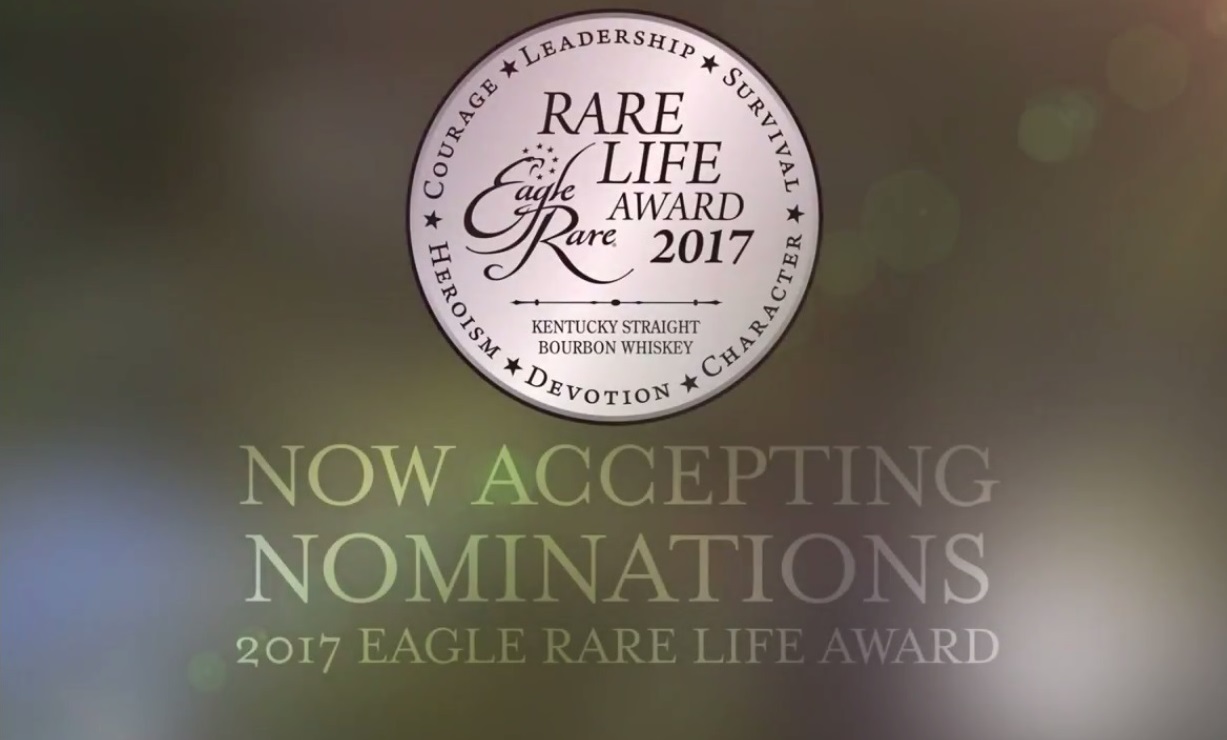 Eagle Rare Kentucky Straight Bourbon Whiskey is seeking nominations of people who dedicate their lives to helping others for its annual Rare Life Award competition. Now in its seventh year, the contest will award $80,000 to winners. To date, the Rare Life Award program has donated a total of $320,000 to 42 charities across the United States.

Nominations are now being accepted online at Eagle Rare Life. The 2017 Grand Prize winner will receive a $50,000 donation to the charity of their choice. Six runners-up will receive $5,000 for their charities.

The Rare Life Awards honor individuals who exhibit courage, leadership, survival, devotion, character and heroism. Those making nominations will identify which Rare Life value their nominee’s story best represents. The general public will vote for the person who most embodies the “Rare Life” core values, with the top 30 across all categories considered for the Grand Prize and the top five in each category considered for a runner-up prize. Nominations and voting are open beginning today and continue through Jan. 4, 2017. Winners will be announced in March of 2017.

“The accomplishments of our past winners are incredible, and we look forward to more stories of everyday people making a difference,” said Kris Comstock, Eagle Rare Bourbon brand manager.

“We are honored to help bring awareness to charities working to make the world a better place, and to people who truly embody what it means to live a rare life.”