Posted on May 24, 2016 by DrinkPreneur in Beverage News, Brand News 0 Comments 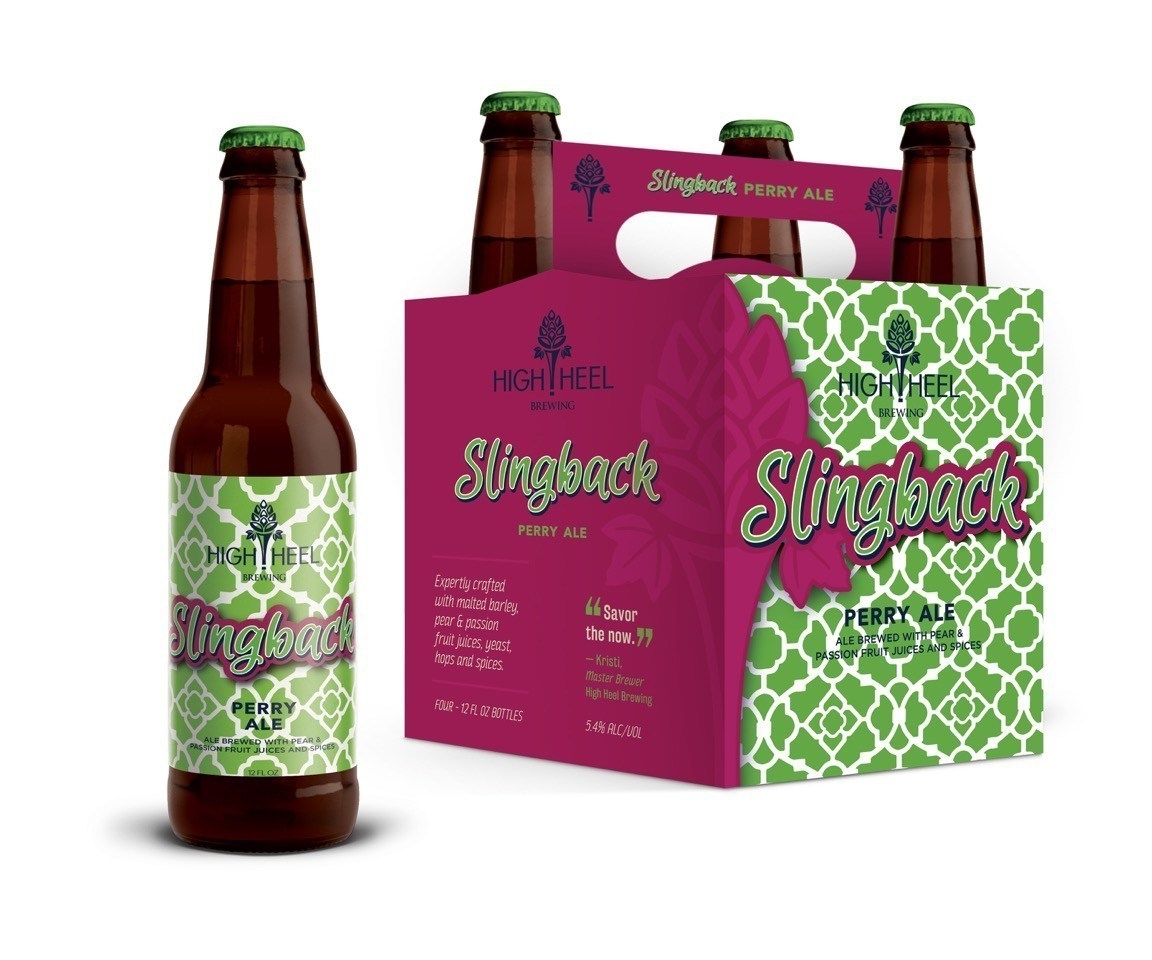 High Heel Brewing, an innovative new craft beer company founded by master brewer Kristi McGuire, will introduce a line of craft beers specifically aimed at female craft beer consumers. The company, which produces its beers in partnership with St. Louis-based Brew Hub, plans to introduce its first two beers this summer. High Heel’s beers will be brewed at Brew Hub’s brewery in Lakeland, Florida, and will be available throughout the state beginning in June. Republic National Distributing Company will distribute the beers throughout Florida.

“Our goal was to fill a gap in the market and to celebrate women in brewing and all women who love craft beer. It has been a dream come true to collaborate with the women of Brew Hub, and this launch would not have been possible without them.” 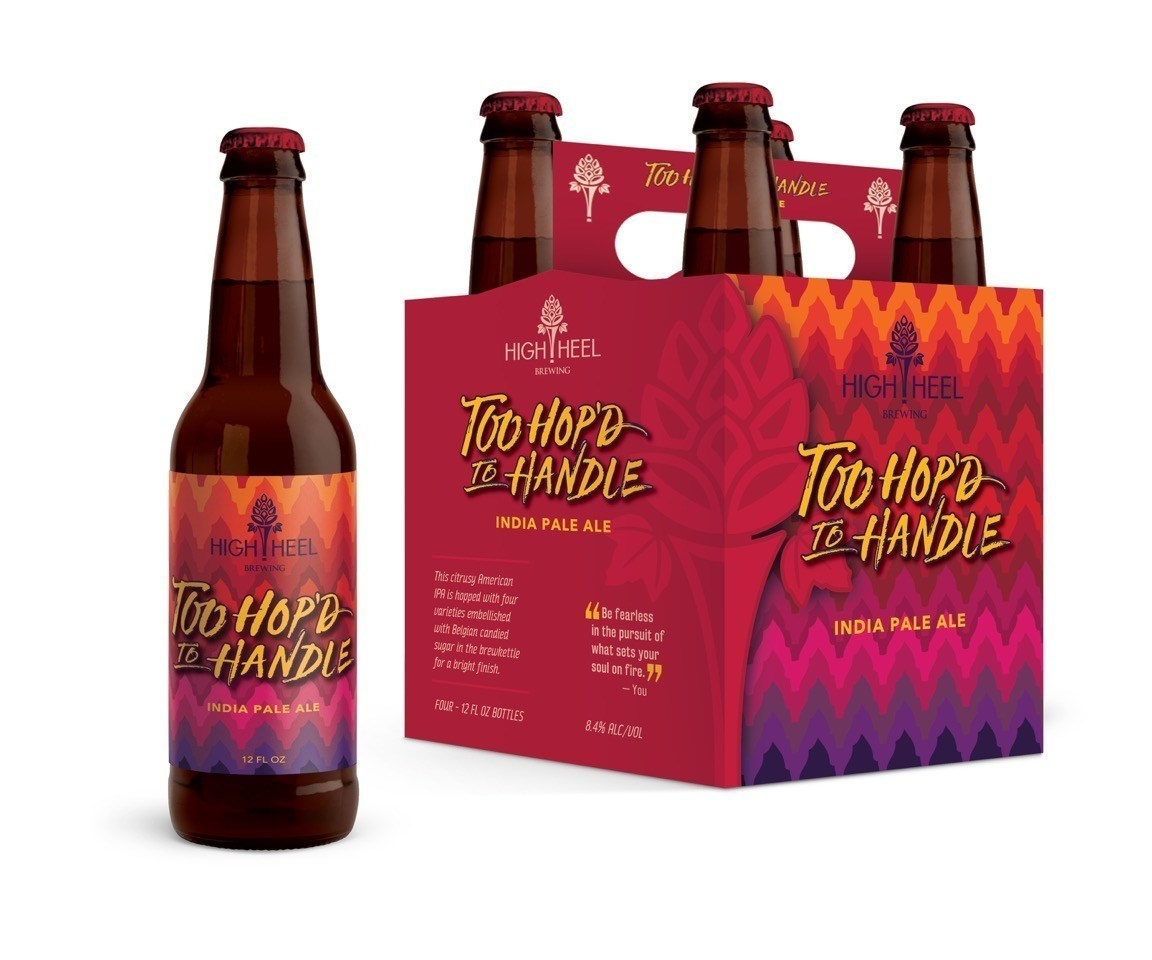 High Heel Brewing’s first two beers will be Slingback, a Perry Ale, and Too Hop’d to Handle, an American IPA.

Slingback is a hybrid beer brewed by combining the taste of a traditional ale with pear cider. The brew includes natural passion fruit juices, Hallertauer hops and subtle spicing with chamomile and elderflower. The result is a fresh, fruity, floral beer with a crisp, clean finish. Slingback is 5.4 percent alcohol by volume (ABV), 15 international bitterness units (IBUs) and is slightly more carbonated than most ales. Slingback pairs well with shellfish, berries and soft cheeses.

“With Slingback we created an entirely new style of beer, hitting that sweet spot between ale and cider,” said McGuire. “It’s the Prosecco of beers – perfect for the hot summer days to come.”

On the other end of the spectrum is Too Hop’d to Handle, a bold American IPA assertively hopped with Columbus, Mosaic and Simcoe varieties and brewed with Munich and honey malts for a toasted flavor. Belgian candied sugar is added to balance the beer and give it a smooth finish. A rotating fourth hop varietal will be added to both the kettle and dry hops to reflect seasonal flavors and trends. For the initial launch, Calypso hops were used as the fourth hop. Too Hop’d to Handle is 8.4 percent ABV, 89 IBUs and pairs nicely with grilled meats and strong cheeses such as sharp cheddar, Stilton and Roquefort.

“The growth of IPAs has been compelling, and we expect hop-forward beers to continue to flourish,” said McGuire. 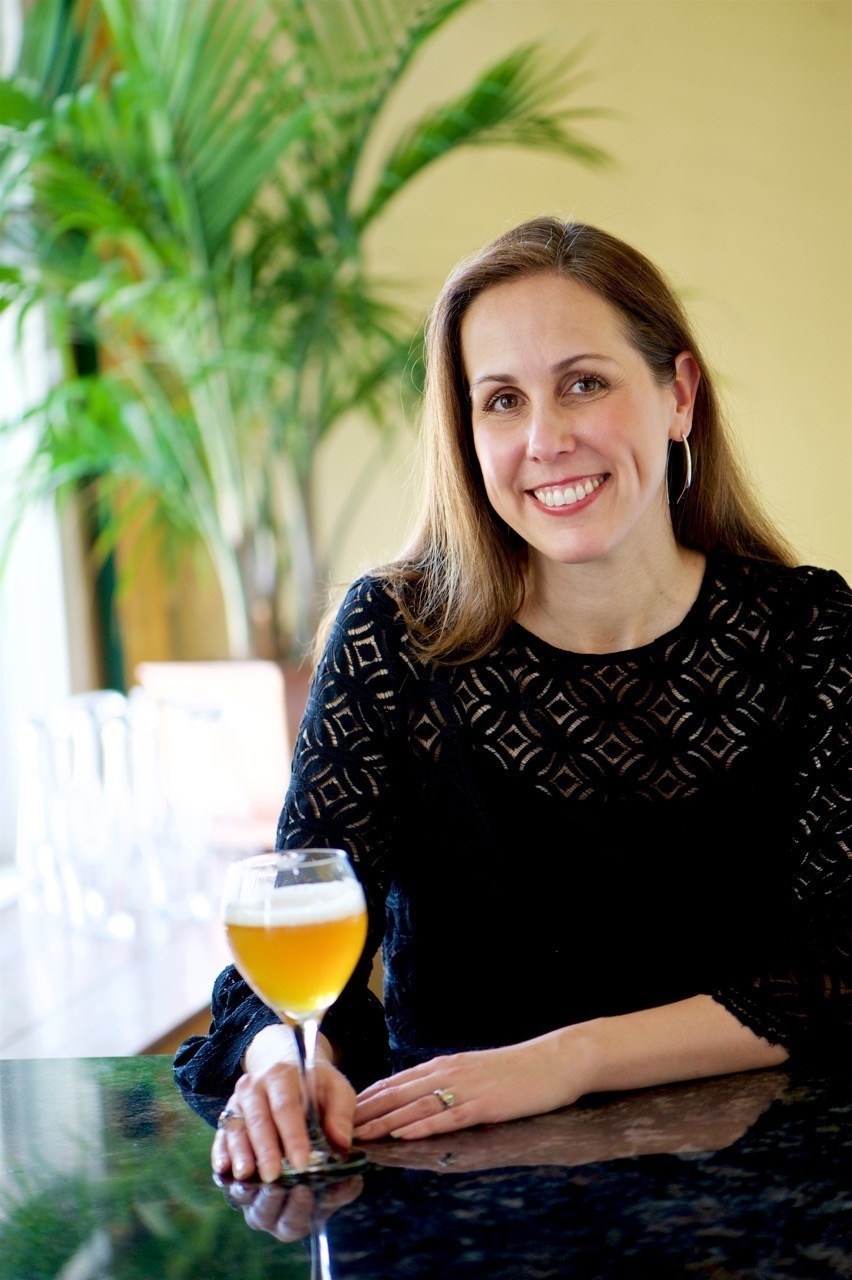 “Craft beer consumers are looking for new flavors and styles of IPA, and we feel Too Hop’d to Handle is going to stand out in the crowd of pale ales. We brewed the beer with several varieties of hops that normally aren’t used together. The result is a bold, confident IPA we think women will love.”

McGuire completed the Master Brewers program at the University of California, Davis, and was honored as an Associate with Distinction at the Institute of Brewing in London, England. She has spent more than two decades developing beers from the ground up at companies such as Alaskan Brewing Company and Anheuser-Busch.

Slingback and Too Hop’d to Handle will be initially available in 12-ounce glass bottle four-packs throughout the state of Florida and will be priced similarly to other premium craft beers. The beers will also be available on draft at Brew Hub’s tasting room in its brewery in Lakeland, Florida.