Posted on September 17, 2019 by DrinkPreneur in Marketing 0 Comments 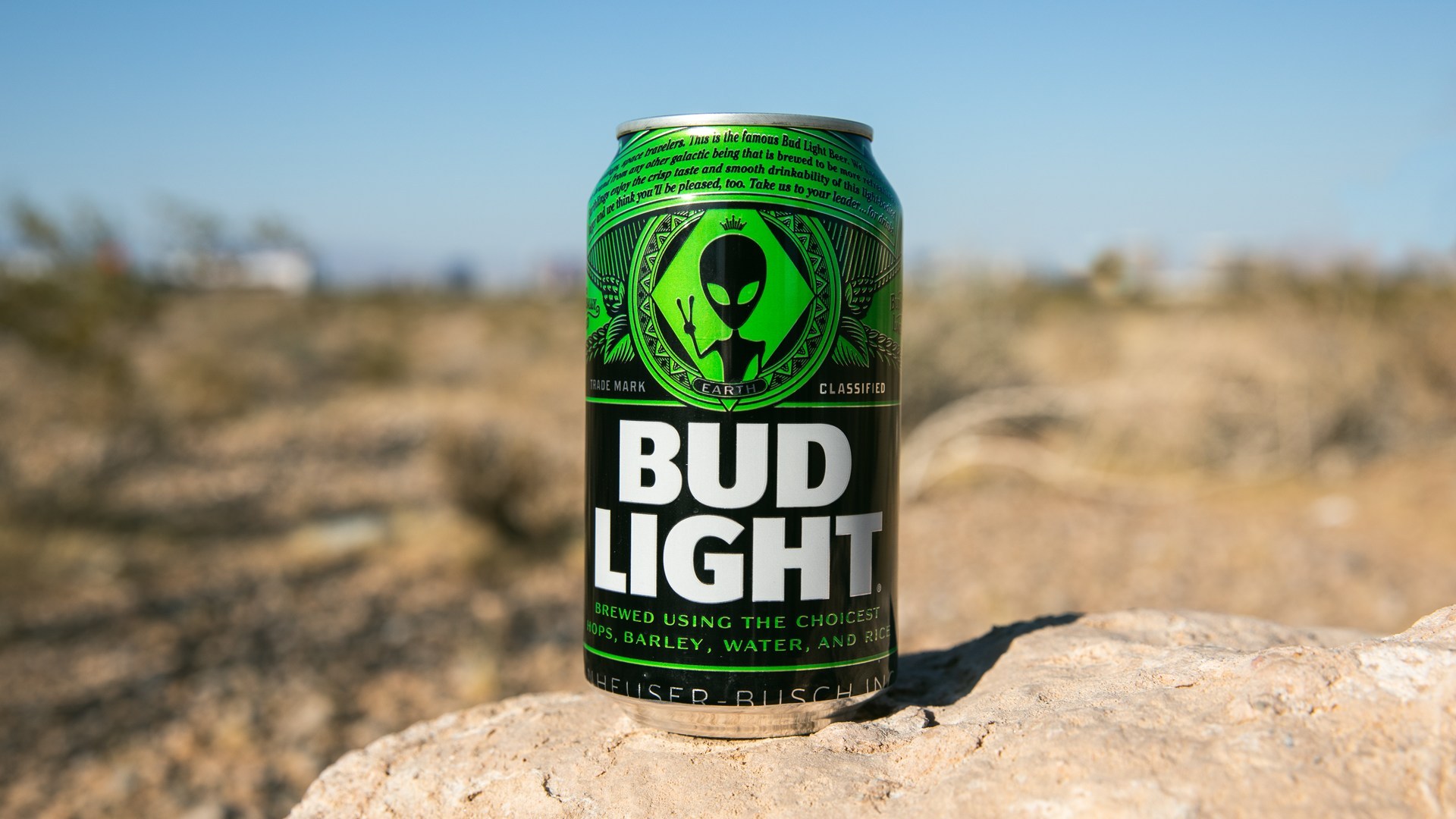 Bud Light announced it is producing an alien-themed Bud Light Can to share with any alien that leaves the sanctuary of Area 51 on September 20th.

In July, Bud Light had pledged free beer for all aliens who escaped and promised to create a limited-edition alien pack if this tweet received 51K retweets. While the tweet fell just short of 51K RTs, Bud Light aims to please and the consumer response was so great, they decided to make it anyway. The favorite light lager of American Earthlings has followed through and created the Bud Light alien cans for legal drinking aged humans and extraterrestrials to enjoy together.

A Bud Light operative unable to disclose their name for security purposes said, “The way we see it, we’d much rather people crack open a crisp Bud Light with alien visitors rather than storm Area 51. Nothing says we come in peace like sharing a beer with friends from another place or another galaxy. We promised to have beer waiting for any alien that wants it and we plan to deliver on that promise. Our hope is that humans stock up too because you never know when you might need some Bud Lights to welcome intergalactic neighbors.

Starting today, fans in Nevada, Arizona, and California will be able to purchase the Bud Light alien cans to celebrate the potential release of our otherworldly friends. The special-edition aluminum cans feature a green alien and black background as well as a new crest welcoming all extraterrestrials from near and far to crack a cold one.

For any aliens that escape or decide to visit Earth, Bud Light produced an alien-friendly fridge that’s stocked with plenty of Bud Light alien cans. The fridge is locked and includes an alien finger scan in order to open, to ensure the beer supply is available only to our extraterrestrial friends. Bud Light is staging the fridge in a coveted Las Vegas club’s VIP section at the Luxor Hotel and Casino that will be roped off and reserved exclusively for aliens to live it up. The VIP table invites aliens, 21 years or older, to join the party from September 13 – September 20 and toast to their escape while making a few new human friends over alien-themed Bud Lights. Bud Light is also sponsoring the Area 51 Celebration music festival on September 19 at the Downtown Las Vegas Events Center.