Posted on November 25, 2019 by DrinkPreneur in Marketing 0 Comments 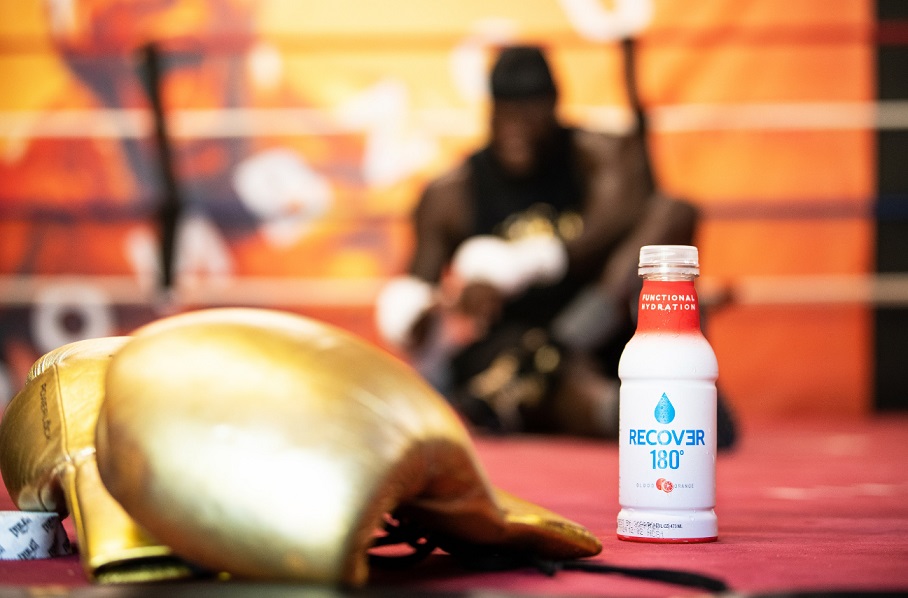 RECOVER 180, a premium beverage for functional hydration — made to optimize performance and recovery — announced today its partnership with a professional boxer, Deontay Wilder. The brand is set to further support this partnership as the official hydration sponsor at Wilder’s highly anticipated rematch against Luiz Ortiz II on November 23 in Las Vegas at the MGM Grand Arena.

Deontay Wilder, an avid consumer and supporter of the brand, has chosen to partner with RECOVER 180° as his go-to beverage to stay at the top of his game throughout training, competition and recovery. The scientifically formulated isotonic hydration blend helps to rapidly rehydrate the body at an optimal level – elevating athletic performance by combating dehydration and exhaustion. RECOVER 180° lifts athletic performance to the next level through its NSF Certified for Sport product that delivers essential vitamins such as C, B3, B5, B6, and B12, as well as plant-based extracts including milk thistle, aloe vera, ashwagandha, and ginseng; natural colors, natural flavors and organic sugar.

“As an athlete, I am constantly pushing myself to do more and be better,” says Deontay Wilder. “I need to fuel my body with the best ingredients and stay hydrated in order to perform at the top of my game and that’s why I have chosen RECOVER 180°. I’m excited to have them officially joining me in the ring this weekend. I wouldn’t have it any other way.”

“We are thrilled to partner with Deontay and to have the privilege to be there every step of the way, supporting him whether he is training at home or fighting in the ring,” says John Stout Jr., VP Business Development. “We know that proper hydration is key for athletes who need to perform at the highest level and our athlete partners turn to RECOVER 180° when their performance is on the line. We are honored to be by Deontay’s side at the World Heavyweight Championship rematch.”