Posted on December 13, 2019 by DrinkPreneur in Marketing 0 Comments 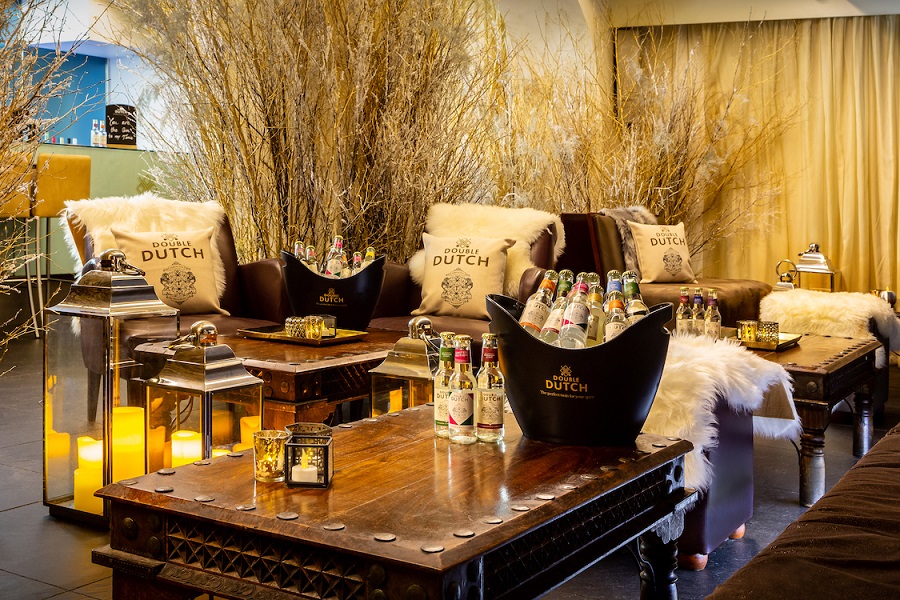 For hot spiced gin punches through to delicious filled naans, head to the fabulous new Double Dutch Winter Bar at modern Indian restaurant and bar, The Cinnamon Club. The award-winning premium tonic and mixer brand, Double Dutch, has taken up residency in the iconic Old Westminster Library to celebrate the arrival of its new limited-edition seasonal flavour, ‘Rhubarb & Pineneedle’.

Opening on 3 December and running until the end of January, this exclusive pop-up is designed to spice up any festive gathering. The destination bar below the restaurant has been transformed into a subterranean winter grotto complete with frost covered pine foliage and white winter florals. Add to this, lush faux fur soft furnishings, alpine forest installations and lounge seating and the Double Dutch Winter Bar at The Cinnamon Club is the perfect spot to escape the Christmas madding crowds.

The talented bar team at The Cinnamon Club have collaborated with Double Dutch to create a bespoke menu of cocktails and non-alcoholic winter warmers all using Double Dutch’s award-winning mixers – low in calories and free from preservatives and artificial ingredients.

Open seven days a week from midday until close, The Double Dutch Winter Bar can accommodate up to 70 standing with lots of cosy corners, banquette seating and booths to accommodate groups of 2 to 20.