Posted on August 10, 2020 by DrinkPreneur in Marketing 0 Comments 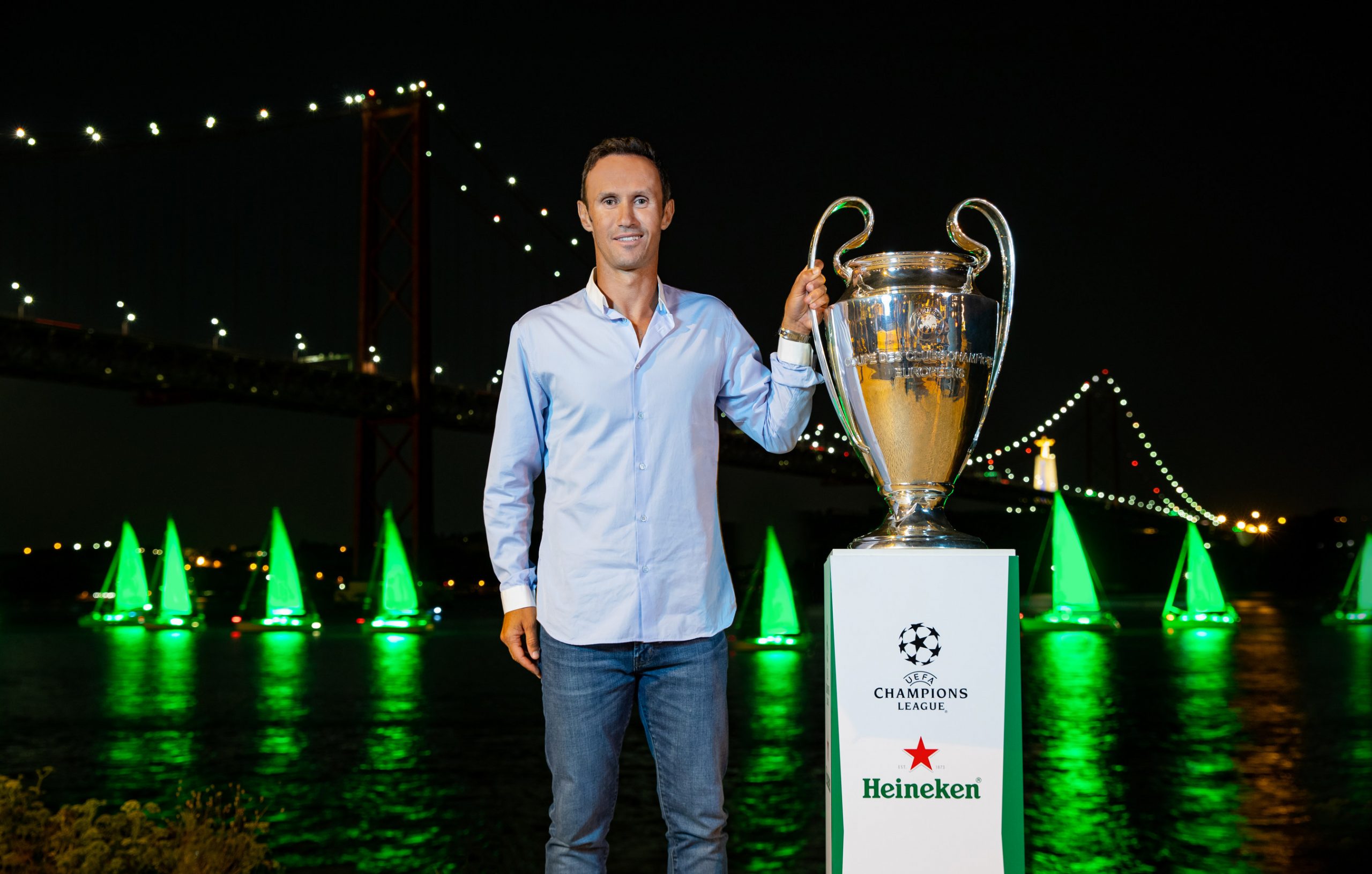 The wait is over. The UEFA Champions League is back and, to celebrate its return, Heineken has symbolically ‘painted’ the city of Lisbon, Portugal, where the tournament will reach its conclusion between 12 and 23 August.

The Portuguese capital has been gripped with anticipation since Wednesday, when the iconic UEFA Champions League trophy arrived in the gardens of Praia no Parque in the heart of Lisbon, ahead of the resumption of the round of 16 matches starting on 7 August.

UEFA ambassador and former UEFA Champions League winner Ricardo Carvalho stands beside the trophy on the banks of the Rio Tejo, as Heineken ‘paints’ Lisbon green to celebrate the tournament’s return.

Portuguese footballing legend, Ricardo Carvalho, winner of the UEFA Champions League with FC Porto in 2003/04, as well as playing for Chelsea and Real Madrid in the competition, helped to launch the Heineken campaign ahead of what is set to be a climax to Europe’s elite club competition like no other.

At the launch event held in central Lisbon, Carvalho introduced the latest Heineken campaign film entitled ‘The Wait’. The new campaign film which features Heineken Ambassador Thierry Henry, celebrates the return of the UEFA Champions League by paying tribute to fans who have creatively passed the time left by the absence of the competition during lockdown.

Heineken then surprised the whole city by ‘painting’ Lisbon green, lighting-up iconic landmarks. The colour green was selected because it is synonymous with Heineken brand.

Eight green-lit sailboats sailed the waters of the Rio Tejo and docked at the pier in front of Praça do Comércio – an emblematic square in Lisbon that for nearly two centuries was the palace of the kings of Portugal. Simultaneously, four famed Lisbon restaurants – Topo Chiado, Ferroviário, Ramiro and Praia no Parque – and a residential building in Largo do Caldas, were also ‘painted’ green.

Ricardo Carvalho, said: “After this exciting kick-off event ending in Heineken painting Lisbon green, the anticipation is even greater and we can’t wait for the drama of the UEFA Champions League to finally return.”

Hans Erik Tuijt, Director of Sponsorship at Heineken, said: “We, like so many football fans around the world have been patiently waiting for the return of UEFA Champions League football. Now the wait is over, and what better way to kick off the action in Lisbon than to bring attention to their iconic landmarks using the Heineken green.”