Consumers Want Bottled Water To Be Available Wherever Drinks Are Sold

Posted on January 14, 2020 by DrinkPreneur in Market 0 Comments 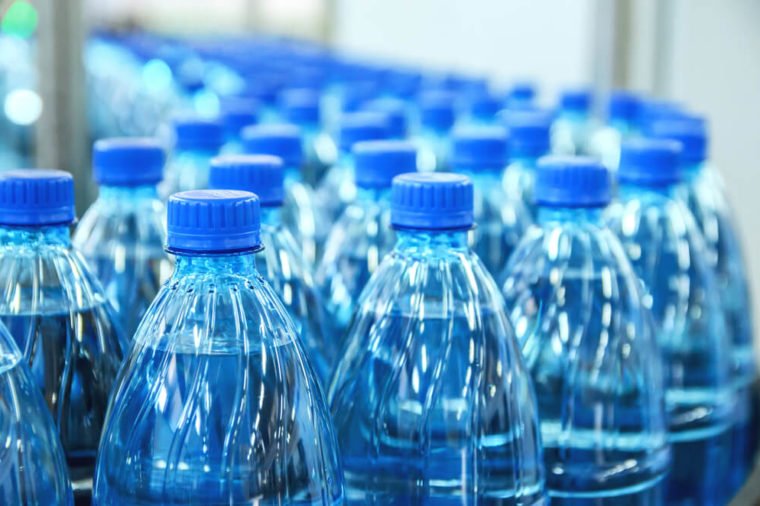 More than 9 in 10 Americans (91 percent) say bottled water should be available wherever other drinks are sold, according to a new national survey of more than 2,000 U.S. adults aged 18 and older conducted online by The Harris Poll on behalf of the International Bottled Water Association (IBWA).

Ninety-four percent of Americans said they have purchased bottled water, which aligns with news that bottled water continues to be America’s favorite drink, outselling soda (by volume) for the fourth year in a row in 2019, according to the Beverage Marketing Corporation (BMC).

“People are choosing beverages with fewer calories, so they are shifting away from less healthy packaged drinks and are choosing the healthiest option – bottled water,” says Jill Culora, IBWA’s vice president of communications. “People who make this switch are also helping the environment because not only are bottled water containers 100 percent recyclable (including the cap) but they also contain much less plastic than soda and other packaged beverages.”

Bottled water containers, on average, use 59 percent less PET plastic than other packaged beverages (9.89 grams vs. 23.9 grams for 16.9-ounce containers). Soft drinks and other sugary beverages need thicker plastic containers due to their carbonation and/or bottling processes.

“We are hearing from PET plastic recyclers that because of the consumption shift from soda to bottled water, their facilities need to recycle twice as many of the lighter weight water bottles to get the same amount of plastic resin they would have from soda bottles,” says Culora.

Of the bottled water drinkers who have a packaging preference (86 percent), nearly 8 out of 10 (79 percent) prefer it packaged in plastic bottles. Fifteen percent said glass, 4 percent said metal cans, and 2 percent said paper cartons or box.

When it comes to environmental concerns, 91 percent of Americans agreed that it’s important to recycle all recyclable consumer packaging, with 75 percent agreeing that plastic is a valuable resource because it can be recycled over and over again, and 89 percent agreeing that making new products from recycled material is better for the environment than using virgin (never before used) material. Nearly 7 out of 10 (69 percent) said consumers are primarily responsible for recycling water bottles, compared to companies (61 percent), government (31 percent) and a combination of all three (20 percent).

While most people drink both tap and bottled water (71 percent), those who drink only/mostly bottled water is up 2 percent from last year (39 percent, compared to 37 percent in 2018).

Not surprisingly, the survey showed bottled water (still and/or sparkling, unflavored and/or flavored and functional) is among their most preferred non-alcoholic beverages at 67 percent compared to coffee at 65 percent and soft drinks (regular and/or diet) at 57 percent, a 2 percent decrease from last year.

Calorie savings are enormous for people making the switch to water. “Given . . . the fact that roughly 30% of US adults drink one or more servings of SSB [sugar-sweetened beverages]/day, swapping water for SSB could reduce an estimated 3.9 billion calories from U.S. adult diets daily,” Kiyah J. Duffey, PhD, reports in the journal Nutrients. This is particularly relevant as the U.S. Centers for Disease Control and Prevention (CDC) last month released a peer-reviewed study published in the New England Journal of Medicine that found obesity in the United States is on the rise, and is predicted that by the year 2030, 50 percent of the population will be obese, with one in four people being severely obese.

Eighty-six percent of Americans say they should drink more water (up 4 percent from last year), and 89 percent believe that bottled water is a healthy and convenient beverage.

IBWA encourages consumers to make healthy hydration a part of their daily lives and pick bottled water as their packaged beverage of choice, whether it’s at home, at the office, or on the go. And remember – always recycled any plastic beverage container.