Posted on August 1, 2016 by DrinkPreneur in Beverage News, Packaging 0 Comments

Iced or chilled coffee has very much come in to its own, commercially speaking, both as a restaurant/foodservice and as a ready-made retail product option.  Among coffee drinkers, according to current Packaged Facts survey data, 10% drink iced coffee most often.  Conversely, only half of coffee drinkers exclusively take their coffee hot.

Cold brew iced coffee, moreover, is clearly having a day in the sun. Among U.S. coffee drinkers, 5% choose this slower, smoother, and less bitter brew most often.  More broadly, 14% report having ordered cold brew coffee at a restaurant or café.

In a June 27, 2016 press release on the launch of its cold brew coffee, Dunkin’ Donuts reports being the top seller of iced coffee in the U.S.  Iced coffee has helps Dunkin’ Donuts and other coffee purveyors compete in warmer months and increase visits beyond the breakfast dayparts, especially with younger customers.

Dunkin Donuts’ cold brew is marketed as “crafted by hand … in small batches and served each day while supplies last.”  Like Starbucks before, with its launch of a cold brew coffee last summer, Dunkin’ Donuts aligns with consumer demand for distinctive, limited-time experiences and hand-made, artisanal products.   The current cold brew craze, in fact, has its roots in neither fast food nor supermarket chains, but in local coffee shops and specialty roasters.

Dunkin’ Donuts describes its s cold brew as a “rich, smooth coffee with an inherently sweeter flavor reminiscent of dark chocolate.”  Framed by those encouraging words about flavor, cold brew is presented as pure black coffee–though customers can of course customize with add-ins such as milk and sugar. 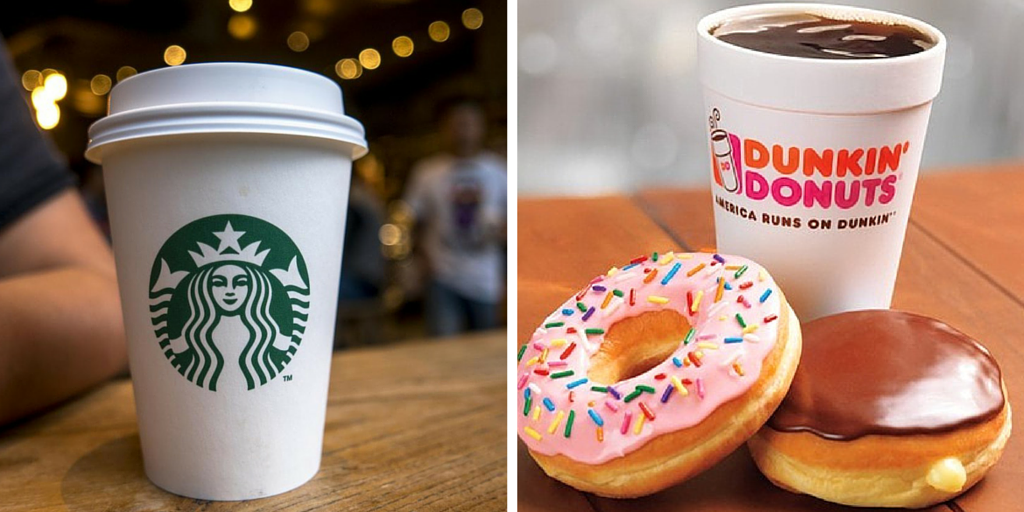 Cold brew black coffee stands out not only against a wall of donuts, but against the ubiquity of coffee drinks as liquefied desserts.  Iced (along with frozen) drinks more typically cater to a sweet tooth, as evidenced by Dunkin’ Donuts limited-time coffee drinks in candy bar flavors such as Heath or Almond Joy, cookie flavors such as Chips Ahoy or Oreo, and ice cream flavors such as Cookie Dough or Jamoca Almond Fudge.

Dunkin’ Donuts national launch of cold brew in summer 2016 comes a year after Starbucks’ own cold brew initiative.   Starbucks, however, hedged its bets more between black coffee and sweet, creamy coffee by marketing its cold brew as “available with house-made vanilla sweet cream.” 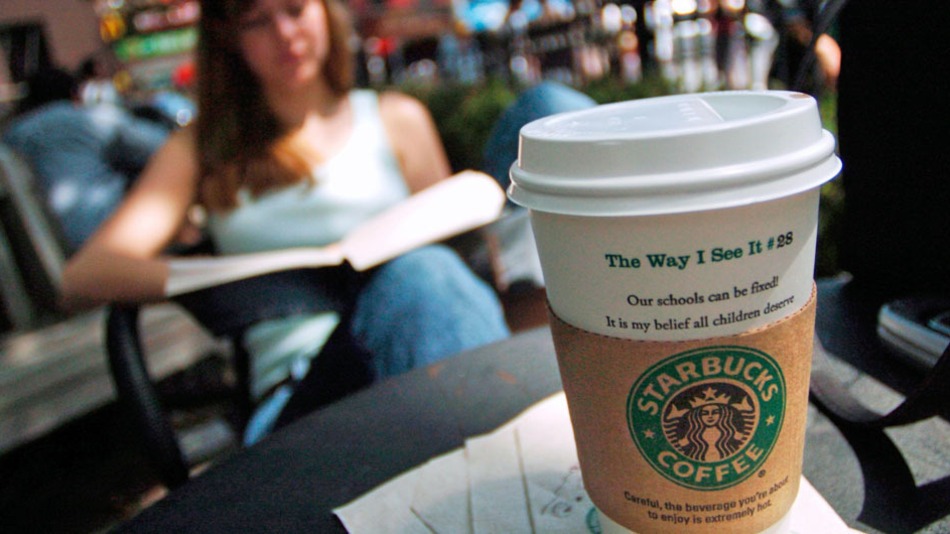 Despite their distinct brands and geographic footprints—Dunkin’ Donuts has a Northeastern stronghold, versus the Pacific Coast for Starbucks—the two companies have much in common, including about a third of their customer base.  Both are strongest in major metro areas, among customers with college degrees and with household incomes of $100,000 or more.  Overall, moreover, both have consumer bases that are significantly more likely than U.S. adults on average to be calorie-conscious, and to work at eating a well-balanced diet.

This calorie-consciousness may put wind in the sales of cold brew as a black coffee option, or at least as a sugar-free coffee and milk drink, according to Packaged Facts research director David Sprinkle, and may help Dunkin’ Donuts rack up some of Starbucks’ strength among younger adults.

“Dunkin’ Donuts chocolate-reminiscent but calorie-free cold brew should appeal disproportionately to health-conscious consumers, especially as a high-frequency drink,” according to Sprinkle.

“Younger consumers are also disproportionately drawn to bolder flavors, and nothing is bolder than black coffee.”