Posted on February 3, 2020 by DrinkPreneur in Packaging 0 Comments 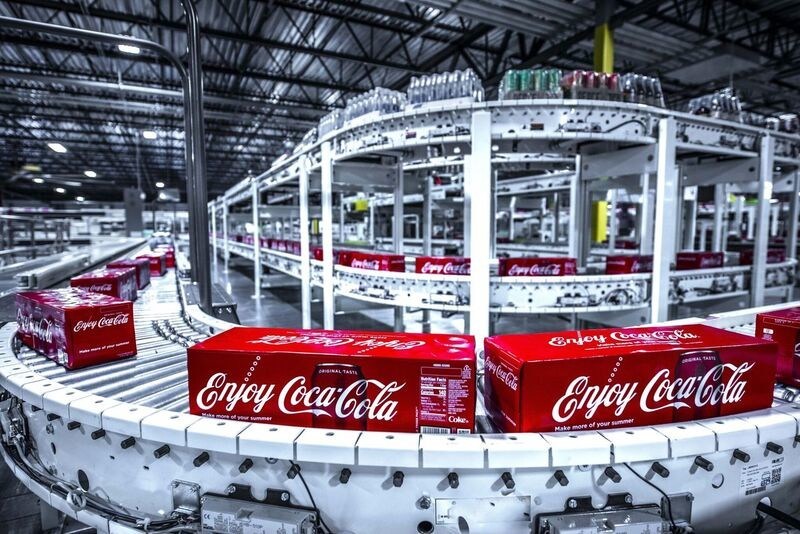 Atlanta Coca-Cola Bottling Company today celebrated the Grand Opening of its new $86 million sales center at 4913 Mason Road in Union City. The 456,000 square foot facility – which includes a sales and distribution center, warehouse, fleet shop, administrative offices and meeting space – represents one of the largest investments in a sales center in the U.S. Coca-Cola System. It sets a new standard in warehouse systems for the beverage industry, utilizing state-of-the-art technology that benefits both employees and customers.

“When we acquired the Atlanta territory in 2017, we made a commitment to being world-class in the way we serve this market, our customers and our communities. After all, it is the home of the worldwide Coca-Cola System,” said John Sherman, president and CEO of Coca-Cola Bottling Company UNITED, the parent company of Atlanta Coca-Cola. “This facility demonstrates – through its state-of the-art technology and the aesthetically pleasing environment – our commitment to honor our associates, customers and the communities where we operate and serve every day.”

“Coca-Cola UNITED’s South Metro Sales Center is a welcome addition to the hometown of Coca-Cola,” said Jim Dinkins, president of Coca-Cola North America. “As a valued partner in our U.S. bottling system, Coca-Cola UNITED continues to make incredible investments in Atlanta, creating more local jobs, bringing more of our beverage portfolio to store shelves, and doing more good to make a difference in our communities.”

The South Metro Sales Center will serve more than 10,000 customers throughout Atlanta who refresh some 2.8 million consumers annually with beverages from the expansive Coca-Cola portfolio. The facility, which has been operating since the end of 2019, serves the following counties in metro Atlanta: Carroll, Clayton, Cobb, Coweta, Dekalb, Douglas, Fayette, Fulton, Gwinnett, Henry, Newton, Paulding, Rockdale, Spalding, and Walton.

Approximately 750 employees work at the facility, which has a payroll of more than $41 million.

“This facility is one of the most technologically advanced sales and distribution facilities in the North American beverage industry, and it is one of the largest investments that has been made in a U.S. Coca-Cola sales center,” said Mike Suco, East Region vice president for Coca-Cola Bottling Company UNITED. “What a great testament to the commitment our company has to the Atlanta market and the thousands of associates who serve our customers and these communities every day.”

“We’re absolutely ecstatic about the state-of-the-art Coca-Cola UNITED facility joining our community and becoming part of the Union City family,” said Vince Williams, Mayor of Union City. “The strong investment of over $80 million dollars proves they’re serious about a committed relationship with the Atlanta metro area and the Union City community!”