Posted on May 18, 2018 by DrinkPreneur in Packaging 0 Comments 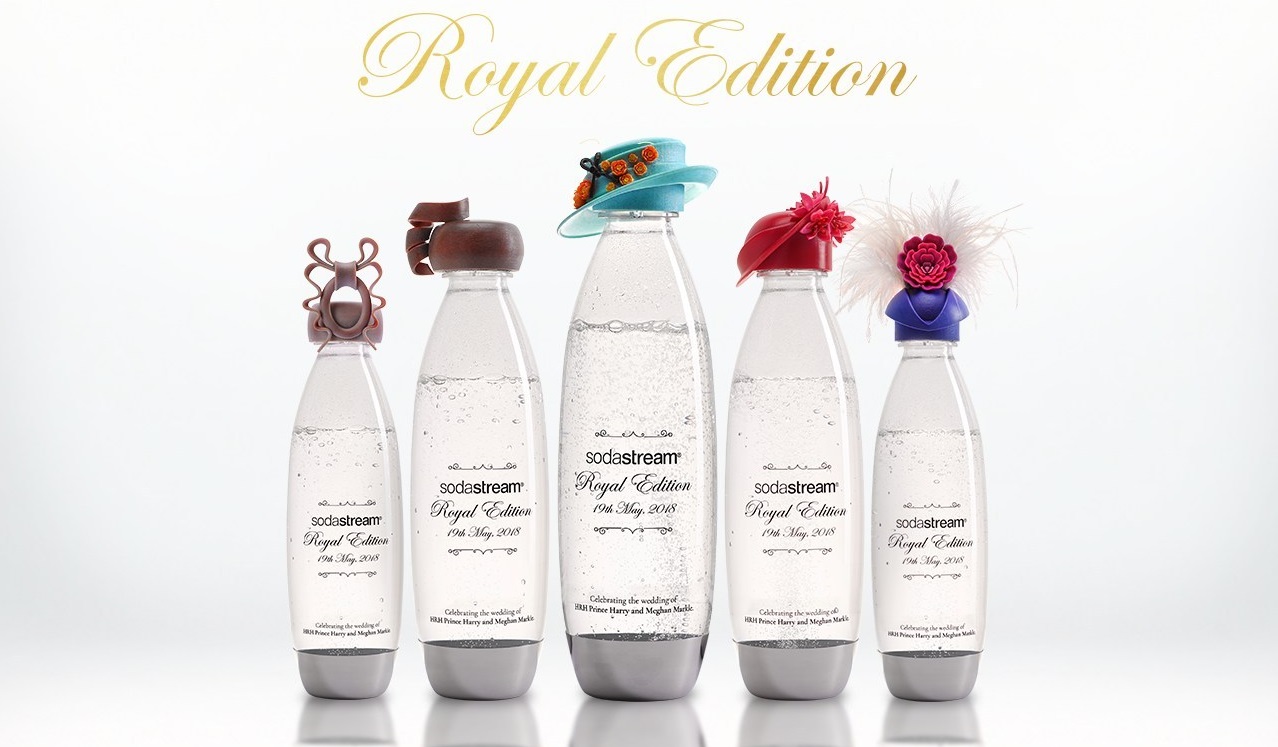 In celebration of the Royal couple’s dedication to the fight against single-use plastic bottles, SodaStream, the world’s largest sparkling water brand, has dressed up a set of limited edition bottles to be auctioned as a donation to the plastic-free charity – Surfers Against Sewage. As a driving force behind the removal of single-use plastic from the world, SodaStream is thrilled to shed light on this global hazard by donating all proceeds to Surfers Against Sewage, a charity chosen by the royal couple

“I take my hat off to the royal couple and wish them all the best in their marriage,” said Daniel Birnbaum, Chief Executive Officer of SodaStream. “I applaud them for embracing the cause of creating a plastic bottle free world and choosing Surfers Against Sewage as one of their official charities. I hope others will be inspired and join the cause.”

The set of miniature hats has been created using state-of-the-art 3D printing and is 100% recyclable. Each of the five exclusive hat designs is inspired by an iconic look previously sported by female royals. The concept was imagined by the Israeli innovation agency, Gefen Team, and developed jointly with SodaStream’s Global Marketing Team.

The limited royal edition bottles will be auctioned on royalsodastream.com and bids will be open to royal fans worldwide.

“Tackling ocean plastic pollution should be a top priority for governments, brands and people,” commented Hugo Tagholm, Chief Executive of Surfers Against Sewage. “SodaStream’s commitment to eliminate plastic and promote reusable bottles is a great step in the right direction towards plastic free coastlines, and sends a strong message to the beverage industry. This fun and quirky project to celebrate the royal wedding further highlights the importance of stopping the single-use plastic epidemic.”