Posted on April 18, 2017 by DrinkPreneur in Packaging 0 Comments 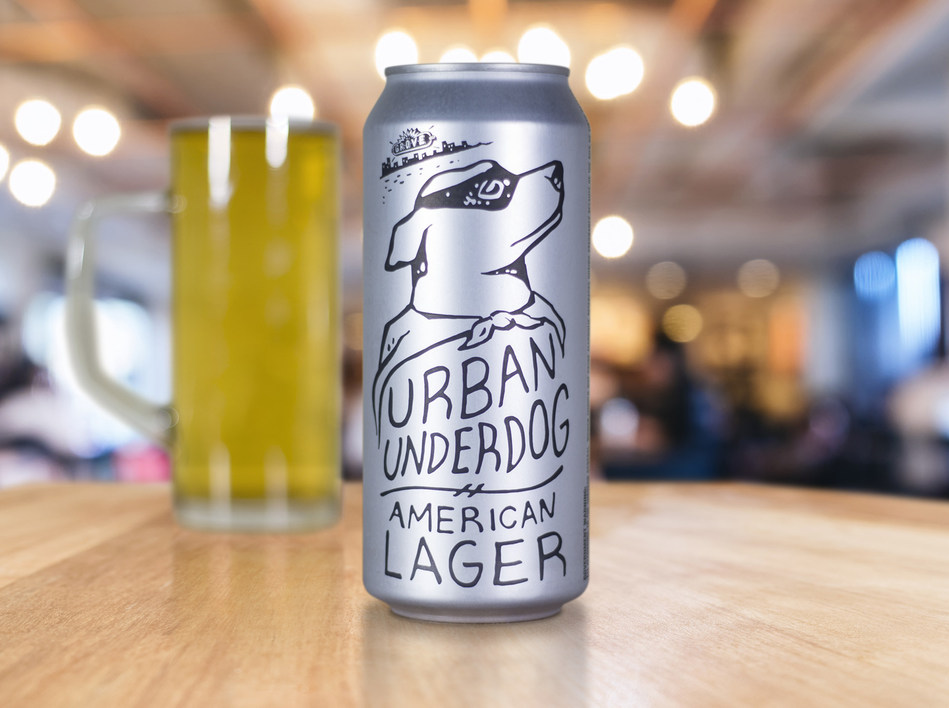 Urban Chestnut Brewing Co. (UCBC) has partnered with Ardagh Group to develop and release an on-premise only package for the city of St. Louis, available at local bars and restaurants. By packaging Urban Underdog, an American Lager, in Ardagh 16 oz. beverage cans with a special, eye-catching matte finish, Urban Chestnut has activated an innovative new look for the American staple in canned beer.

David Wolfe, President and Co-Founder, UCBC, says this new offering is indicative of the company’s efforts to expand its growing customer base. “From a brewing perspective, we’ve been primarily focused on offering our traditional, true-to-style European beers (our Reverence Series) and our modern, American craft beers (our Revolution Series), but Underdog sits somewhere in between,” he cites.

“Urban Underdog, as an American lager, has a wider ‘built-in’ appeal than our core offerings. And by packaging this beer style in these uniquely finished Ardagh cans, we’re utilizing the can’s surface to feature our brand with a simple design and shiny-yet-matted finish that provides the great product inside the can with an eye-appealing, stand-alone delivery vehicle – the beverage can.”

Claude Marbach, CEO, Ardagh Metal – Beverage North America, says the company is excited to support Urban Chestnut in its expansion efforts. “Growth in the craft beer market is being fueled by success stories such as Urban Chestnut,” he says.

“The Urban Chestnut team is creating unique offerings of quality and taste that are increasingly finding an audience and beverage cans are a great option in reaching a wider market.”

“Growing brands also benefit from the beverage can’s strong environmental advantages such as having the highest recycle rate of any beverage package.”

UCBC’s Urban Underdog compliments an array of craft beer offerings that include more than 30 products. Each beer is brewed under the guidance of Co-Founder and Brewmaster Florian Kuplent, who brings more than two decades of artisan brewing experience to the company.

From serving as a brewer’s apprentice in a small German brewery to developing award-winning beer recipes for one of the world’s largest brewers, Florian now shares his distinctive brewing creations with the craft beer enthusiast customers of Urban Chestnut.

Urban Underdog in special 16 oz. Ardagh beverage cans with matte finish are available in restaurants and bars in St. Louis, but, according to David, they may ultimately appear in the off-premise as well.

“This unique package and limited market approach is intended to explore the overall demand with the very large audience of American Lager drinkers in St. Louis,” he says. “If the market is what we believe it to be, we anticipate our Urban Chestnut products being available in fine regional grocery and liquor stores very quickly.”