Nootropic Beverages Will Be The Norm, According to Koios

Posted on October 5, 2016 by Ugne Butkute in Beverage Startups 0 Comments 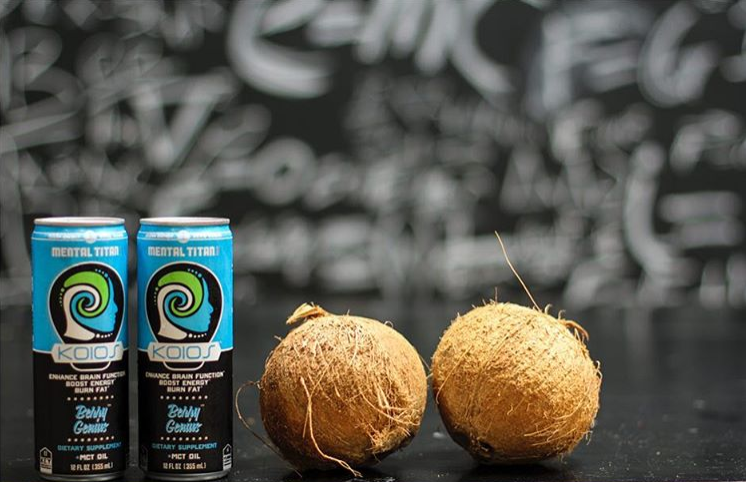 Every single day, many people are involved with mental work which requires concentration, creativity, and memory. However, there are just so many distractions these days, which makes it really hard to concentrate for a long time. Recently, nootropic beverages have become more and more popular among individuals who work in offices, because of the beneficial aspect of these products. Today, I am talking with Chris Miller, the CEO of Koios nootropic beverage.

Many people are not yet familiar with nootropic beverages. Can you tell us more about them?

I can’t speak to any other drinks in the market but KOIOS is designed to enhance brain function, boost energy and burn fat naturally. Our drink is organic and we do not use any preservatives, artificial flavors, colors or sweeteners of any kind. A nootropic beverage is, or should be targeting actual brain function. Instead of just putting loads of caffeine with some flavoring into a can – nootropic beverages use ingredients that target the brain specifically.

A true nootropic beverage should increase the overall function of the brain allowing the user to increase memory, focus, mental stamina and cognition without over stimulating the body. Over consumption of caffeine can lead to all sorts of issues – adrenal fatigue, higher cortisol levels, crashes and much more. Nootropic beverages is energy 2.0. Its a new IPHONE. Its the best technology available to boost human productivity.

Energy drinks are the equivalent of using a flip phone. In ten years supplementing the brain will not only be more common then supplementing the body it will be the standard. Nootropics are the next step in human evolution. Its a fun idea to discuss. What if we could all get more out of our brains? Nootropic beverages, will eventually replace the average energy drink, especially as the technology gets even better and new compounds are discovered. The age of anything you put your mindto, is going to become much more of a reality.

How did Koios get started?

I was a collegiate athlete. I have always been competitive and into bio hacking. When I left college I realize physical stature had nothing to do with future success in the work place, or at least the work I had chosen. I did what most people do to be more productive in an office setting. Deprived myself of sleep, drank massive amounts of energy drinks and coffee and even started using adderall and other synthetic drugs to enhance productivity. It is a very slippery slope.

The lifestyle I was leading started to ruin my life. So, I started looking for natural alternatives – earth grown options – that would allow me to get the most out of my brain, my body and my productivity.

How can I mimic the short term benefits of adderrall but at the same time build my brain long term like a muscle. I spent years working on a formula. Once I had something I liked we partied with some of the biggest nutraceutical labs in America and developed our capsule.

Very early on, once we saw the success of the capsule, or goal was to develop a drink. Many people do not like the idea of swallowing caps. I knew to get nootropics into the main stream we would need to find a delivery system that people are comfortable with. The drink was born.

What are the biggest benefits of Koios?

Could you tell us more about the people who created Koios? Do any of them have experience in the beverage industry?

It seems that difficulty concentrating when performing mental tasks is a common problem these days. In your opinion, what are the main reasons for that?

Its the entire lifestyle that western culture has birthed. Quote from the Dalai Lam: 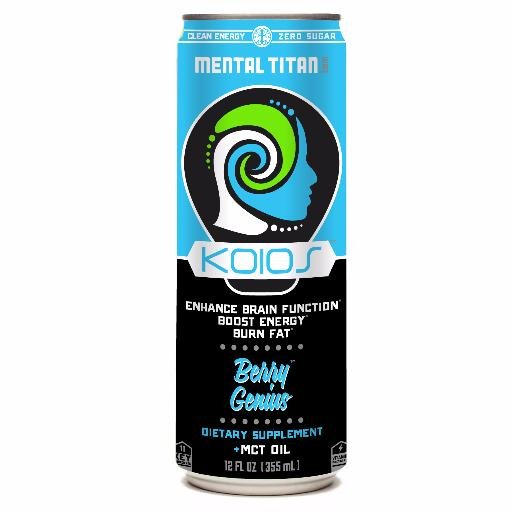 Social media also makes it hard, even if your married. You spend all day texting your spouse, then when you get home you throw some dinner in the microwave and turn on the tv, and tag each other on social media whilst sitting right next to each other. In some aspects the human touch is dying. Instead of taking that time to sit down, make each other food and speak – we turn to media.

Our diets are fundamentally poor. Even if you eat well today – most likely while you were growing up you lost IQ points due to pesticides and harsh chemicals found in processed foods. Some of that damage can not be repaired.  (Harvard Study concluded we have lost billions of IQ points due to the poor diets we have had in last decade.)*

WE stress to much. We over extend. Even whilst we are at work, we allow phones, emails etc to bombard us.

All of these lead to a distracted and fractured brain. We try to over compensate with caffeine but ultimately that runs out for us as well.

Social media has become a huge part of our daily lives. Do you think it has an impact on lack of concentration? Why?

Yes – above covers some of that. It causes to be constantly comparing. Constant distractions. Elon Musk was so focused as a kid his parents thought he was def. We are so acutely aware of the un important that we gloss over the deep importance of most subjects. Social media, although great, has cause the majority of us to only be 1/2 present in most things. 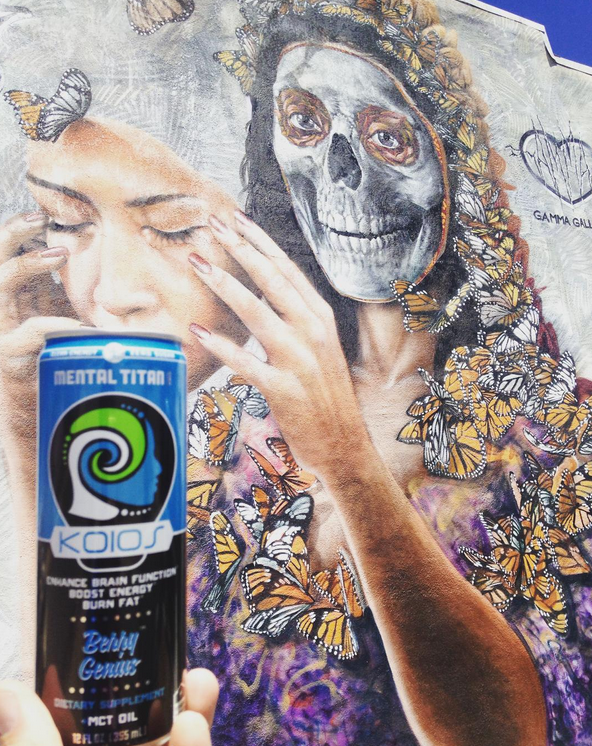 Koios comes in two different flavours. Are you planning to release more flavors?

Yes we have several sky’s coming out including an enhanced coffee line and a soda line.

Koios nootropic beverage products are available in the United States. Are you planning to go abroad? Why?

We sell internationally via the world wide web. We would love to have an international presence. Everybody can benefit from what KOIOS can provide. We want to share our products and vision with the world as we believe it will make the world a better and more productive place.

What is the future for nootropic beverages? Do you think the popularity of this type of drink will increase? Why?

I think just like cell phones replaced pagers – nootropic beverages will be the norm. If you can get x10 the benefit from a nootropic beverage that you could get from a regular energy drink or coffee and feel better in the short and long term why wouldn’t everyone want that?

Additionally the world is going to demand that future products not only have a short term benefit but they are ultimately healthy. Nootropic beverages are the future. You will see all kinds of iterations of this.

Drinks that create performance enhancement that also contain probiotics. Again if we can make the technology better why wouldn’t we. That is one of our main goals at KOIOS. To provide human productivity that provides short term benefits along with long term health benefits. 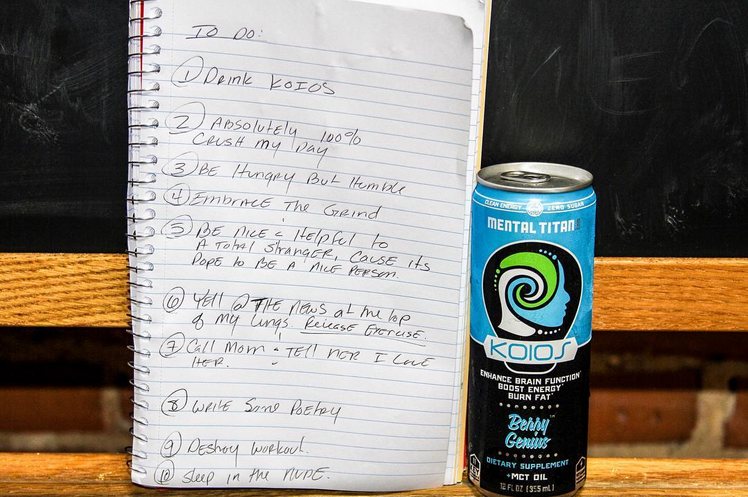 I am excited to see where nootropics go. I believe we are at the very start – the first cell phone – the technology and science will advance so quickly and we will see huge leaps forward in what will be available.

These future compounds, in my humble opinion will allow the human race to develop brain function at a level I am not sure we can totally comprehend yet.  Imagine if we could all focus like Elon Musk.  What a weird and wonderful world that would be.

For more about KOIOS visit their page.