The Most Interesting Beverage Brands from 2016

Posted on March 29, 2017 by Ugne Butkute in Beverage Startups 0 Comments 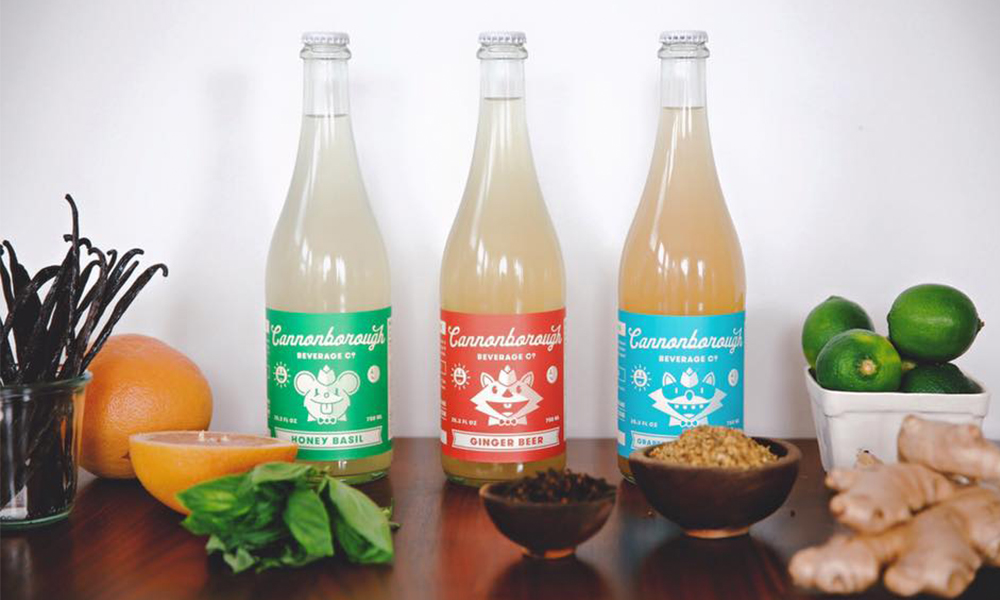 2016 was a colorful year full of surprises and remarkable events, especially for new releases in the beverage industry. From start-ups to well-known brands, 2016 was a year full of innovation and creativity in the world of drinks. Here’s my list of the most remarkable new drinks from last year. 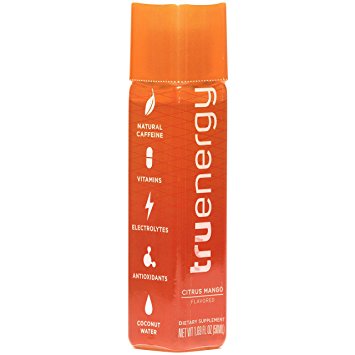 TruEnergy is perfect for vegetarians and gluten- or dairy-sensitive consumers. Instead of sugar, its sweetness comes from maple syrup and stevia. If that weren’t enough, then its packaging is super convenient for taking anywhere, and it’s 100% recyclable. From the product itself to its marketing strategy, TruEnergy is a promising brand with a clear vision and innovative design. 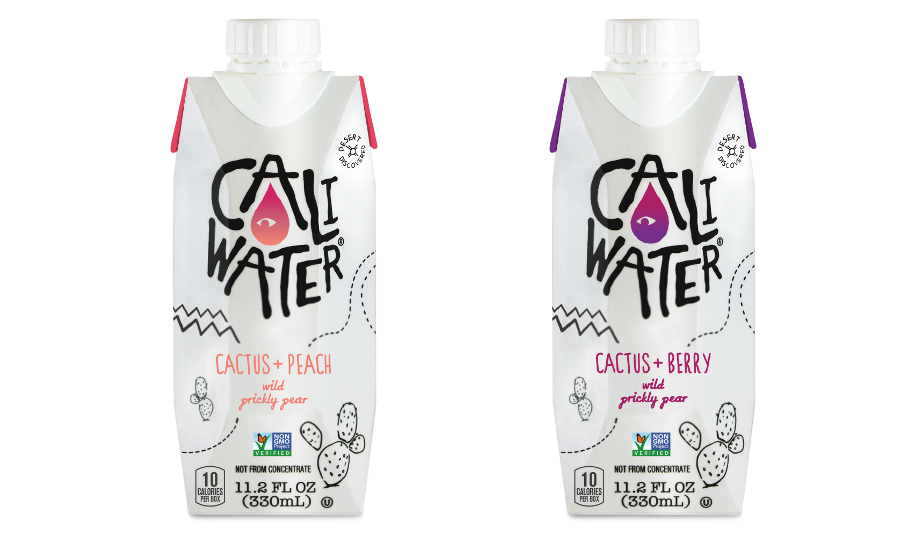 Caliwater entered the beverage industry in 2014 with prickly pear-based beverages that made quite a splash. In 2016, Caliwater introduced two new flavors—cactus berry and cactus peach—to expand its portfolio.

Simply put, Caliwater stands out among other great releases because the brand has developed an interesting product with a marketing strategy that works perfectly. Caliwater has far more than trendy packaging and well-managed social media sites, and the idea behind the brand gives drinkers a special feeling from the very first sip. No matter where you taste its prickly pear-based beverage, Caliwater makes you feel as if you’re standing in the middle of the desert—free, careless, and yet thoroughly refreshed.

Many of my coworkers bring healthy smoothies to work in order to keep their stomachs happy and their minds as sharp as possible. That’s why I believe that Genius and similar products have massive potential in the market. In 2016, Genius played its cards right by changing its packaging and product from a coconut water-based drink to a protein-focused one.

Given the variety of coconut water-based beverage brands on the market, it’s becoming increasingly difficult to compete. However, with the right formula and communication strategy, Genius protein smoothies might become one of most popular products in its category.

Released in 2016, Alta Palla is relaunching in March with the same four flavors. Its sparkling water already comes in three flavors: peach, grapefruit, and its most popular, lemon. Now, its new fourth flavor—wild cherry—gives consumers the opportunity to taste something different. Since Alta Palla’s first release, the brand has made few changes, which gives it additional value.

When it relaunches, Alta Palla’s packaging will take four differently colored labels that are brighter and, in my opinion, far more attractive. Moreover, the formula of its drinks will improve by saying no to sugar, calories, and sweeteners. Altogether, Alta Palla will continue to have healthier beverages with a new look and taste.

In early 2016, WellWell released its cold-pressed juice line and, throughout the year, updated its primary line with a few improvements. For one, the amount of calories and sugar has been cut. With those changes, the beverages contain fewer than 100 calories and only 20 g of sugar per bottle.

WellWell comes in one flavor: a mix of watermelon and tart cherry with hints of biodynamic lemon. With the right marketing strategy, great packaging, and fantastic taste, WellWell should easily become one of the most-wanted cold-pressed juice brands in the United States. 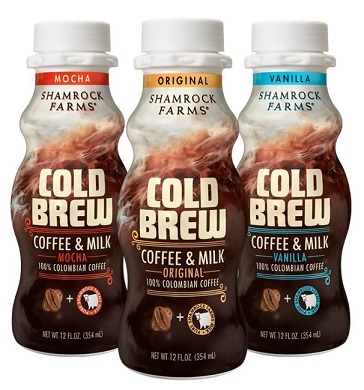 Despite the many interesting cold brew coffee brands in the United States and Europe, they are nearly all the same, except for different packaging and marketing strategies. However, Shamrock Farm’s new line of three different cold brew coffees—original, vanilla, and mocha—stands apart by being heavy on milk for a mix whose coffee taste doesn’t overwhelm.

Usually, there is little doubt about what’s a beverage and what’s a food. However, Cave Shake can give the impression of both at the same time. With a base of coconut milk, the product is a meal replacement for vegan consumers, and its unique outlook on beverage products makes it fun. For consumers looking for healthier food and beverage products, Cave Shake makes it easy with three basic, but tasty flavors. Though coconut water has been on the market for several years now, Cave Shake makes gives coconut milk a brand-new ingredient.

If you’re looking for liquid food, then Zupa Noma—part beverage, part food—will rock your world. Though designed to look like a beverage product, Zupa Noma is actually soup that comes in six flavors. Such hybrid products often need a range of flavors to expand their pool of target consumers.

Zupa Noma has great packaging that makes drinking (or eating) the product quite convenient. Moreover, with the famous Ayesha Curry to represent the product, Zupa Noma has had little trouble spreading the good word. In all, Zupa Noma definitely has a taste and style that consumers won’t forget.

Launched in 2015, Sap! Maple Water changed its packaging design and packed in even more maple power in 2016. Sap! isn’t just another maple water product line, but a brand boasting maple soda and maple seltzer to attract consumers seeking more interesting refreshments than regular soda. Sap! Soda has 90 calories and a rather high 16 g of sugar per can. However, consumers looking for a slightly healthier option can try Sap! Seltzer with only 50 calories and 9 g of sugar per can. 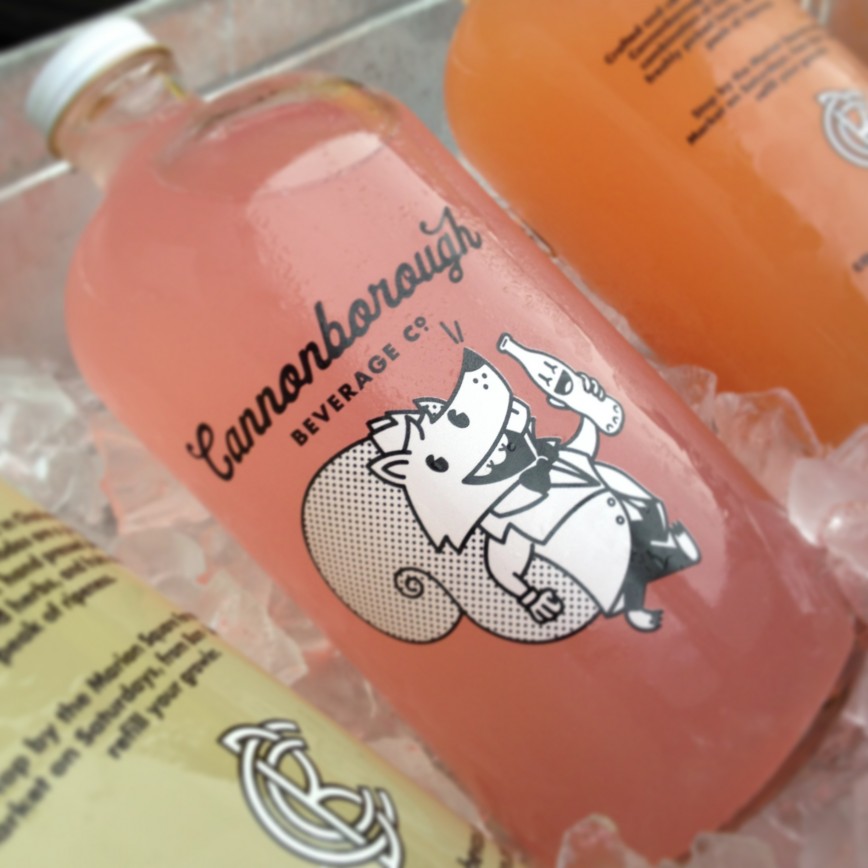 Speaking of sodas, I simply can’t finish this list without Cannonborough Soda. Its small-batch beverage line comes in three different flavors with super cute animals on the labels that immediately catch your attention.

Although Cannonborough launched earlier than 2016, it received far more attention last year due to its endless charm. The brand was created by three friends, so it’s not hard to guess that each flavor represents one of them. Hand-made small batches from a true friendship can’t be anything else but a true success story.

2016 was a remarkable year for the beverage industry. Many interesting brands were released that I believe will reach their target market and become well known among consumers. For me, however, the brands above made the most lasting impression, given their mixes, simplicity, and uniqueness. I hope that 2017 will bring even more brands worth trying and falling in love with.