Posted on February 13, 2020 by DrinkPreneur in Product Reviews 0 Comments 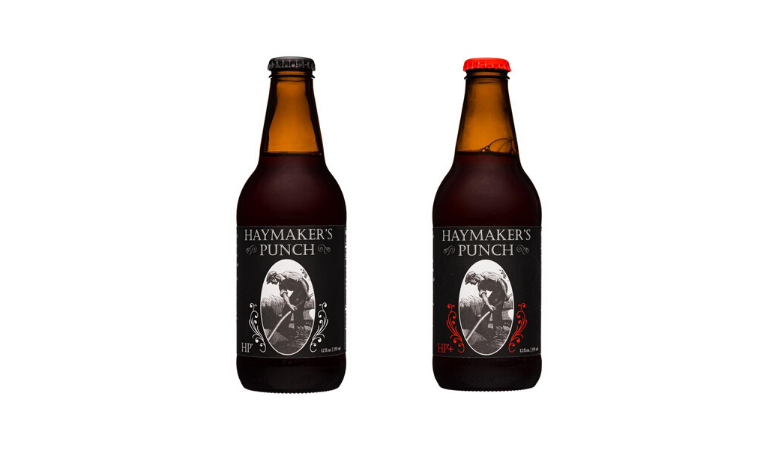 Switchel is having a moment, and Haymaker’s Punch is bringing their best recipe AND an added boost. Haymaker’s Punch calls switchel “America’s original sports drink”, and they’re not far off! Switchel is an apple cider vinegar, ginger, and honey-based drink that has been used by farmers since around the 1700’s to hydrate and boost electrolytes. Haymaker’s Punch switchels come in attractive 12 oz amber glass bottles with a bottle cap top. The labels show a black and white illustration of a farmer cutting hay, giving them an overall “old world” appeal.

Haymaker’s Punch is made with Apple Cider Vinegar, Dark Cherry Juice Concentrate, Honey, and Ginger Juice. Their HP+ recipe has an added 70mg of caffeine. Both versions are 100% USDA organic, certified gluten-free, and contain NO artificial preservatives! They say the natural electrolytes and antioxidants in their switchel could help give your energy a boost WITHOUT any nasty artificial ingredients! They also donate 10% of their profits to aid American family farmers, which we love!

The classic Haymaker’s Punch recipe was one of the best switchels we’ve tried! Some switchels can be too sharp and acidic, making them difficult to even stomach. This one was overall smooth and balanced, with just the right amount of bite from the organic Apple Cider Vinegar. The honey comes through nicely and gives the drink a warm flavor and aroma, which we found both soothing and refreshing to drink! The original HP flavor had a clean finish with no coating in the mouth, which is another issue we’ve had with other vinegar-drinks in the past! Sweet, tart, warming, and rejuvenating!

There’s not much for us to say here, but that’s a good thing! Because the HP+ version of Haymaker’s Punch tasted fairly identical to the uncaffeinated version! We couldn’t detect any aftertaste or change in texture at all! The only difference may be that the honey flavor is slightly more pronounced in HP+, but the difference was minimal! We love that they give you the option of going for a classic switchel or giving yourself an extra boost, with no compromise on taste! HP+ is still 100% USDA organic( even the caffeine!), certified gluten-free, and free of synthetic preservatives! 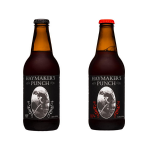