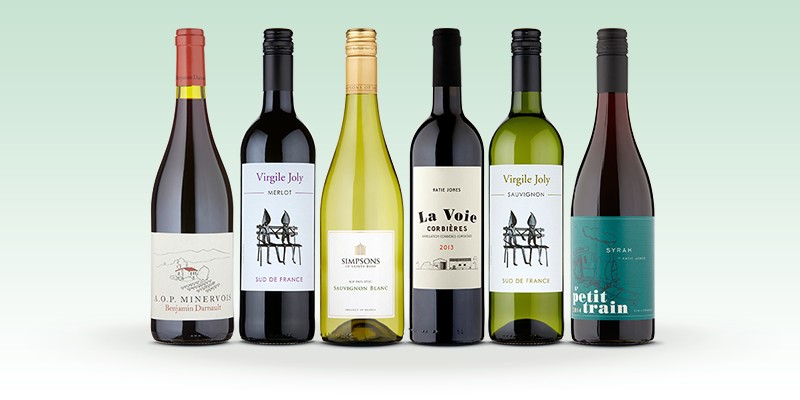 Being seen online is just as important nowadays as having a good brick and mortar store. A strong online presence is vital for marketing and getting your brand out there. But the online world never stays the same, with updates changing what is important on a regular basis. It’s not easy to get to the top and stay there. So, if you have a company that’s sitting in peak position, it’s probably a good idea to build on that. Naked Wines, however, have done just the opposite.

Each year at Salience we release a report that looks at how companies in various markets are doing online. The first market report released in January was the Alcohol Retailers Report. From this report, we identified which retailers have a rare vintage of an SEO strategy, and those who’s strategy is corked.

One of the most important factors we look at in the report is visibility. Doing this, we compare brands across a number of keywords in the alcohol niche. Competitive keywords and opportunities are looked at. Finding each brand’s visibility score allows us to rank them in order of who is most visible in the Search Engine Results Pages (SERPs).

Over the past year, the alcohol market has stayed pretty stable overall, with an overall visibility loss of -0.07%.  However, within the market, there has been some massive movements, and possibly a big mistake by Naked Wines.

Topping our chart is Majestic Wines, who have gained this spot from third place last year, thanks to a visibility increase of 38%. However, at the end of last year, Naked Wines announced that they have sold Majestic Wines (stores and brand) to focus on the online retailer Naked Wines (who have suffered a four-place drop last year, seeing their visibility declined by -48%). Seeing as Naked Wines was all the way down at position nineteen, only time will tell if this move was a good idea, or if they should’ve kept with Majestic. If their team can do with Naked what was done with Majestic, they may be able to climb, but like a fine wine, a good SEO strategy takes time to mature.

There has been a bit of a jiggle around the top twenty, but the biggest movements are seen much further down. The Bottle Club, for example, has seen their visibility grow by an impressive 788%, which has seen them climb by eight places. If they keep doing well they could see themselves maturing to be an online giant for alcohol.

On the other hand, Wine Direct has had a leaky barrel of an SEO strategy. Losing -92% of their visibility has seen them drop down a massive twenty-one places.

The coming year is likely to see a number of updates disturb the market, and so everything could change quickly, for better or worse. One to watch though has to be Virgin Wines.

Virgin has increased it’s range late last year, so that they now sell craft beer and over three hundred spirits. They are moving from being a wine-only retailer, with plans to become a one stop online shop for drinks.

And so far, they are doing well. They have seen growth in their visibility of 86%, taking them from position twelve to position six. Expanding their range has allowed them to increase their target keywords, making them a competitor for many more alcohol brands online.

Trends In The Market

The past five years has been quite steady with the top five brands in the Alcohol Market. However, from the graph below, you can see that Majestic Wine and Fortnum & Mason are clear leaders:

However, as Fortnum & Mason sells more than just alcohol, this interest is likely to not be just on drinks. It is also only during peak (mid to late December) that they overtake Majestic Wines in the trends.

Master Of Malt have seen a slight increase each year, especially at peak. So it looks like this company is on the rise.

Majestic Wines have also had increasing interest year on year. With each peak being better than the last. So, have Naked Wines made a huge mistake?

The above graph shows that., actually, selling Majestic Wines might not have been as big of a mistake as it seems at first glance. Overall, interest in Naked Wines has outcompeted interest in Majestic Wine. So, Naked are potentially a bigger household name. People go to them direct and don’t necessarily have to come across them when searching for a wine-related keyword.

If you would like to find out how your company is faring online, head over to Salience to request a report.

Nat Took is PR and Outreach Executive at Salience Search Marketing. In her spare time she enjoys reading and travelling, which she also blogs about.

View all posts by Nat Took →