Baseball Brothers Invention Raised Over $10,000 In The First 48 Hours

Posted on November 10, 2016 by DrinkPreneur in Beverage Innovations 0 Comments 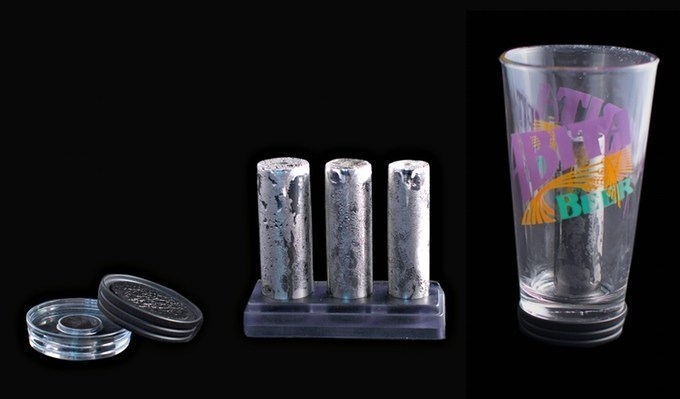 Siblings Nick and Stephen Piscotty have been on the baseball diamond for as long as they can remember, but last year they had another brilliant idea that took them from the field to the pint glass. Nick, founder of The Beer Bit who was also a standout pitcher for Duke University and drafted by the Kansas City Royals in 2011 works alongside his brother Stephen who is a major league slugger for the St. Louis Cardinals.

Both brothers are avid craft beer lovers, but found one glaring issue that nobody had addressed in the beer industry. That problem was figuring out how to drink their favorite brew consistently at the ideal temperature.

“As a craft beer drinker myself, I know how important temperature is to my experience. There simply is not another product similar to it,” said Stephen Piscotty.

Last year, the idea came to Nick that would be the solution to the problem. For the last 12 months, Nick has been working tirelessly to perfect his product and he has now achieved that with his patent pending product, The Beer Bit. Much like red wine and white wine, temperature has a huge influence on the drinking experience.

This concept of maintaining various temperatures for different styles of craft beer is the fundamental basis for the development of The Beer Bit. Each Beer Bit is calibrated to maintain the ideal consumption temperature of a particular style of craft beer from Lagers, Wheats, IPAs, Belgian Ales, to Stouts.

Since launching the Kickstarter campaign on October 18th, the Piscotty brothers raised over $10,000 in their first 48 hours and have already raised over 110% of their funding goal with 3 weeks still to go.

“I am incredibly humbled by the success of the Kickstarter campaign. We had no idea going into our campaign that we would be able to hit our goal within days of our launch,” said Nick Piscotty.

The Beer Bit’s patent-pending magnetic technology distinguishes The Beer Bit from any other ‘whiskey stone-type’ products on the market and, fortunately for beer enthusiasts, it is designed for the best adult-beverage on the planet: craft beer. Their magnetic coasters allow you to easily use The Beer Bit’s technology with any of your favorite pint glasses.

“This is by far the coolest Kickstarter I have seen this year and the best beer related Kickstarter ever!” said Venture Capitalist Jeff Brokaw of SierraMaya360.

In a 15 minute time lapse test, a pint glass with The Beer Bit kept beer a whole 15 degrees colder than a pint glass with no product. With three weeks remaining, there is still time to check out the project live on Kickstarter. The Beer Bit team plans to ship out their product in early 2017 and plan to be in retail stores by next summer.