Posted on August 9, 2017 by DrinkPreneur in Beverage Innovations 0 Comments 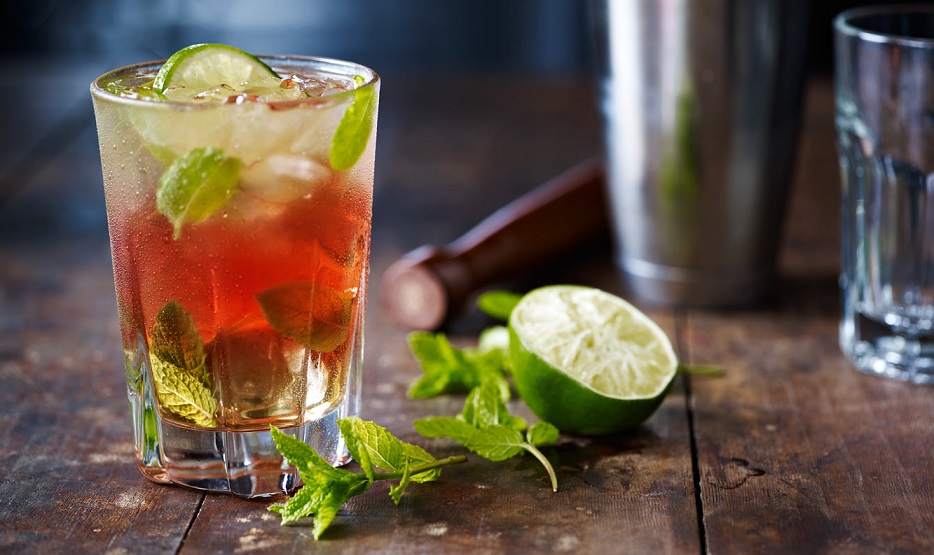 As the first rays of the sun fell on the financial capital of the country, came the showtime for Food Summit 2017. Described as an Educational Affair on Food, the essence of the event was bridging the gap between different sectors of the Food Industry, streamlining the process and creating better awareness and management flow of the market.

People from Manufacturing, Processing, Food Business Operators, Distribution channels, Food Safety Officials from organisations empowering and guiding the stakeholders, etc., graced this event with much fervour. The topics were far too interesting to give it a miss and within minutes of registration, our event at the J.W.Marriott, Juhu saw a blockbuster opening. People came in, not just from Mumbai, but areas adjoining and those in other states as well.

The session began with Introducing yourself and your company to the others at the event. This helped break the ice and instant business developments could be anticipated. After the round of introduction, Mr. Ashwin Bhadri, Equinox Labs, gave a brilliant start to the conference by highlighting the aspects necessary to scale your Food Business. It was highly inspiring, considering the growth of business takes 10X more efforts than when beginning a food business.

Mr. Ashwin Bhadri’s oration was followed by Mr. Ravi Wazir, who guided us on ‘Engaging your team to align their practices with your Food Safety Standards.’ He left the audience spell-bound during the session, while the audience bombarded Mr. Wazir post that! Several questions about processing, why safety is necessary, how to juggle between compliance and business – he answered all the queries with ease. His one particular line highlighted the core of the session, ‘When the Food Safety Official picks up a sample of your product for testing and ensuring compliance, you shouldn’t be the one sweating.’

This was followed by Meghna Kamdar, an Internet sensation from Meghna’s Food Magic, whose passion lies in preparing different recipes which are budget friendly. Her cooking videos, especially bakery sessions are known profoundly, about which she added her insights. She mentioned about her journey, the hardships she came across as a chef and star in the industry were worth listening to for people who want to overcome their hardships.

The next sub-event was the highlight of the conference – Innovative Food Business of the Year Award. We had 5 Nominations for the Award and another joined in on the D-Day. This was divided into two slots – Pre and Post Lunch.

The first slot included Mexer Beverages, Insta Green Tea and Icelings. Mexer Beverages presented an unique concept to us – enjoy the flavours of a great mocktail without having to visit the bar. Insta Green Tea packaging and preparation of green tea was the innovation – just add hot water and sip away your healthy hot beverage. Icelings had a twist that the water used was of extremely pure water, while the packaging was the best we had ever seen in a ice industry.

Both the audience and the jury were the deciding factor in judging the Best of the 6, which was to be announced at the end of the event.

With the end of the Slot I – Innovative Food Business of the Year award, we had the Networking session which was combined with the tea break. People, who were looking forward to make associations with each other for the growth of their business, had some lovely conversations. People stepped ahead to make their acquaintances known and several business developments were seen to bloom.

After a quick tea break, the people gathered back, with Ms. Subha Nishtala from AFSTI taking the wheel forward. Her session on Scientific Perception of Food Safety in the Processing Industry (FSSAI and it’s developments) was the most revered session. Her knowledge on FSSAI, it’s regulations, recent developments and the positive effect it will have on Food Businesses, was mentioned in detail here. She was constantly surrounded by FBOs who had countless queries in mind, but these very people walked away with a smile and lots of solutions.

Following Ms. Subha’s informative session was a Panel Discussion on ‘Food Processing, Food Safety and FSSAI’. The key pointers of the panel discussion were:

Leading the Panel, Mr. Ashwin Bhadri was accompanied by Ms. Shalaka from BP, Ms. Subha, Mr. Karan Rathod from Ushvina Foods and Mr. Tushar Malkani from Supreme Hospitality. They had brilliant points to put forth considering all the sub-points mentioned above. Together, they paved way for a Food-Safe flow which is necessary for a compliant and high-standard industry.

Post the discussion, the people gathered for the supreme and delicious lunch served in the buffet area. Whilst this, Food Summit team spoke to the guests and asked for their opinion on the event. Another round of networking for guests to come together and collaborate on projects and spread the wings of the business.

Chef Tushar Malkani, from Supreme Hospitality, was the next to deliver a unique and innovative session, post the lunch. His deliverance was based on ‘Food Technology and its uses in the Future’ which included edible coal ice-cream, molecular food and other culinary trends. He received a huge round of applause for bringing to light, the different unique ideas that are both healthy and innovative to inculcate in the food industry.

The next in line was the Slot II – Innovative Food Business of the Year Award 2017. In here, Mandalas Impresa presented their Exotic Chocolates, Seedy presented their Smoothies, while Future Farms presented the technology for agro business. The demonstrations of each were concluded by the audience and Jury taking a call on the winner.

Meanwhile, Dr. Ajay Sati of BP spoke on Food contamination in Cafeteria, highlighting the importance of Food Safety from Procurement to Plate. The session was focussed on the catering sectors particularly, which forms a crucial part of food restaurant and servicing industry. His oration was particularly useful for people working in the food corporate business and MNCs.

Mr. Ashwin Bhadri gave a final session on 13 Ways to protect Yourself from Consumers. This was focused not just on the food safety and compliance point-of-view, but was generic towards bringing together all the factors which make, or break a Food Business!

Post this, our second round of Panel discussion commenced. This centered around the Streamlining the Ancillary Food Sectors for Safe Logistics and Distribution. It consisted of Moderator Mr. Nilesh Lele from AFSTI, Mr. Karan Rathod of Ushvina Foods, Mr. Altamsh Patel from TajSATS and Mr. Yagnesh Shah, Partner: Harihar Oils. The key points spoken here were:

After a quick high-tea, the event came to the end. On behalf of the Food Industry, Food Summit team felicitated Mr. Satish Arora, the mentor of Chef Sanjay Kapoor of Khana Khazana with the Lifetime Achievement Award. Mr. Tushar Malkani presented a Plaque of Gratitude for his Tremendous Contribution in the Field of Gastronomy.

We like to thank our Knowledge Partner, AFSTI for guiding us throughout the event. We would also like to thank our Media Partners Drinkpreneur, HospiBuzz, FnB News, FnB Buzz, Urban Lifestyles, Food and Beverages Processing Magazine and Food Marketing and Technology India for spreading across the word.

Lastly, we would like to thank iFy – an event by UBM, for supporting us throughout the event!

Food Summit 2017 will be back soon to bring a new set of information to it’s audience.