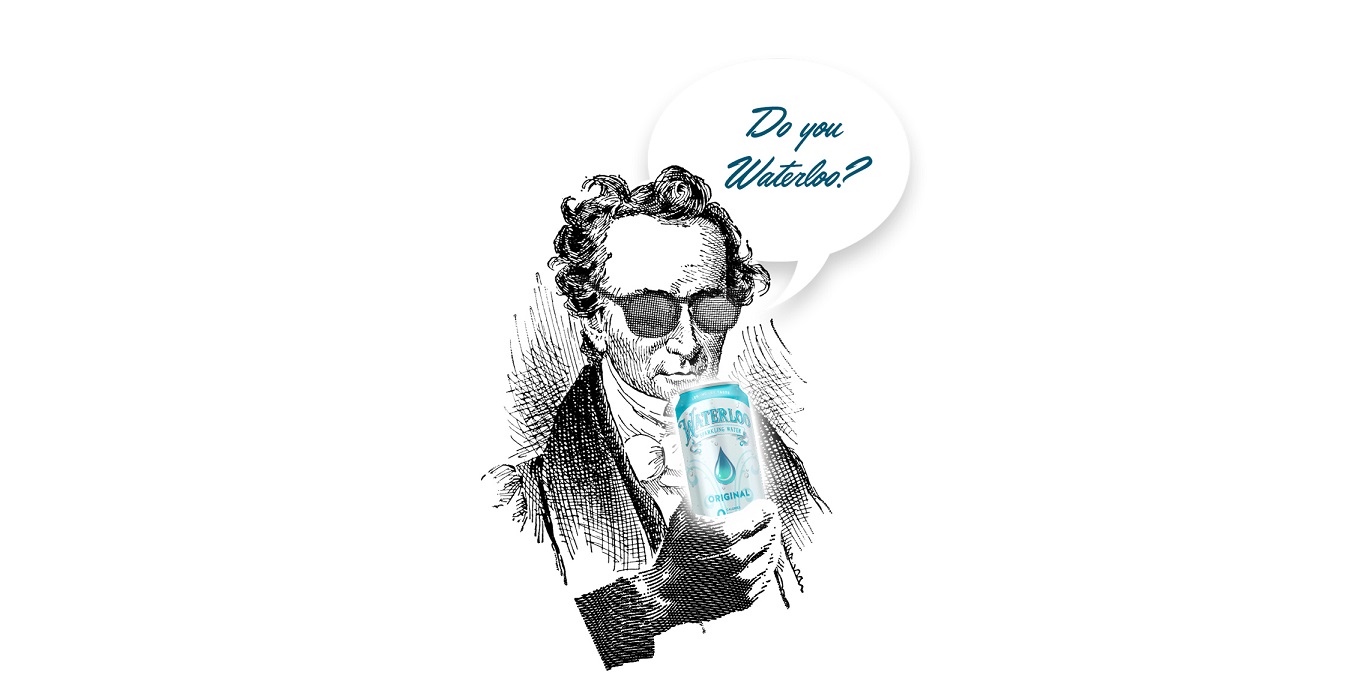 Waterloo Sparkling Water, a bold new sparkling water brand, will hit shelves nationwide in early September 2017. It’s a new take on the exploding category, which is poised to double in size over the next several years. Waterloo intends to make its mark by focusing on true-to-fruit flavor & aroma by delivering a much richer, more authentic taste than anything else on the market. Waterloo also promises a bigger, brighter bubble, packed in a traditional 12-ounce can, and sold in 12-can fridge pack cases. It’s canned and produced in Central Texas but expects to have additional production facilities across the country as demand grows.

“We can’t wait for consumers to taste Waterloo,” says Founder and Chief Marketing Officer Brandon Cason. “We know they want healthier products without having to sacrifice taste.  Waterloo Sparkling Water delivers big but has zero calories and no sugar,” Cason added.

Waterloo will come in 7 flavors including Original, Black Cherry, Watermelon, Coconut, Lemon, Lime & Grapefruit at a target price point of $5.99/12-pack.  The company also promises additional flavors & secondary packaging to launch in the near future. Waterloo packaging is colorful, bold, and instantly classic. The cans and their case pack will be easily recognizable on shelves with their rich colors and imagery.

Waterloo will initially be available in all U.S. Whole Foods Market locations beginning in September, and coming to additional great retailers soon.

“We’re excited to be partnering with Waterloo on their upcoming launch,” said Jillian Shimskey, grocery category manager for Whole Foods Market. “Their commitment to great quality and value aligns with our own, and we believe Whole Foods Market shoppers will love the ‘true-to-fruit’ flavors in their convenient and artfully-crafted cans,” she added.

The founders at Waterloo have assembled a top-notch team. Jason Shiver, former President of North America at Amplify Snack Brands (SkinnyPop) recently came on board to take the reigns as CEO of Waterloo.

“We have an unbelievably dynamic team,” says Shiver. “We’ve been able to recruit best-in-class talent who have worked at iconic brands from Apple to SkinnyPop to Deep Eddy Vodka and everything in between. Waterloo is poised to be a huge player in the ever-evolving beverage industry,” he added.