Posted on April 29, 2019 by DrinkPreneur in Beverage Innovations 0 Comments 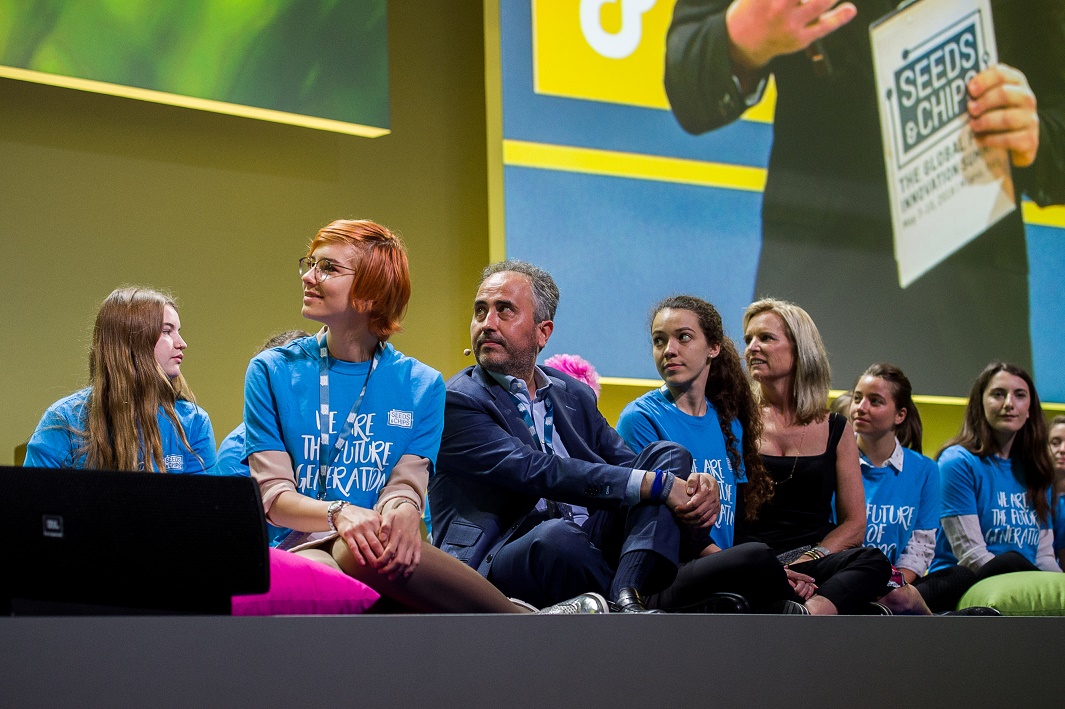 The Call for Teenovators has just closed, gathering young innovators from all corners of the planet. The contest, organized by Seeds&Chips – The Global Food Innovation Summit with Francesca Rava Foundation – N.P.H. Italia, was aimed at teenagers who are passionate and determined to change the food system and face the great global challenges, guided by the UN Sustainable Development Goals: 49 presented projects. The selected candidates will have the opportunity to inspire the leaders of today and tomorrow during the fifth edition of Seeds&Chips, from 6 to 9 May at Fiera Milano Rho.

“Greta Thunberg, with her perseverance, has brought the environmental emergency we are experiencing to the attention of the world’s adults. Greta will be in Italy today to meet the Holy Father and the Institutions, but she will also be in the streets alongside thousands of Italian youngsters to ask once again to act immediately” – says Marco Gualtieri, President and founder of Seeds&Chips – “But how many young people like Greta exist? Few people know that there are many young and very young people who are committed to change things, who design innovative solutions for the protection of the environment and to encourage more sustainable lifestyles. These young people have always been the protagonists of Seeds&Chips. Like Ayrton Cable for example, who three years ago, at the time 13 years old, was already a source of great inspiration for me. It is only by listening to these young people that we can realize how the new generations have already changed their ways of thinking and acting of the new generations”.

“We are enthusiastic about the synergy with Seeds&Chips because an important part of the mission of the Francesca Rava Foundation – N.P.H. Italia is to educate young people to respect themselves, the others and the environment that surrounds them” – says President Mariavittoria Rava. “N.P.H. (Nuestros Pequeños Hermanos – Our little brothers and sisters), who represents the Francesca Rava Foundation in Italy, has been changing the lives of many people for over 60 years, with the motto “one child at a time, from the street to graduation”. Through our activities in schools and international Camps, we listen to the fresh and motivated voice of many young people, who do not have often the opportunity to express themselves and have their talents be valued. The partnership with Seeds&Chips, allows us to give many deserving young people the unique opportunity to bring their ideas to the table of today’s leaders and in that way be “influencers” for a better future.”

Since its very first editions, Seeds&Chips has been a stage of honor for many very young innovators who, even this year, will be actively involved in the Summit’s rich programme. Teenovators (13-19 year old) and Young Pioneers (20-25 year old) from around the world will open the thematic sections and bring their revolutionary ideas to the attention of guests and the public. Each conference will be attended by an under 30 speaker; in addition, the established format GiveMe5! is dedicated to young startuppers, where they will have the opportunity to meet top leaders and present their project in 5 minutes, ask questions and draw inspiration for the future.

Greta’s “fight” and the mobilization of #FrydaysforFuture testify that the environmental and sustainability revolution starts from the young. Seeds&Chips will give the space and voice to some of these young people who have already started a transformation in their countries of origin. Such as Nikita Shulga and Sophia-Christina Borisyuk, both 13 years old Ukrainians, who through their projects introduced in more than 230 ukranian schools canteens, a compost system for the organic waste called “Compola” also supported by local institutions.

Or Haaziq Kazi, a 12-year-old Indian, who since 2017 has been looking for funds to build his prototype of a ship powered by clean energy,” Ervis” capable of removing especially plastic waste from the oceans. Another example, Gitanjali Rao, this year included by Forbes among the top 30 under 30 for Science. The 13-yearold, hit by the contaminated water scandal at Flint in Michigan, created Tethys, a compact device based on carbon nanotubes that detects the presence of lead in water.

In 2017, Gitanjali was awarded the title of Best Young American Scientist. Such as the 16-year-old Italian Giorgia Mira, the “Greta Thunberg” from Bari who, following the example of the young Swedish environmentalist, has the dream of involving her peers in the battle to defend the Earth.

Genesis Butler, an activist for animal rights and environmental protection, is also an ambassador for “Million Dollar Vegan”, the organization that runs the global campaign to combat climate change through changing food. Genesis has offered a million dollars to the Holy Father if he agrees to a vegan diet for the whole of Lent. Alongside them also Zuriel Oduwole, 16-year-old American, already a voice and symbol of many African girls.

Zuriel met and interviewed 28 Presidents and Prime Ministers one-to-one on global political issues and became the youngest person to have a profile on Forbes. Or Xóchitl Guadalupe Cruz López, just 9 years old, who made a water heater from recycled materials to help the poor and the environment. His next goal is to bring the prototype into the homes of indigenous communities in Chiapas; and finally, even Ayrton Cable, founder of WAFA Youth, who at just 16 years old is one of the youngest entrepreneurs engaged in social work and in the search for more ethical food. He has already received several awards and recognitions and has already participated at Seeds&Chips in 2016.